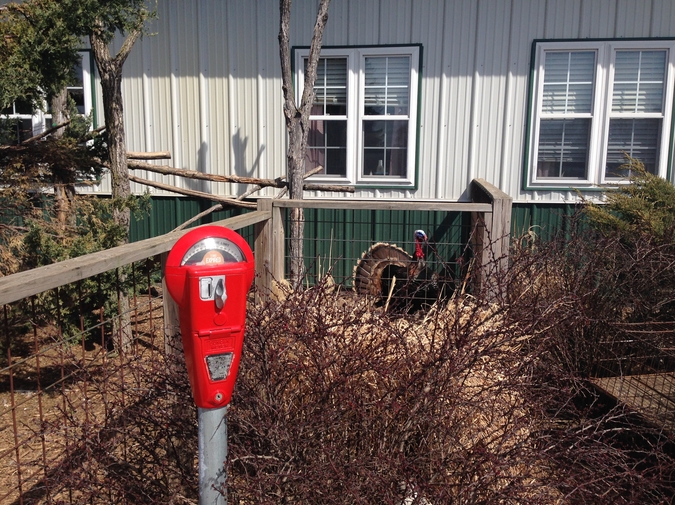 I used to part masses. To wade through throngs of children cheering. Boogie would press play on the cassette, and I’d come through the crowd instead of take the aisle. I’d roll on the trampoline and stand above a field of pumping fists. We didn’t have to recruit fans from the arcade or playground. We didn’t cancel matches because the audience was the rest of the card. After a victory, I could surf kids back to the garage. But nothing’s what it used to be.

Today, I’m supposed to job to some oboe player. With him come women, two basics, and a boy who sits through my entire entrance anthem. My cousin, Charlie, brought some dude who vapes, and my neighbors are out on their porch. Most of the yard is aisle.

I know what people say. Backyard wrestling’s bullshit. The matches are fixed and the cuts are scheduled—or maybe they think we’re all psychos, motherless hooligans smashing our bones against each other in the hope of feeling something again. All that’s true, and more. Charlie’s divorce wrung him out. It ruined his relationship with every decent joint in the city, except my backyard. Boogie’s little girl has leukemia—he can’t ever quit that khaki soul-suck with benefits. He needs the sun on his powerbombs, fresh air and a hip-toss. I still come to be famous.

I high five my cousin, bounce a few times on the trampoline, and climb down to let the one from the wind ensemble enter.

At first, I beat the couch cushions in my mother’s basement. As “The Death-Defying Reinhardt,” the outfits I imagined changed depending on the latest movies I’d seen or comic books I’d read. The stools from the bar stood as corners of the ring and old campaign lawn signs were unforgiving steel chairs.

Then at fifteen, we started the Willow Bluff Wrestling Federation. I broke refrigerator boxes over Boogie’s head. He mashed my back against his chainlink. The bloodier the shows, the more kids showed, football players and tabletop gamers and theater girls. We fashioned a championship belt out of a dead lifter’s leather strap. I still have it in my wife’s closet.

Oboe does two backflips and shows off his splits. Boogie rings the bell.

We bounce a bit, arm bar, trade backhands across our chests. He whispers for me to take a shoulder breaker, so I sell it and yelp. He returns the favor with two legdrops. The boy has his face in his phone, the sun cooks the trampoline’s black mat, and my ankle is still sore from turning it two weeks ago.

The best show we ever had was Boogie’s return from a broken arm. We bought two card tables to toss each other through and packed the grass with the rest of the graduating seniors. We each promised to take one fall. But Boogie got enough gasps after the first one, he told me to double up.

I looked at the crowd and held up a finger. “One more?”

“One more,” they chanted.

The second table sliced Boogie from belt to shoulder blade. We called the match and the football players grumbled their way back to their parents’ cars. Boogie apologized. “My back wasn’t straight,” he said. We thought we’d blown the federation’s chances. Just the opposite. Boogie was legend in that school afterward, and the masses made their way to every match until we graduated. I could see us, in a year or two, in the stadium’s spots, standing above acres of fists.

Oboe loves the air too much, the high bounce or being tossed. Hipshot, phones out, his women feign interest. I take our match to the grass and time a foot with each fist so the blow resonates. I toss him at the ground, crab lock him against the dirt, and stare at his fans.

My one match under the lights was at Knights of Columbus. Some club for grandfathers with the odd card or metal show. But my opponent was a stubborn cockbag. He kept reversing shit I was going to land or ignoring my spots completely. He threw ‘em stiff too, hammers on my back, boots to my shins.

A few minutes in, we both stopped selling. I pulled out some of his hair so he grabbed a chair from the crowd. The ref disqualified him and neither of us got a call for the next show. Boogie bought us tickets but I told him I wouldn’t support the local organizers if they couldn’t tell the difference between the dick who started it and the dick who just couldn’t take it anymore.

Oboe’s fans worry. He tries to press up out of the lock— yanks up the grass I’ve let overgrow—but I pull the hold tighter. His women squat to keep eye contact, clap and call his name. Even the boy. He’s cupping his mouth to cheer.

My wife is tired. She checks the bank’s site each day to make sure we don’t overdraft and watches online videos so she can wrap my sprains and stitch the small cuts. I try not to bother her at night because the television is on and those are her dreams. She jokes about picking up a second job. She won’t ever come to my matches. But I tell her the truth, “I can’t imagine my life without it.”

“Without limping around the house? Without spending so much money on painkillers?”

She looks at me like the answer is obvious. But I suck shit at lying.

I let him reverse the lock and once up, he throws a few stiff shots. He drives my head twice at the dirt and I brace with my elbows. His fans howl, hungry for bruises, and Oboe calls for weapons from them. He breaks a lip gloss on my skull, a compact. He grinds the zipper of the boy’s backpack against my forehead.

When the skin breaks, I nurse it a bit, make a mess of my face. Oboe crows. He pulls back my hair so his fans can stare at all the blood and rolls me back on the trampoline. He begins bouncing again.

I know what everyone says. You’re too old, too fat. Too slow to ever be more than a heel in your own backyard.

His fans close in. The boy grabs the ring’s curtain and yells insults—my hairline, man-boobs. I smile, blood staining my teeth. Oboe turns my weak ankle, the tendons wail, but the boy stabs the air with his finger, spittle and curses soaring off his lips.

Who cares if there’s crowds?

I kip up to get caught in Oboe’s finisher—which defies physics, would never flip a man my size. But I sell the hell out of it. I pitch, bounce, and spread my limbs like I’ve fallen stories. He stands and flexes above me, one foot on my stomach, while Boogie counts me out.