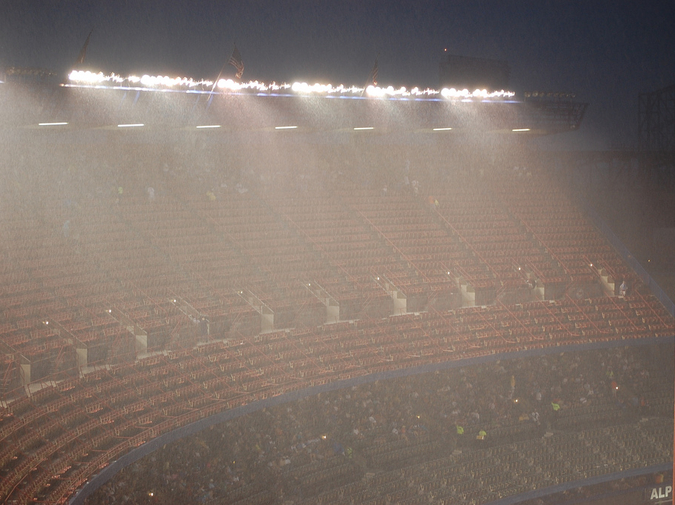 He doesn’t have any friends and doesn’t want any.

That’s the only way Mays can pitch,

because he doesn’t play the game

of fraternity formed on summer ballfields.

He plays a higher game: The one played alone.

The one passed down from his father,

preaching the Word around strange Missouri.

The one not played on Sundays

(for baseball is not a game: it’s unrest and Sundays are for rest).

The one where the ball is offered to the earth for extra grip,

its lumped and beaten body predestined

and browned from tobacco juice spit into the scuff.

(for baseball is a game played by the body).

before Chapman stumbles two steps down the line and falls.

The one that states, whereby his fall, Chapman is out

The one that does not stop for carting off or procession

but keeps him on the mound, impatient and praying

his next pitch through the loosened seams.

The one that leads him to tell a group of spring-fresh arms six months after:

If you got to knock somebody down to win a ballgame,

Andrew Butler is from Kingsport, TN, where he played little league and was two-time Most Valuable Dandelion Kicker in right field. He is currently an MFA candidate at the University of Arkansas.