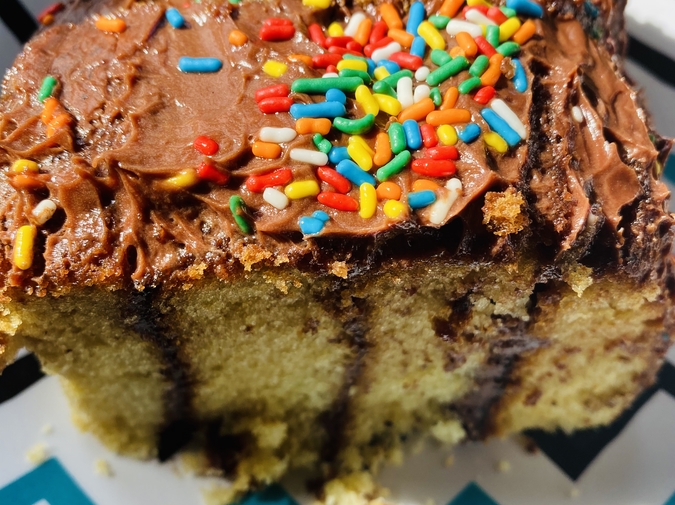 I meet Anya with my oat latte in tow at an annual open-air event in which a fine woman’s clothing that is normally expensive is offered cheap on long tables. It is the sort of thing women want to know about. And when the women are gathered here, we adorn one another’s bodies with scarves and things that must be tied in a certain way to perfectly suggest both modesty and fuck. Anya pulls a swing coat up my arms. I offer Anya a hairclip, decked with shell and bone.

Oh, Anya. Money spent! And all of us are changed for the better.

Anya’s infant has a hard time teething. But oh, her face as she cries, the way she is: strength and hope in our burning world, shining through in rosy fits of infantile understanding. All I can say is: Thank You for You, Anya! She clutches the shrieking against her warm, tired bosom; the two of them matched in shades of living, moving blood. Bone, cartilage, capillaries.

People beam at Anya and her sweeties when they see her on the street, teething babe on the hip. And the other, down below, steady on its own two! Rocket ships flocking its little shoes. This one is ready to take off! Fed avocado and a creamy almond spread, some nightshades.

Anya is one of those sorts made for motherdom. The sort they made statues about in the old world and the sort they make pornography about in our sordid days. The life in her! It brings out the lifeless art in us all. I search for her likeness in my sketched scribbles during work meetings.

Anya and I lose touch. For over ten weeks! In this time, she does quite well for herself. She wins a plaque for community outreach. She patents a very useful invention (one we all now have in our kitchens). She discovers a new type of caterpillar. We never knew of that particular one before! She designs fine eyewear and develops a bodily tic, but it’s such a charming thing, where she snaps her fingers at odd times, then must cough. Though Anya feels embarrassment when the involuntary occurs, everyone who witnesses it is simply left in a sensual mood.

It is a blessing to see any sort of ejaculate from Anya.

It isn’t just Anya. Wife of Anya fell! into a sudden fortune. In computer. Wife of Anya is asked large questions with small bits of tech in her ear. There’s the memory of a real stream, in her streaming face. Crypto-currency floats in the ether, for all of the trouble of it. The children narrowly escape !! needing orthodontia and now the growing shape of their mouths offer a healthy cave for strong gums and space enough that the cavities will naught! Not with the hygiene they’ve been shown so diligent. Twinkling, pure fire in all their eyes.

Reproduction is not for the likes of me. Simply not in the cards. I’ve all these cavities! And besides, I’ve not the means nor the steady hand at love for such a venture. A lone citizen am I.

Sure, I’ve tried a shaking hand at holding a big hand with hair on the knuckles of it. Who hasn’t had the chance to give it an honest go? Or a dishonest one? I see a young man from time to time. All their names and all their faces! A patina of hormonal scent. Established men! Who follow or study or break the law. There’s Daniel, there’s Joseph. There’s Grover, there’s Cleveland.

Or was it Clifford? Or was it Grady? It was Joseph. It was Daniel. One of them was quite celebrated in the same little circles as wife of Anya! They graced the same international virtual panels from opposite sides of our fair city. Similar cuts to their hair. Little elfine ears.

I don’t have any notoriety in my life. Though, I do work in our fine City Archives and offer microfiche to perverts of varying kindness who have not known the embrace of another in years. They offer greased thanks then watch me walk away without turning their heads; so as to not be outwardly frightening. Truly, they are too safe. I escape into a rich fantasy land of cultural ephemera and check my personal email while digging gunk out from under my nails. It’s a way.

Although everyone feels a desire for Anya, they never sully it with such indirect watching. No. Anya has not been called as a cat is called in ages. Such boundaries has she! Radiant and true.

Anya told me that in her childhood, there were quiet horses and the money shrunk all around, until they had no choice but to pack up and move on, in search of greater opportunity. It all came down to how quick her mother typed, a single woman with tall hair, the edge to blaze bright. They went into a city where it snowed a lot. Anya’s mother worked long hours and Anya grew pretty, quick. She became: local party girl who yet could make the high marks.

One night, a talent scout watched teen-y Anya lick a bowl from frigid Diner window. He was breezing through town on business. Like grain! Along the jaw of the fine man you keep in your head. To cope! Before you really know men. The talent man walked right in and let Anya know the truth then and there: She has the shape of a star. And a star of her shape, well. No need to stay cooped up in a cold, concretized pockmark of cornfed La La La. He can take her. In vertical direction. A card for business and leather-clad.

Anya keeps the then-trending magazines with her teen dream face on them, yet. Framed on the wall, pressed in velvet and glass. Little coffins. On one especially glossy one, she sucks a popsicle and seems far away from her own hunger yet adept at seeing it in those all around.

Reminders: of timing, of beauty, of money of keyhole blouse and of decay.

Anya has excelled in transcending the troubles she met in youth! And these, what gorgeous troubles to confront. Anya once confessed to me that her therapist once confessed to her: the therapist was only able to complete their own shadow work after witnessing Anya’s pristine processing. Anya’s self-actualization shines upon us all. Spares no shadow.

I think of these realities in the weeks of Anya’s absence. She is far busier than I. I am sneaking as I’ve snuck and as I sneak sigh and stroke spines. I do very little. I peruse an aquamarine volume in the Fashion area. This book is friendly as a dragonfly. This book discusses the fashion and the fashion’s models of its time. Twenty years ago, to our time. Oh, Anya! Not so far in, tucked with many others in money’s youthful bloom. Spaghetti strap shine! The camera flash’s residual whine yet tucked into her today.

I am the sort who is still thinking about the lop-sided compliments I received when my bosoms first perked. My troubles are far too mundane for any shadows to haunt them. Merely an expert in projection, with no chance for transcending. I shall meet my death bed yet orally fixated.

There is a second Joseph. We met at the City Archives, last month. Around the sixth week mark of the absence of Anya. Not outwardly a pervert! Researches the law and its fair history. Getting degree. Eating a keto. Loving his mother whom he sees each week. He is similar to the first Joseph in that he is sufficiently capable of meeting minimum expectation and is legally named Joseph. He is different, however, as he goes by “Joe” and I am certain for a large variety of other reasons that I cannot finger the pulse of. We approach a third date.

The chance to reunite with Anya occurs in ten weeks and six days’ time upon a small island with seasonal delights such as water and vegetation and paying a fee to park a vehicle. I’ve got blackberry guts strewn about my stained lips and it's dripping down to the décolletage. We are on the third date. It’s going well. “Joe” is young and not too pushy yet. Though, he does succumb to rage on the road. He flipped not one but three birds on our way to the date. The third bird perhaps happened not on the way but rather at the destination. Inspired by paying a fee to park his vehicle there. His temples get these half-of-a-second half-drowned Adam’s apples. He grins.

Anya is on the other side of this bramble we are on. She smiles at us. She wears the hairclip of bone and of shell and shines with the light of many nice lights.

There is a sound like a rattlesnake. A rattlesnake emerges from the bramble and bites Joe before any of us speak. Joe goes into shock and is unconscious. Well, I say. Let’s do the next step on that, soon. I point very clearly down and in the direction of my unconscious date. I really didn’t have the energy for such an escalation, but here we are. I say. The vehicle fee’s been paid. It’s so nice to see you, Anya. I sense a shift in the spiritual plane which enshrouds our immediate vicinity. I look down. Joseph is now very newly expired. This, before we could get Help.

Anya makes the call for Help. Anya prepares to leave. Anya is making a nice dinner and should avoid most traffic if she leaves within this critical time window.

We should meet up very soon! Says Anya.

Anya hugs me then crawls into a charcoal car I’d never seen before. She speeds off.

The car spits gravel and hums a low pain.

Anya has a house on a hill inside of a gate.

At night, there are full lights that shine on a rock patio. Outdoor kitchen. Pool.

The children are taught languages and horse, they’ve got clean ears and hand. They need not pray when they lie down to sleep at night. There are other things for them.

Kate Jayroe is a writer in and from Little Mountain, South Carolina. Kate's chapbook, Parts (Dorsa Brevia, 2019), was a top ten seller in Powell's Books Small Press in 2019. Work by Kate is forthcoming and appears in X-R-A-Y, Hayden's Ferry Review, The Fanzine, Joyland, VIDA's Report from the Field, Vol. 1 Brooklyn, Juked, Cosmonauts Avenue, and more. katejayroe.com