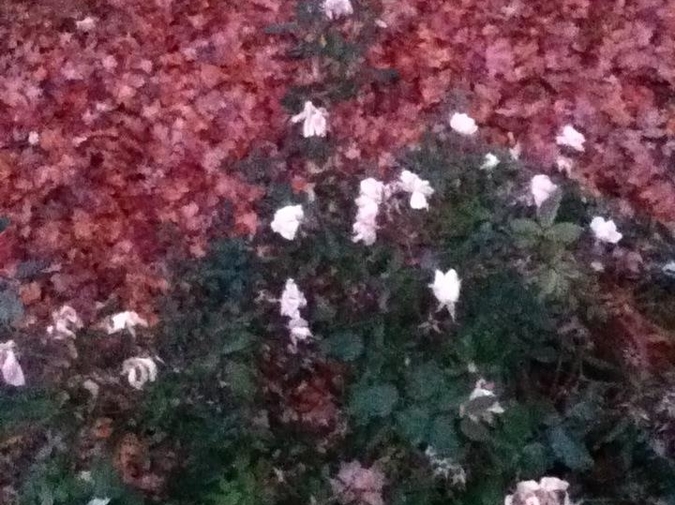 My dad had gotten us all tickets, eight total, to see Aerosmith and Kid Rock in Raleigh, enough for us kids to bring a friend. I waited till the last minute to invite Z. I don’t remember the cramped ride in the Tahoe, just that Z and I were in the very back, and my dad kept trying to lock eyes with me in rearview; both my sisters invited their BFFs, girls, and their high pony tails fenced his view. He had expected me to invite Raina, my best friend, too, or some other girl if she was unavailable, but Raina’s family was catholic, and even though we joked about holy water and confession, pretended baring our dark secrets amid giggles at sleepovers, her parents were stern, would never allow it. More importantly, I wanted Z in some primeval way I didn’t yet understand.

We had lawn seats and one pair of binoculars. My sisters and I all carried large purses with small bottles of water and granola bars pushed to the bottom, hidden beneath wallets and phones and whatever else we kept in a purse at that time. Z and I shared a peanut butter bar. He leaned against me, his back still soft, not muscled like it would later become when he started caring about his physique, about his image. The sky purpled and blacked, and strobe lights scattered across the crowd, and I smelled something green. Faces vanished and reappeared, and I only saw figures in profile: my oldest sister’s sharp nose, my dad’s heavy chin, the curved lines around Z’s mouth.

I waited for the binoculars to come down the line. The stage had different levels, and I could just make out Kid Rock on the center platform. But when I stared through the glass, twisted the ends to focus, I saw them, the cage girls. Bikini-clad bodies in heels pulling against bars, flesh pushing against fabric. I leaned forward, took a step, wanting to get those few inches closer. The girl on the right had red hair and a tan bikini so she looked nude at first glance. An intentional choice. The girl on the left was blonde and wore a strategically cut American flag. Their bodies arched and bent and shook, contorted and rolled. Their arms reached out between the bars, fingers open to the people in the front row. Even after an elbow nudged me and the binoculars made their way back around, I squinted, could guess how things leapt by the movement of their hair. I hooked my thumbs in the band of my jeans and felt my hip bones, disappointed by the absenteeism of my body. Z looked through the binoculars, and I knew his eyes went to the cage girls, too, that everyone’s would. What power, holding that much attention. How wonderful, I thought, to be a cage girl.

On the drive home, I waited in the dark of the third-row seat for Z to act, reach for my hand or kiss my cheek. But he wouldn’t do anything until college, until I cornered him in the bathroom at a Halloween party and forced the space between us to shrink. I thought of the cage girls then and their sway, their hands unrolling between bars and, for a few months, I held Z’s attention, was devastated when I couldn’t keep all of it; I was not as talented as the cage girls at the Kid Rock concert, didn’t understand what it took. I wouldn’t for years. Not when Z and I fogged the windows of his gold Jeep, or stumbled over speed bumps in a parking lot, hurricane rain gathering around our ankles as we spun and breathed. Not with him between my legs in the guest bedroom of his girlfriend’s apartment. Not when he invited me over, me and other friends, to watch him propose, a finger lingering on the skin just below my hairline on the back of my neck when I hugged him, said, Congratulations.

It was this: A dinner with Raina, a long overdue reminiscing about our former selves, when I, jokingly, threw my voice as deep as I could and asked her to tell me her sins, expected us both to break into laughter like we used to cross-legged on the carpet in her parents’ living room.

She pushed her thin hair behind her ear and smiled at the floor. I haven’t confessed in years, she said. Started feeling weird about it, the priest and all. I thought, doesn’t he recognize my voice? Won’t he know it’s me? How could my words be safe? I couldn’t trust him.

She reached down and slipped off her right shoe, tilted it over on the tablecloth. Gravel fell out. A personal, private atonement.

I’ve been doing this since middle school, she said.

After dinner, we hugged and made the requisite post-meetup promises: we’ll get together soon, I’ll call you. I watched her walk down the sidewalk, waiting for a twinge, a dip in her gait, but each step stayed even, controlled, not giving anything away.

Cheyenne Autry is a writer and teacher living in Fayetteville, AR. She holds an MFA from the University of Arkansas and was a founding editor of The Arkansas International. Her stories have appeared in Waxwing, Tin House Online, SmokeLong Quarterly, The Doctor T.J. Eckleburg Review, and elsewhere. You can follow her on Twitter @cheyautry or find more at cheyenneautry.com