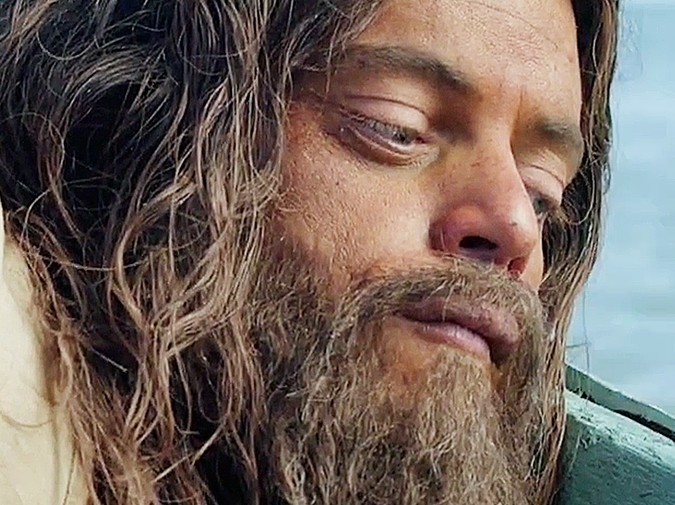 Has Rami Malek been fated to singlehandedly carry out the legacy of a movie bustier than the roles he’s offered? The secret behind the boob tube compotation online centers around A-list actors doing their jobs on a once atypical medium. Disguise the expositing intrigue with believable delivery and the audience will feel smart about setting aside their attention in favor of whatever mishap assaults their palm. Stalling the plot and focusing on minutia as an introspective trick to dose a scene with some weightiness, some fugitive potency, doesn’t enthrall independent of the aforementioned plot we are forever episodically still in service to, it just makes for less of a writing room effort in having to actually create more of the narrative you have been enslaved by since a paycheck happened, since (I think you’re saying) “these morons might revolt if we honed an especially idiosyncratic, maniacal, or risky POV into the abetting committee’s secured production and commercial time (though we’ll do anything to let you think we have in fact accomplished this at our greatest and most heartfelt inconvenience for your viewing pleasure), which has become the bracket around everyone’s life instead of an annoying restroom hiatus, so go ahead and keep the thought that broadcast replaced the novel and continue parceling out special moment to moment revelations by the pokey chapter.” Scarier for all would be if these so-called writers are not cynical, if they fluff their pillows ignoring how culture only ever crosses art by fucking accident, which is why your keyboard should be wearing a diaper with an Emmy sticking out so you can finally stir some come up and fill it. I have stretched myself before many a prestige outing because I am a lazy and stupid person easily distracted by the fact that what I love working on has become, or was always, a minor and feckless alcove of the auto-fellated. (Do a metrosexually blasé deflation noise for me so I can fill in your holes right quick.) I’ve made a bountiful puckering at the dial’s milk and I’m here to ask: how much of this shit can you remember a month later? Are the handful of desirable moments buried within this sick amount of content worth ten hours of your life? I tried sitting through comedian so and so’s overpraised show run about how he’s having trouble repressing the fact that he’s female (join the club nowadays), another self-important (a five minute close up to underline a scene with ten percent emotional impact, perhaps a joke on himself, so he’s not without charm) twerp rampant with Apatowian estrogen, bonking around Europe for the cutest culinary escapades possible and with plenitudinous social justices of the peace for backup (only old rich honkies oppose PC due to insensitivity and racism, guys, heh, heh, promise we’re too hip to live pretty, you rubes, also check if casting provided the appropriate ethnic rainbow, please). A masochistic stamina for torture must be the only talent I possess beyond genetics. Comedians are suited for TV, being crowd owned and operated, their golden calf, their sweet dependency. Every spit-take they repackage feels like a communal, capricious bromide of the week. For each rare occurrence like Deadwood (use of language elevating expository necessities) or Black Mirror (Twilight Zone standalone movies rife with atmosphere), where artists were allowed carte blanche and succeeded against all odds without too much cultural cuntery behind them, we get a Mr. Robot, a slick, overproduced (way too praised), non-iconic, but well-acted reversal of 90s counter culture mainstream self-fuck-itself classic Fight Club (I get it, we have to keep repurposing this film on sensitive terms because some idiotic dictum morphed the meaning of the silly slur “bro” into a catchall for the invisible oppressors of Oppression 101, smart hustle of a hustle). As much as I can stomach great actors reading each other what sounds like very urgent instructions for deck furniture, if you look away one second, there’s no point in going on to the next point they’re making; let’s snuff the binge. Buster’s Mal Heart heightens the schema into a tightly cut schizophrenia cinematic (Swiss Army Man pulls its own kinky three star peach fuzz too), but, I guess Malek’s our man for Malek on Malek this decade. I appreciate his face. Say you graduated from writing books to polluting another conference room of scribes on the installment plan, another Ivy League component blueprinting the idiot box from inside. I hope your private life is a living hell pudgier than your every earning, traitor. What you like is to squat until you can’t wish.

PS – Twin Peaks, above programming, is back, and David Lynch is, as he has been since the seventies, the answer to every load of dung across the entertainment industry. Stick a monk-sized needle through your fucking lips about it and just regard, if demanding respect isn’t pure parody nowadays. Don’t let me catch you gutting my time with your petty goddamn assessment thereof. Set the water cooler upon your head until the echo chases you.