Bonding at Home Base 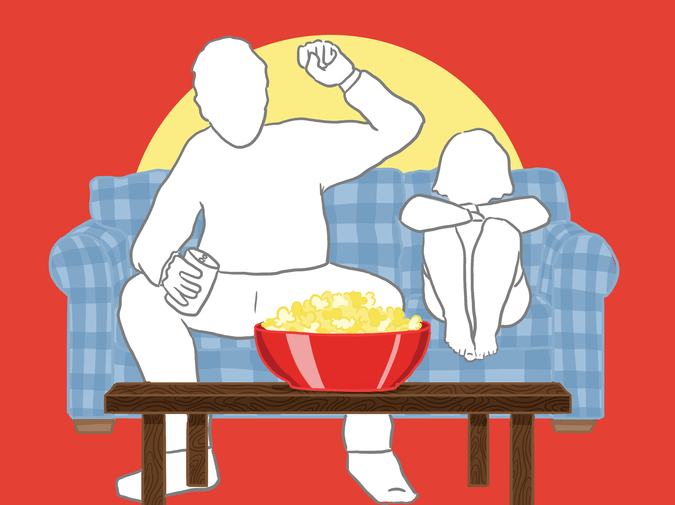 Come late spring, my dad turned into a man I didn’t recognize. Normally a quiet man who spent his free hours taking a nap on the couch, he morphed into a talkative baseball fanatic. The Philadelphia Phillies were his god. He sat in worship every weekend singing their praises to anyone who would listen.

One day when none of my friends were around, I slinked onto the far end of the couch to watch a game. I imagined we looked like one of those paintings from the Saturday Evening Post: father and daughter sitting on a blue-cloth couch staring at a black-and-white TV, bowl of popcorn on the coffee table. Color commentators chattering from across the room.

Dad didn’t notice I’d plopped myself there until the second or third inning. But once he did, I became his baseball buddy for the rest of the game. He explained the player positions, taught me the rules of the game, and spouted off statistics whenever a player came to bat. He liked the pitchers best. To me, a pitch looked like a pitch. To my dad, a pitch was an assault weapon, each with a different name and speed. I uh-huhed him once in a while, and gave him my full attention during commercials, which seemed to satisfy him just fine.

What I was really doing was waiting for Mike Schmitt to come to bat. I’d seen his picture in the sport section, but never saw him live: #20, all curly hair peeking out from under his helmet, bushy mustache and base stealing smile. When he held a bat in his hands, and wriggled his body preparing for a pitch, I didn’t hear a word my dad said.

When the camera showed him in the dugout chewing tobacco, chatting with his teammates, I fantasized he was my dad. I pictured us sitting at the dinner table eating steak and baked potatoes heaped with sour cream, with strawberry cheesecake for dessert. I invented an apron-wearing, make-believe mom who served us with a plastered-on smile. I pictured Mike tucking me into a white four-poster canopy bed and kissing me goodnight on the forehead.

When the game was over, my legs were touching Dad’s and we were holding hands. Dad stood to stretch and kissed me on the forehead. He said, “What a game,” and I said, “It sure was.”

We went our separate ways: him to putter with his tools in the garage, me to hop on my bike to take a spin around the neighborhood until I heard my name called for dinner.

Sally Simon is a retired teacher living in the Catskills of New York State. Her writing has appeared in Truffles Literary Magazine, After the Pause, Flash Fiction Magazine, and elsewhere. On spring days, she misses her dad and the way things used to be. Read more at www.sallysimonwriter.com.