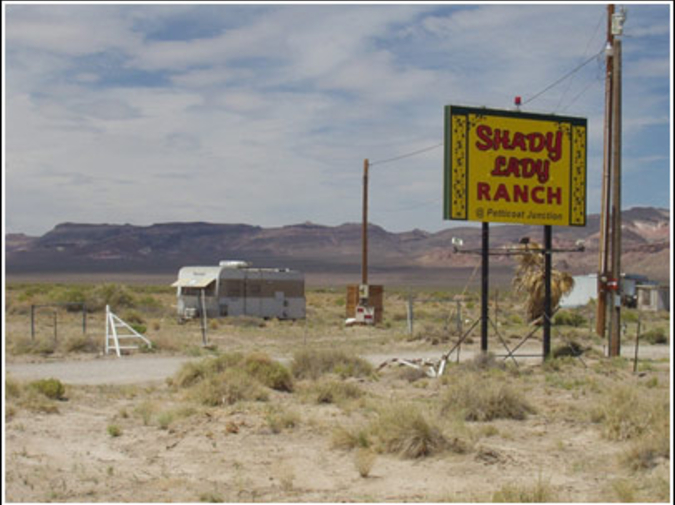 In a walk-in closet, my father's ties were exactly six centimeters apart on wooden dowels. I gently touched the gaps between his ties and ran my fingers through the ties. Before anyone else, he went metric. While I touched the ties and thought about my dead father, I noticed a gorilla suit in an open white cardboard box on the floor.

While, I stared at the ape head, I shivered. It seemed alive. I gently touched its fangs. They curved like ivory tusks, and they were streaked with yellow. Along the back of the head, it felt like it possessed a real skeletal structure. As I moved my hand over its fur, static electricity made it seem alive. It looked like somebody's nightmare, and it scared me. Oddly, the suit fit my six foot eight inch frame as if it was custom made for me. From the inside of the suit, I couldn't smell mothballs or cedar or old clothes. Instead, the scents of my father--Old Spice, pipe tobacco, Brylcreem--filled my nostrils.

Every Sunday night, my father, whom I called the Old Bastard, marked on a whiteboard with his red felt-tipped pen, and it would make little mouse noises as he wrote out our daily schedule in little, square boxes. Eek. Eek. To reach the top, he had to stand on a stool. Sometimes, I picked him up and let him write at the very top.

I loved that big clear whiteboard that covered an entire wall of our home. Divided up into one minute increments, it held three months' worth of time. We could see where we were and where we were going. On that board, the Old Bastard pinned time like butterflies to a display case.

In his head, he kept the tempo of the board and sang out the beat like a jazz musician. "Seventeen minutes left to eat, Carl." And when seventeen minutes were gone, he hustled me over to wash the dishes. "Tighten up Carl, fifteen minutes." He nodded and reminded me, "Two minutes to drink orange juice." "Come on Carl, five minutes to pick up towels." His hair gleamed under the polished light bulbs as he rang out times. The Old Bastard saved time everywhere. When I fell out of step, he said, "Tighten up Carl. You are losing the plot."

Once a week, the Old Bastard used to go to the motor court motel to visit the prostitutes. As we would wheel into the courtyard, he always said, "Thirty minutes for love." He had thirty minute increments of love. Oddly enough, at home, it was the only thing on the board he left blank. While even something like flossing teeth had a one minute increment on the board, he always left the board blank when it came time for parceling out love.

This morning, I sat and stared at my orange juice for two hours. Who would have thought life was so complicated? I missed my tiny blocks of time. I was paralyzed with choices, none of them written in little boxes.

So I got on my knees with a bottle of furniture polish and a washcloth. I decided to polish all the clocks in our house. On just about every surface of our home, a clock stood. Hundreds of them glittered, whirred, and ticked. The noise they made was like a thousand crickets rubbing their wings together.

After I polished my father's clocks, I stared at the whiteboard and all its blank spaces. The blank spaces reminded me of the blank spaces reserved for love, which, in turn, reminded me about my best friend, Suzy Q. Suzy Q. was a hooker I met while the Old Bastard dragged me along to the whorehouse, not that I ever bought sex. My job was to keep an eye on his Lincoln, to keep the pervert vandals away. Suzy Q. took her cigarette breaks out in the parking lot, and we became very good friends.

After a forty minute bus ride, I got to the old motor court off of U.S. 441 where she lived in a small motel room. When I opened the door, Suzy Q. lay on the bed. Tears streamed down her cheek. She cried and cried and cried. Her pillow was wet. I put on my gorilla head and crawled into bed with her. I lay on my back, and I could still smell my father's lingering scent in the gorilla head, and she ran her hands through my suit's hair and cried. She whispered in my ears that she could stop time for me. I rested my head on her chest. Her heart had the thin, thready cadence of one of the Old Bastard's antique clocks.

"Does time stop still when you are screwing them?" I asked as I stared at the popcorn ceiling.

With tears leaking out, she told me no. That while all the hairy asses were pumping and pumping, going up and down like soft pistons, she dreamed about things like white-picket fences and PTA clubs and how nice it would be to have someone hold her hand when she got sad. She wondered what I thought of when I wore my gorilla suit, and I told her the same things she did, except without the pumping asses or the picket fences or the holding hands or the PTA.

She curled up next to me and dripped tears from her chin. While she shivered, I cupped some of her tears in my palm. I tasted some of her tears, her little beads of missing love. While her customers banged on the door, I held little Suzy Q.'s hand, until she fell asleep.

After Suzy Q. woke up, she gave me three hundred dollars for holding her hand and made me promise to come back tomorrow. When I left, she was nude sitting in a chair in front of the window. She stared intently at her hand where she held a syringe full of heroin. The air conditioning unit blew her hair back, and the drapes moved before the cracked window. After taking a couple of deep breaths, her tears stopped. With her elbows propped on her knees, she caught her breath like a prize fighter waiting for the next round.

At the bus stop, I sat next to a girl who wore a hockey helmet decorated with Barbie stickers, and she asked me where I got the ape head. I told her the same place she got her person head. The Old Bastard was right. You shouldn't talk to strangers. For the first time ever, I had a seat all to myself on the way home.

The Old Bastard wanted to be cremated and thrown in the river. Although those were his wishes, I didn't want him so far away scattered all over the place with people pissing beer and throwing cigarette butts on him, so stole him from the funeral home and buried him in the back yard under our apple tree. In the end though, burying him in the back yard saved me thirty minutes in driving and a few hours waiting at the crematorium, so he might not be too upset. As an added bonus, he was great fertilizer for the apple tree.

It was fall, and I lay under the apple tree and ate an apple. Little molecules of the Old Bastard filled my mouth and flowed into me and made me less alone. He was a part of me again, and that made me feel better.

The apple tree had eaten the Old Bastard to make the apples. And I had eaten the apple. After I shit out the apple, it went into a septic tank and fertilized the apple tree. The circle of life continued. It was so beautiful that I almost cried. While I stared at the apple, from inside the house, the clocks sounded off on the hour. They clicked and rang and whooped and buzzed, drowning out all the other sounds, making the air shimmer, making my head hurt with the sound of their mourning.

In the second grade, David Valin wanted a gorilla as a pet. Instead, his mother got him a guinea pig.