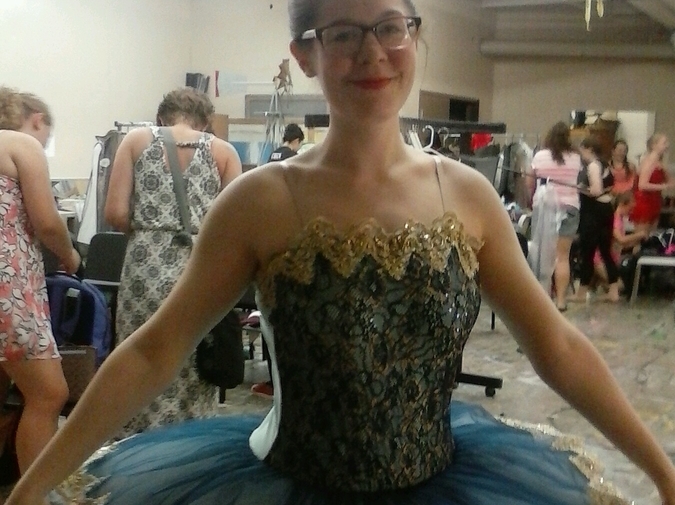 It only took Kyle a few days to make his confession about the other woman. It took nine months for him to tell me he couldn’t ride a bike.

I wasn’t sure which piece of knowledge about my boyfriend surprised me more. I was hurt that he had betrayed my trust by kissing someone we both knew, someone I liked. I thought it was bananas that he couldn’t ride a bike and secretly wondered if he had divulged this information as a diversionary tactic.

I pressed Kyle for why he never had the desire to learn. How could someone so determined to excel at so many things never get the hang of riding a bike? He didn’t have a straight answer. At least when I asked why he cheated on me, he admitted it was because he was weak and stupid.

She made the first move, and he kissed back. He felt horrible after. He cried a lot.

Sitting together on my twin bed, I remained stoic throughout his confession. I responded with questions. Ones that ranged from, “Can you please start from the beginning?” prompting him to trace his adultery like a storyline, all the way to requesting that he leave no detail untold even if it meant feeling worse. The only way I knew how to process my own sadness and jealousy was through narrative.

We were supposed to be moving across the country together after graduation. I had been accepted into a PhD program in Ohio and he loved me so much he wanted to follow. We were supposed to be mailing our signed lease and security deposit to our new landlord that week. I asked if the kiss was an exit strategy to get out of our relationship before moving in together.

“No, no, no!” Kyle answered shaking his head, taking my hands in his.

I asked how far things went.

“We made out and I put my hands on her sides,” he said, gazing at our interlocked fingers instead of at me.

I told him to look me in the eye, guiding his chin upward with the crook of my finger. His face crumpled as tears began to spill.

I asked why he thought kissing someone else seemed like a good idea.

He was drunk. It was for the thrill of it. We were in a sexual rut.

Our rut was not news to me, but I wasn’t about to kiss someone else as a solution.

And then he just blindsided me: “I guess since we’re airing everything out now, I should tell you that I don’t know how to ride a bike.”

Bikes didn’t come up in conversation often. I didn’t know he was actively avoiding the subject though. A bike, for me, was just a form of transportation, and since Kyle had a car, what was the use of riding a bike or talking about one? Suddenly, bikes were all I wanted to talk about.

Kyle grew up in the suburbs outside of Eugene, Oregon. Even though his hometown was awarded Gold Level status for Bicycle Friendly Communities by the League of American Bicyclists, he never learned how to ride a bike. Even though Kyle’s parents are perfect and lovely to an almost unsettling degree, they somehow let their son miss out on a major rite of passage towards freedom.

I thought about the times when I suggested he should pick out a used bike at the co-op, so we could go on bike rides together. It would be a way to spend time together without spending money. It was about prioritizing and prizing shared experiences over material transactions like dinners, movies tickets, and bar tabs.

“I’d rather spend my money on you,” Kyle said sweetly. He liked wining and dining me and showering me with tokens of affection. He was so smooth. I completely forgot about how much I loved bike riding.

Kyle’s face didn’t change all that much when he said he cheated on me. He still looked like the same person I fell in love with. But after he confessed that he didn’t know how to ride a bike, it felt like I was meeting him for the first time. The more I searched his round, boyish face for the person I once knew, the more I realized my boyfriend had the exact type of loveable nerd-face that belonged to a person who could not ride a bike.

When Kyle told me about the other woman, I said I wasn’t going to yell at him or call him names, but I was incredibly disappointed. I almost felt like his teacher, quietly scolding him for his misbehavior. When he told me about the bicycle, there’s a high possibility that I laughed in his face like an eighth-grade bully.

In my bedroom, I told Kyle that I wasn’t going to break up with him. I didn’t tell him it was because on the grand spectrum of cheating, I thought kissing seemed like a minor offense, and his guilt and contrition seemed genuine.

I didn’t tell anyone about Kyle’s unfaithfulness, but I did tell a decent handful of friends in the weeks that followed that he couldn’t ride a bike. Maybe it was a form of sublimation. By the level of shock I received, it was almost as if I had told them he cheated on me instead, which is what I really wanted to talk about anyhow.

I’d been putting off making a repair on my bike for months. I didn’t take it to the co-op, because I didn’t want the hardcore cyclists to judge me for not knowing how to replace a punctured innertube—a basic repair. I asked friends to help instead and they were always willing, but I never followed up with the parts, time, and place for when we could work on it together. I realized that the only thing I knew about a bike was how to ride one.

Looking back, there were so many bicycles throughout my childhood I’d left outside to either rust in the rain or get stolen by neighborhood riff-raff. Now, in adulthood, I was almost as careless. And maybe not just with my bike. As Kyle and I were talking in my bedroom, I felt that I could accept some level of culpability for why he may have cheated. I may not have done anything “wrong” to directly inspire his lapse in fidelity, but in my efforts to finish my MFA thesis, apply to PhD programs, and complete any number of tasks on an always lengthy to-do list, I may have neglected the person I loved the most.

Kyle and I reached what I think is a fair bargain. Aside from never cheating on me again, the second part of his penance is that he must learn how to ride a bike. He’s never been more faithful, but he’s still avoiding practice.

That’s true. He doesn’t own a bike currently, but the bike I possess is in prime condition for riding now, having repaired its innertube successfully. All we’d have to do is adjust the seat height. He’d look quite strapping on my vintage blue Schwinn Traveler.

I intend to hold Kyle to his promise, but I concede there are valid reasons for his avoidance. Since moving to Ohio, we’ve discovered that the town we live in is riddled with steep hills and crumbling cobblestone streets, making conditions dangerous even for the experienced rider. Close to our apartment, though, there’s a serene bike path winding alongside a brown, gurgling river with just a few gentle, rolling hills. We could even start on the grass—just like when I was a kid learning how to ride my first bike.

Kay Keegan holds an MFA in Creative Nonfiction from Oregon State University. She’s contributed to Essay Daily and New Ohio Review. When she’s not writing, she’s either dancing in front of her bedroom mirror or knitting socks. She’s currently pursuing a PhD in English at Ohio University.