Baseball Dads All the Way Down 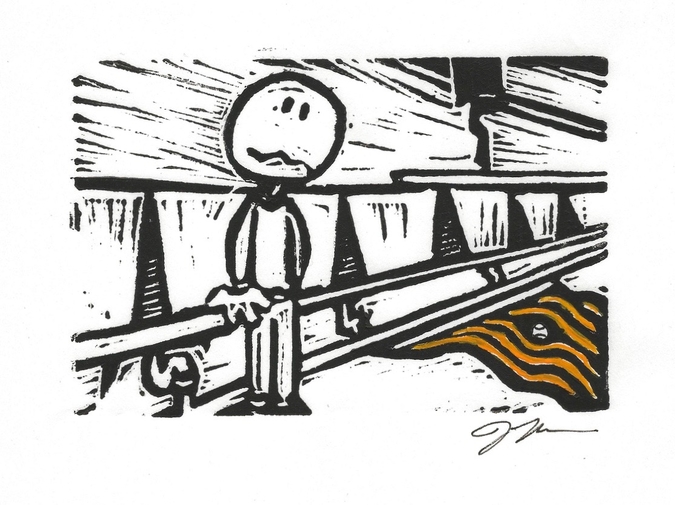 They were just trying to teach you something
that their dads had tried to teach him, and their dad before that.

It was called for the love of the game.

to piss in a long steel trough.

When they blew up the old Tiger stadium,

they replaced the playing field with a regular field.

When they revealed the statue of Al Kaline

his face looked like the face
of a demiurgos suspended in carbonite,

like that first baseball type feeling as you passed
through the turnstile.

or riding that rickety, wooden roller coaster
when you went to Coney Island that one time.

Ty Cobb was a racist and all around asshole.

Hank Greenberg hit 58 homeruns and served
as an anti-tank gunner in WW2, before moving to Beverly Hills.

Alan Trammell was only so-so statistically,
but everybody liked his soft, boyish smile,

so they let him into the Hall of Fame.

Cecil Fielder was my favorite.
He has perfect sideburns on his rookie card.

And one way or another
it finds you at odd, little sad points in your life:

the love of the game like a single prick

of polite anticipation that spreads to your nostalgia parts
when you’re doing your taxes, taking the trash out,

All of these secret unspeakables shared between men

going all the way back to some dad in a butcher’s apron
in some Boston side street with a broom and rubber ball.

Who is a bum and who isn’t, it could be, it might be,
it doesn’t have a chance.

A certain way of looking that accounted for the whole frame,
the minor details, the quietus

at the center of the crack of the bat
when the other team hits a dinger at the end of the game.

before every 1st pitch.

Like it was just him out there in the vast center field,
just him and the game,

to their dads all the way.

Jim Redmond is currently completing his PhD in creative writing at The University of North Texas. Some of his poetry has been published or is forthcoming in Blackbird, Hayden’s Ferry Review, Pleiades, Sixth Finch, and Diagram. His chapbook, Shirts or Skins, won one of Heavy Feather Review's chapbook prizes some time ago. He still believes the Tigers will win the world series at some point before Miguel Cabrera retires.