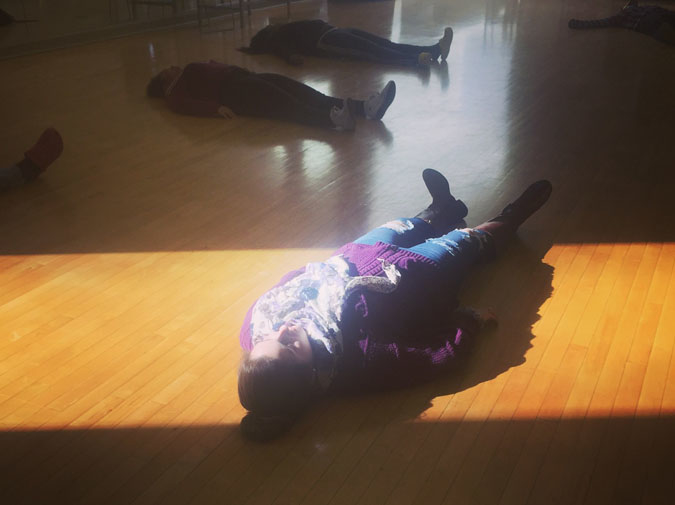 We met in the pathology suite––I, the medical student––you, the corpse. Cool-colored tiles covered the walls. Preserved human organs––brains, eyes, hearts, kidneys––floated in dozens of haphazard jars along the perimeter of the room.

The previous year, I’d dissected a body in a cadaver lab. But that body was gray, dry, bloodless, and soundless––yours proved wet, messy, and sticky. I met your acquaintance as a requirement. Your dead body served as one of the necessary and unwelcomed milestones to become a physician.

Next to your gurney, a tall middle-aged pathologist organized tools to saw, crack, and split open your remains. His fat belly extended well beyond his narrow hips and he often tugged at his scrub pants as they slipped below his waist. He chewed gum like cud. His devices resembled a butcher’s instruments more than a surgeon’s.

A clean white sheet covered your flesh revealing only your body’s contours. A pathology assistant passed a series of photographs to me. The police had snapped pictures of the motel room where you’d died. You were twenty-three––my age. In the images, you rested curled and crooked on a blue and orange polyester comforter. Vomit coated your face. A White Castle takeout bag lay to the left of you.

The pathology assistant removed the sheet to reveal your gray marbled skin. Your frigid and stiff flesh––face, hands, feet, genitals––transformed you from specimen to human. Like I’d seen in police shows, a manila tag hung from your toe as if you were a cruel Christmas gift.

The pathologist grabbed a scalpel. Then he carved a Y-shaped incision across your torso slicing large gashes without grace or precision. As he cut, he hypothesized you had died of a heroin overdose. New batch out here now, he said. Kills waves of kids. He pointed at the pictures in my hand, All die with a White Castle in their lungs.

Then the pathologist sawed across your sternum and cracked your ribs as if he were in a wood shop. A smoldering scent––heat from blade on bone––lingered in the air as he reached into your open chest––the sound thick and damp like lips smacking. He extracted your spongy sloppy lungs and began to cut them into pieces. But he paused and traded his scalpel for a pair of forceps. Then pulled a wad of macerated ground beef from a bronchus. He held up the specimen and stared at it––chuckled. Told ya, White Castle, he said. Then he continued the dissection.

Acid flushed into my throat, my head grew heavy, and my legs weak. I could taste the metallic scent your organs. Too proud to escape the scene, I turned my gaze toward the floor. But blood swirled in a stream of water that snaked from your gurney toward the drain at my feet. When I tilted my head to the ceiling, the spattered blood of the hundreds of bodies who’d passed before you stained the tiles. To my left and right, jars of organs offered no reprieve.

Once the pathologist discovered the ground beef in your airway, he’d solved the case. He’d discovered you were a heroin addict. You consumed a fast food hamburger as your last meal. But I wondered who’d tell your parents these morbid impious truths. I wondered if your friends would grieve. I wondered how you’d feel if you could know you succumbed to fast food.

Fearing I would vomit or fall to the floor unconscious, I left the suite in silence offering no goodbyes. My absence meant nothing to you. It meant nothing to the pathologist. I held no role in the suite or the dissection. I was a voyeur, not an assistant, not a healer, not an investigator––only a witness to your dismemberment.

Whitney Lee is Maternal Fetal Medicine physician, an Assistant Professor of Obstetrics and Gynecology at Northwestern University, and former OpEd Public Voices fellow. She received her MFA from Vermont College of Fine Arts. Her work has appeared or is forthcoming in Ninth Letter, The Rumpus, Crack the Spine, Gravel, Numéro Cinq, Huffington Post, and Women’s eNews. She lives in Chicago with her husband and four children. Currently, she is working on a collection of themed essays.