An Interview with Ryan Boudinot 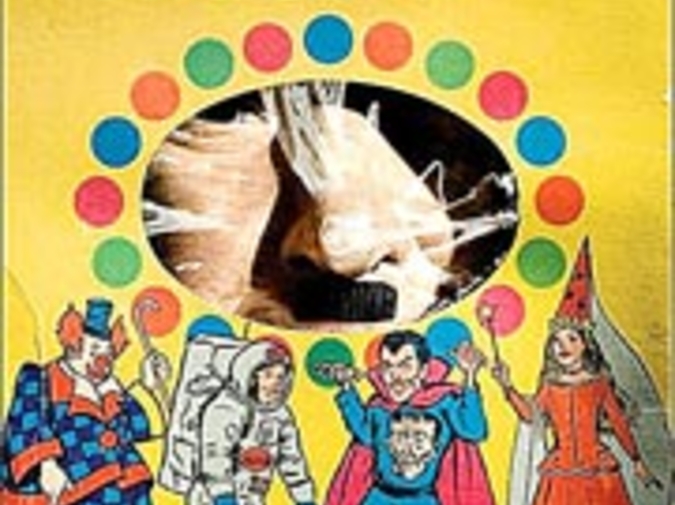 Ryan Boudinot is a Hobart favorite -- heck, he edited our fourth issue. There are few contemporary writers we'd rather read. His work is funny, dark, and flat-out brilliant.

When I first read the stories in The Littlest Hitler, I noticed that a few had a curious turn in them, a moment that did not necessarily adjust the trajectory of the story, but adjusted the mood. The darkness of the stories is there from the beginning, but it seemed like these shifts turned up the contrasts, and shuttled the story off into a world in which something unexpected or unlikely or unreal could happen, but the scaffolding of the story established at the outset would never falter. There was control.

The reader, that is, remains in good hands when with Boudinot's work.

I asked him about those story moments, and about writing in general. We also discussed his upcoming novel Sperm and Egg. (I had the privilege of reading an early draft of the book. Snap it up the day it arrives in your local bookstore. Actually, go put a reserve on it. Now.)

I wanted to talk about something I noticed in two stories of yours I read early on. The stories are "The Flautist" and "The Sales Team." They both had moments in them that hit me and occur to me now when I'm writing. I'll quote them for readers.

It seems to me that both of these stories turn at these paragraphs, and I'm trying to decide what exactly to call them. They are not unlike: an alcoholic's moment of clarity, a sudden psychological snap, a reordering of the internal logic of the story, or an epiphany. And yet, they are also not precisely any one of those things and satires of those things. The voice of both stories breaks in those paragraphs, takes on a gravity that has not been there up to that point. And the themes they touch on get a lot larger. One of the places you find humor is in the special knowledge of a professional discussing his profession: a salesman talks sales, and a flautist talks music. Here, though, a flautist encounters predestination, and a salesman discovers that the world is a fallen place, ignored by God.

First, could you react to the premise? Am I reading you wrong to think you place a lot of weight on those sections?

Dang, man. Start with the heavy questions why don't you. That's a smart reading of those paragraphs, I think. Here's sort of what I think they do. So I'm writing those stories, and I feel myself get to a point where the piece needs to take a breath. The kinetics of the story have started to get almost too hot. Or to put it another way, I feel the need after a period of involvement in the minutiae of the characters' lives to get a 20,000 foot view of where they're at. I have no business using this metaphor, since I can't drive a stick, but it's like using the clutch on a car. I step on those paragraphs so I can downshift.

It's interesting that, in the first person, these sections meant to slow the pace also create moments of disassociation -- places where the characters step out of themselves and get a broader view of their circumstances. But you never allow them the luxury of getting a foothold to control their fates. The flautist knows that he is doomed to follow a certain pattern, and the salesman is just doomed.

This reminds me a little of the introduction Rick Moody wrote for the story you published on Nerve ("On Sex and Relationships"). I apologize that I don't have it in front of me, so I may misstate, and feel free to correct me. He made the suggestion that you are, at heart, a deeply moral writer. It occurs to me that without these breaks, your stories could go careening into utter misanthropy. But they don't. By slowing the pace and widening the view, you recast the stories.

Can I ask you to react to what Moody had to say?

I was surprised by what Rick said about me being a "moralist." I think he actually called me an "outraged moralist." But I sort of felt how the label fit on me and got more comfortable with it. I've been thinking about morality in my work since at least college, when I read John Gardner's "On Moral Fiction" after reading Raymond Carver refer to it in an interview. I believe that fiction can make us better people, I really do, but feel just as strongly that fiction that explicitly sets out to do so is a hideous mistake. I had an ongoing conversation with Rick when I studied with him in grad school about the moral dimensions of my work. At the time, I wanted the work to be about pure human experience in all its varieties, without any moral bias, in hopes that this investigation would be more truthful. If I remember correctly, Rick disagreed with me and insisted that it's impossible to be a human being and not have moral biases. That sounds right to me. But expressions of these biases have to be arrived at naturally.

As for "The Sales Team" and "Profession" and all the other stories where people meet violent ends, I wanted to create environments where some moral reaction we take for granted was removed, and explore what happened. In "Civilization" I have a kid who is asked by the government to kill his parents, and his parents blithely go along with it. I wrote that story in the ramp-up to the Iraq war, when TV was overflowing with pundits who'd swallowed the Bush propaganda whole. Americans seemed to blithely accept that we were going to bomb the shit out of a country, killing thousands of innocent people. I felt like I was living in an Invasion of the Bodysnatchers type movie. Americans were so far removed from the bloody, hellish reality of warfare, which I'd learned about second-hand from my grandfather, a decorated career army colonel who fought in WWII, Korea, and Vietnam. So I transferred that sentiment (or lack of sentiment) into an environment that could actually be shocking. Because a lot of people didn't seem at all shocked at the prospect we'd be blowing toddlers and old women to pieces. So I thought, fuck, if you people aren't shocked by that, what WOULD shock you? "Civilization" came out of that. The other inspiration for the story was George Saunders's "Jon," which I read in the New Yorker and thought, holy crap, that's so good.

So, do you feel a responsibility as an artist? Do you think you should strive to create art that has a moral center to it, even while you work as hard as you can to not let that moral center overwhelm the artistry?

Let me zero in on this word "should." Alarms start going off for me any time the word "should" is used in relation to writing or creating art of any kind. Ultimately I think it's an offense to the art spirit, as Henri calls it, to impose what one thinks other artists "should" do. I also don't like the phrase "as an artist" because it implies a sort of partitioning of experience, or adopting art-making as a role that can be turned on or off. But I can talk about what I strive to do. It's really simple. I strive to write stuff that's cool and interesting and that I would like to read. If it deals with morality, great. If not, great. But it has to be cool and interesting. In the collection, I debated for a long time about whether to include "The Sales Team." There's a lot that frightens me about that story and makes me want to cry. But in the end, I kept coming back to the feeling that yeah, but it's so cool and interesting.

Let's talk about the novel you have coming up. You've written at least two novels that I know of. How do you know a short story idea from a novel idea? Or is it an idea at all? Is it a character?

Mostly I think it depends on whether the initial idea has intimations of a grander structure. The novel that's coming out next year, Sperm & Egg, started as a story, but felt like it wanted more time and attention from me. I realize that sounds kind of vague, but really it's just a gut feeling.

You're doing some creative writing teaching, now. How will you get students to understand, or have access to that story/novel gut instinct? Or any of the other gut instincts writers have to learn to access every time they sit down to create? Heck, can you? (I only ask because you know your students will at some point.)

First, I should tell you that I've been teaching creative writing for a grand total of three months. So take this as a completely green/newbie talking. I don't know if you can teach gut level responses like the kind you mention. I think it's easier to teach the mechanics of writing, ensuring the students come out boring and adequate, but I don't know about instinct. Maybe I'll figure this out when I've done it a few years. What I most hope for my students is that they write something that 1) they would like to read if they hadn't been the ones who wrote it, 2) surprises me, and 3) is willing to take risks.