An Interview with Mary Miller 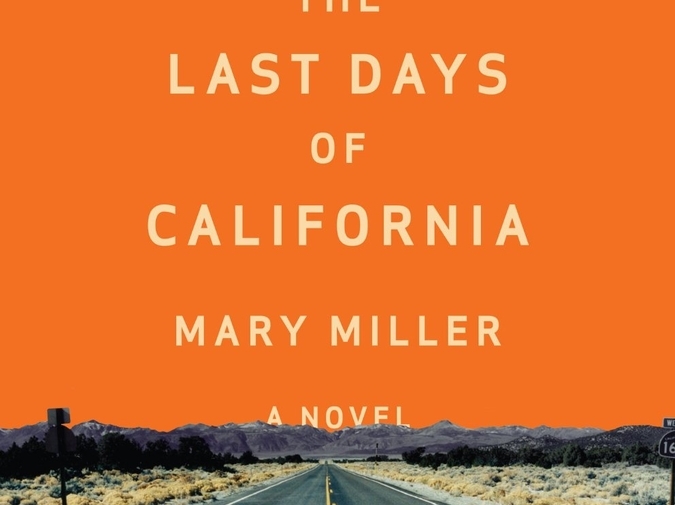 Mary Miller gets inside heads. I mean this in a non-creepy, invasive way, of course. It's a gift—some writers do wordsmash, some writers do atmospherics, and some writers—like Mary—do crawling-around-in-the-deep-dark-crevices-of-the-human-brain. I realize that still sounds creepy. But what I really mean to say is that Mary gets the human condition, and the people rolling around inside of it. And she puts that on the page in an incredibly compelling, unique, oozingly real way. And I've been a fan since I read Big World. And I'm really grateful to Hobart for publishing that terrific collection, and now for letting me crawl around in Mary's brain, just in a very limited way, of course. Please enjoy—it's a fun, fascinating brain.

Your narrator's voice comes out easy and smooth and true in the novel—and thank god, because I hate stuff with inauthentic precocious kids. She's precocious in the way teenagers are actually precocious - smart, but not as smart as they think they are. Did you channel yourself as a kid, or were you inspired by other writers (Salinger, etc.), or how'd you get it so right?

Thanks! When I wrote a draft of the novel, I was between leases and had to move back home with my parents for a few months. They still live in the house they bought in 1978 so it holds all of my memories, as well as a lot of my stuff. My parents can’t help but treat me like a kid when I’m there. They want me to eat meals with them. If I leave the house, they want to know where I’m going (I lie a lot now). We have drinks together every evening in the living room and visit with the neighbors. It’s easy to feel like you’re fifteen when you can hear your parents downstairs asking each other where you are: Where’s Mary? Have you seen Mary? I haven’t seen her. I wonder what Mary’s doing? What IS SHE DOING??? Now imagine me in pajamas at two o’clock in the afternoon, in bed in a dark room with a laptop on my lap.

Oh my god. That’s hilarious. My parents are just the same way. Do you suppose that ever changes? I imagine that in twenty years, I’ll be visiting my parents and they’ll still be shouting downstairs at me to be more social and get my butt upstairs for dinner. But I can see how that would make it easy to channel a young girl’s voice. When you went to your next project, was it a hard voice to shake? Or is it easy for you to make the transition between narrators?

That is one thing that will never change, and I hope my parents are treating me like a child for a long time to come.

Sadly, I haven’t been finishing much of anything lately. I’ve started six or seven short stories in the past year and haven’t completed any of them; I have all of these four-pagers. I began working on another novel some time ago and actually opened the file today and started editing it for the first time in months. I’m hoping this means something.

I don’t think any of this is Jess’s fault, though. Most of my narrators are petty and insecure so they’re probably not all that terribly different from one another.

All of your writing does something I'm jealous of - makes dialogue sound really authentic and effortless. What other writers have been models for you on dialogue - who does it well?

There are so many—Joy Williams, Raymond Carver, Denis Johnson, Wells Tower, Amy Hempel, Willy Vlautin. I’m always impressed with people who can write banal dialogue and make it interesting and necessary, like Vlautin. This is a rare talent and I’ve learned not to attempt it. And I love it when writers smash words together or simply make words up, like Wells Tower. I’m always so careful not to make the squiggly red lines appear.


Evangelicals can be easy to pick on, I think, a big fat earnest target--but I think you work hard to humanize them here, give them a fair shake. Was that hard to do? Did you have to work against the cartoon?

It wasn’t difficult, no. I saw them as misguided, essentially like all of the characters I write about. The father is a diabetic who eats poorly and is deeply in debt. Trusting in God, for him, is a way to avoid personal responsibility for these things. I guess I just never saw the family as particularly devout. They pray and read the Bible and hand out tracts, but it’s more like this show they’re putting on for each other and the world; they’ve done it so well for so long that they can’t see it as a performance.  And then Elise and Jess, with their questions and doubts, help to balance things. It would have been hard to write this novel, if not impossible, if all of the characters were like the father. That’s a whole lot of delusion going on.


I learned many things reading your book. For instance, I had never heard the terms factory air, or duck butter. Lots of time is spent on the girls' body images, their separate self-loathing, as well as the idea of body as alien space, as possession, boys and babies and all of that. Is body image important in writing women for you and why? How does that play out here in the novel? Was it intentional, or just part of writing teenage girls?

I don’t get through a day without some thought about my weight, what I’m eating or not eating. I used to weigh myself daily. Now I never get on the scale but I’m not sure one is better than the other; I think about it more now because I have no idea. From what I can tell, this isn’t uncommon. We’re all trapped in these bodies and, particularly for women, are constantly being told that they aren’t good enough. Girls has brought this to the forefront—put an average woman on TV, okay, fine, but don’t make us look at her naked, and don’t expect us to believe that these hot men would want to sleep with her. We only want to see pretty, delicate things. We want to be these pretty, delicate things.

So then I have to ask: do you have an opinion about this whole Vogue/Photoshopping/Jezebel thing? I think, in a weird way, that it could apply to writing – how many stories, novels etc. do we read where the characters are Photoshopped, ie, always perfect-looking? Even if they’re Lena Dunham-normal, they’re still never blemished, there aren’t rolls, there aren’t wrinkles unless the male narrator finds them adorable.

I think this is a really interesting question. Maybe I read too many Southern gothic writers obsessed with deformities, but I don’t feel like I see the “perfect female” all that much. Oftentimes, there is very little said about what a woman looks like (if the writer is female) and I find myself so curious. If the writer is male, there’s much more focus on a woman’s physical attributes. I think that has a lot to do with the male ego—if they can’t get the hottest model in real life, at least they can get the leggy blonde with pouty lips on the page? I don’t know. Now I want to get out all of my books and do some kind of informal research on the subject. One book by Jonathan Ames could really skew the results (I’ve been rereading his collection My Less Than Secret Life, which I love, but it makes me hyper aware of what I look like, and whether I’d ever have a shot with these male narrators, i.e. Jonathan Ames, that I wouldn’t ever want to have a shot with in the first place).


There's that Tolstoy quote that everyone loves, "All happy families are alike; each unhappy family is unhappy in its own way." As much as I love Anna Karenina, I just don't think that's true. And your novel does such a good job of categorizing, in a way, the ways that unhappy families are alike, so many of them. Like this: "it would be no fun being a mother, everybody handing you their garbage and wanting things all the time, nobody to tell your problems to." What it is about unhappy families that makes such fascinating fictional fodder? Why don't we ever get tired of that subject?

Someone else mentioned this quote to me awhile back and I said something similar—that it’s a lovely novel opening but simply isn’t accurate. Families can’t be divided into two categories: happy or unhappy. There is always unhappiness, even if only for the reason that we are human and the people we love most will get sick and die. For the most part, I think the Metcalfs are pretty happy. They love one another and generally treat each other with kindness and respect. What is a happy family, really? I guess this is my question.

That’s an excellent question, and you’re right – the Metcalfs are no more happy or unhappy than most families, most people. Plus, the happiest families are always the most screwed-up ones, right? If you’ve got a super-happy, beautiful family, gorgeous kids, money – then you’ve probably got Revolutionary Road behind the façade. So, maybe the happiest families are the ones that are honest about their unhappiness?

Yeah, I’m a little wary of things that look too perfect. Like the girl you knew in high school who was gorgeous and rich and wore a new outfit every single day. How much effort would this take? I wouldn’t even want to wear clothes if I had to wear something new every day. Why deny yourself the pleasure of a favorite pair of jeans, a favorite dress? I prefer to dress like a seven-year-old and wear that favorite dress until it becomes too stained or pilled to wear out of the house.

I’m not sure about the correlation between honesty and happiness. There is something to be said for honesty, of course, but I don’t think it has all that much to do with happiness.

Amber Sparks is the author of May We Shed These Human Bodies, and the co-author (along with Robert Kloss and illustrator Matt Kish) of The Desert Places. You can find her mostly at @ambernoelle or anoellesparks.tumblr.com.