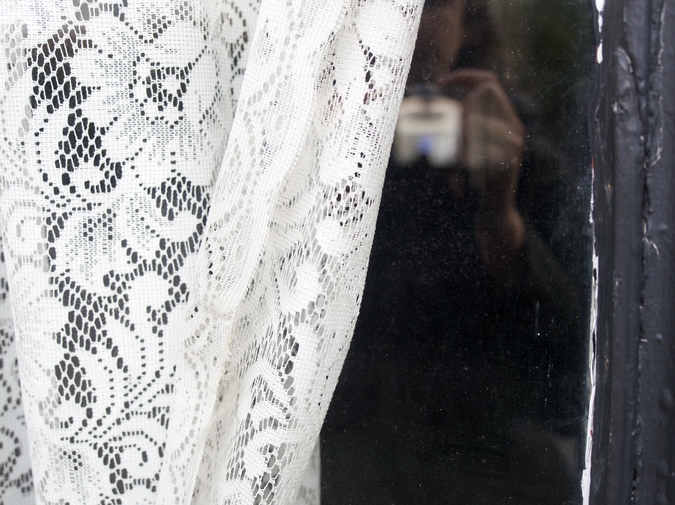 Even at odds, my mom and I agree on this: 2014 is the Seahawks’ year. This doesn’t diminish the distance across the couch. My friends insist football is brutal and inhuman. They cite CTE, date rape, suicide and murder, the sport itself, and I agree and agree and agree. Yet here I am, sitting in a curtained room as the evening flicker of the game strobes the descending dark.

I know brain damage. Over the past few years, my mother’s once silent stroke revealed itself. Her memory continues its ebb. She cannot now remember where she left her keys, her car, her house. She forgets how long to bake a potato; she leaves the bacon on high even as it billows smoke. She forgets how many times (too many) she’s filled her wine glass, forgets to close doors and drawers and cabinets, forgets that she should keep her clothes on—in front of her grandchildren and in front of the neighbors.

The odds are against her. Her sharp brown eyes, once as cutting as the Seahawk’s keen green, has hazed past the horizon. She grew up in Philly. In her twenties, she held Eagles season tickets and taught her six younger brothers how to love the team. Ask and they will tell you how Dolphins once swam away with a season, about broken quarterbacks and too short quarterbacks, cheapass owners and shithole stadiums. Their memories are long and comprehensive, as hers once was. Now, she has lost even the down. She asks which team has possession, what quarter we’re in. The lacing’s all undone, the spiral unbound.

Fourth and ten. Once again I’m punting terse answers. She’s gone a distance I fear I’ll follow. Then, in a dizzying moment, she returns with Flutie’s Hail Mary, with Theisman’s break, with the offensive line of the ‘75 Steelers, with Unitas, Montana, Starr, Brown, Greene, Largent. She runs on, rattling off a hundred old moments safeguarded somewhere against time’s terrible taking tide. And moored among the memories is my childhood, the love I gave, and how love eroded.

The score between us? Tally the times I called her stupid against the times she said I didn’t hug her back. Tally the times she left me waiting on a curb, unsure if she would ever arrive. Tally the flute I played for her, tally the barn owner she paid so that I could ride. Tally our history of unremarkable failures and how they added up against each other. All that we did and didn’t: strike the marks. I can’t forgive her, and I can’t thank her enough.

Once it seemed I couldn’t win. Now she’s forgotten to fight. It disarms and disorients me. I can’t calculate the time we have left, ticking, or the distance now still between us. Always at odds, we can’t find an evening, even as this bleak darkness descends. I don’t yet know that, in the year after her death, her Eagles will hoist the championship trophy themselves, or how I will both thrill and ache, wishing she could see it.

For now, I am trapped in this inescapable night. My children are too young to lose a grandmother to dementia, but there is no flag for this unfairness. We watch a game that beats on tough men’s skulls. The brain, too, is a body part, but it does not repair itself. Her mind and theirs will not reknit like a broken bone or pop into place after dislocation.

The clock’s count relentless, I loft a pass, a hand stretched to hers as we watch the game.

Siân Griffiths lives in Ogden, Utah, where she directs the graduate program in English at Weber State University. Her work has appeared in The Georgia Review, Prairie Schooner, Cincinnati Review, American Short Fiction (online), Indiana Review, and The Rumpus, among other publications. Her debut novel, Borrowed Horses (New Rivers Press), was a semi-finalist for the 2014 VCU Cabell First Novelist Award. Currently, she reads fiction as part of the editorial team at Barrelhouse. For more information,
please visit sbgriffiths.com.