An Act of Faith 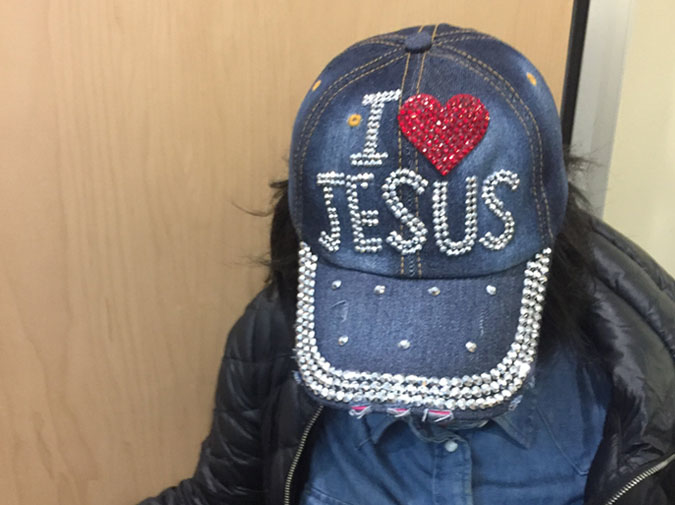 “God is good!” my uncle Albert chanted, and his congregation agreed in full force.

“God is willing to heal you of all that hurts you, my children. All he asks for is faith!”

It seemed less like a question and more like a dare. Would you dare to have enough faith in your God? Do you dare to prove the extent of your love? I couldn’t be dared to jump into the deep part of a pool, let alone to confess all my sins unto God.

I squirmed in a vortex of my own mounting sweat. The flock of my uncle sat elbow to elbow, shoulder to shoulder, releasing great quantities of spirit and heat. This had been his congregation for the last dozen years; two years longer than I’d even been living. They rocked and they swayed as his words worked them over, an ocean of tears, raised arms and “Amens!” Uncle Al paced up and down the length of his pulpit. His voice, strained with the weight of seeking the righteous, shouted for those with faith to come forward.

“God is waiting to heal you, my children! Come up, come forward! Let God’s love wash you over and relieve you of sin!”

Voices like thunder split the air through the church. The voices, these voices, calling out to my uncle, calling out for redemption, calling out as if God, not a man, were standing before them. I turned side to side to see who would move. Talking the talk of salvation was fine. Saying “yes, I believe!” was easy to do. But I wondered if anyone would do it for real. Would someone get up and reveal they were broken? Would a person get up for all eyes to see, come up to my uncle, and admit they longed to be healed?

“Prove your faith!” Al called out from his stage. His hands were balled into tight, shaking fists. Under his arms blossomed deep, liquid patches. “Let your faith in your God heal you now and forever!”

Movement from the pew directly behind me. My cousin Dawn, in tears, hobbled out to the aisle, propelled by her will and the voices that rose around her like embers from fire. She’d damaged her back a long time ago. Something to do with a pinched length of spine, about vertebrates crushed out of alignment. She’d suffered for years through pain and procedures, defeated by the limits of her body and science.

“Come forward sister!” Al’s eyes seemed to darken as my cousin ambled forward. His fingers unlocked from the base of his palms, striking out at the air like snakes toward their prey. Already alight with the charge of Al’s sermon, the uproar of his people transformed into furry.

“Come forward! Be healed! Let the spirit of God release you from suffering!”

My cousin shuffled her way toward the stage, where my Uncle Al stood shaking, waiting to greet her. Within the ranks of our family Dawn was viewed as a trooper. Always willing to help you out with a move, forever able to pick you up from the airport. More than once she’d volunteered as my sitter, distributing popsicles and tall cups of Kool-Aid to shut down the tears born out of the elbows I was constantly scraping. Al knelt on one knee and laid a hand on her head, raising the other up toward the roof, up toward the heavens, to God and beyond. “God in the heavens, merciful and kind, lay your spirit upon this woman! Let your everlasting power flow over her body, let it flow through her veins, to her bones, to her muscles! I beg you to search out her heart, oh God in the heavens! Let her be found worthy of healing by your everlasting mercy! I beg of you God, use her faith in your power to take away her suffering!”

“By her faith, oh my God, let your spirit heal her body! Take away all her pain and render her whole! In the name of your son, Jesus Christ, I call on you to make her well!”

“May her faith prove sufficient for you to restore her!”

As if unplugged all at once from an invisible socket, Dawn stumbled and began to drift toward the floor. Men from the front row ran up to catch her, thrusting their hands up under her arms. She flailed and shook as the men drug her backward. Struggling against her incessant convulsions, they pulled her back toward the far end of the church, where she worked through her conniption as if digesting lightning.

Surrounded by friends at the end of the sermon, I stood back from a distance and examined my cousin. Tears of salvation poured down from her face. One breath in, another breath out, she distributed hugs to all that were willing, to all that stopped to speak of her miracle. God had been good. God had been willing. Her faith in His power had released her from pain.

“Healed,” she said, running her fingers down the small of her back. “Healed. Just like that. After all of these years, I just had to trust Him.”

Like Judas lurking before planting a kiss, I stared at my cousin, watching, observing. I wished I could feel what the others were feeling, could let the waters of faith wash away all my doubt. I wanted to break through the orbit of bodies caught up in her gravity. To pull her down to my face, down to my level, and carefully whisper my doubts to her ear. “I forgot about the pain when you gave me popsicles. But it came back after I quit being excited. What if today you were only excited?”

“Healed,” Dawn said, and once again the congregation ignited.

“What does it mean if you’re really not better?”

“What does it mean for you and for God?”

A wince, just a small one, as she turned toward the door, flanked on all sides by fellow believers. No one seemed to notice the slight grief in her face.

Will McMillan was born and raised just outside of Portland, OR. His stories have been featured in The Sun, Nailed, Sweet, Cold Creek Review, and Thread literary journals, among others. His story featured in The Sun was the basis for a segment he did for the September 1st, 2017 episode of This American Life. He currently lives in New York City.