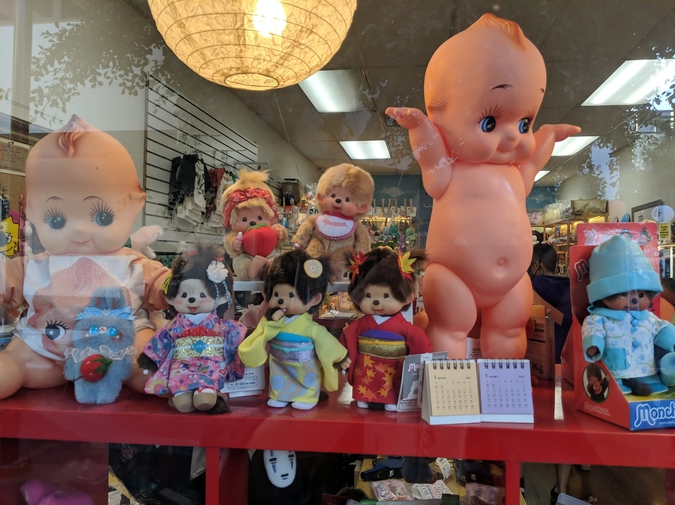 The Baby had too many medals. When he wore all of them for photo shoots, his head would droop, gold clinking against gold. He had a strong neck for a baby, but the medals were extensive and only growing in number. The Baby had recently won another for open skeet shooting; the week before he snagged a trophy in an under-18 precision rifle competition.

“He just picked up a Nerf gun one day and shot his bottle right off the table from twenty yards out,” Dad would tell reporters, with a practiced shrug/grin combo that played well on television. “We knew he was something special then.”

Mom was a lawyer but had quit the practice to manage The Baby’s social media relations.

The Baby was sturdy, with big feet and thighs like rising dough and eyes blue as the shallow end of the pool. Fine blond hair pushed forward onto his forehead. He couldn’t stop smiling—he’d find your eyes across a busy restaurant and stun you into happy compliance with a smile if he had to. His cheeks were dumplings.

His big breakthrough was appearing on the front of Guns & Ammo, silencing headphones strapped to his head. A small American flag lay over his shoulders, tastefully draping down to cover his nipples. The AAC Honey Badger PDW assault rifle with fully extended suppressor lounged at his feet. “AMERICA: GET READY TO FALL IN LOVE,” the headline warned.

No one knew the name of The Baby. The parents claimed privacy, but it didn’t matter because even if they knew his name, everyone would have called him The Baby anyways.

People flocked to the competitions. Babyheads wore the latest merch: a t-shirt featuring a life-size picture of The Baby, an exclusive fanny pack, or a giant holster-diaper that originated out of a Pampers and Smith & Wesson collaboration.

“Baebee! Baebee! Baebee!” The crowd cheered at a stop in Portland, Maine. The Baby picked up a gun and everyone in the crowd half-ducked as he loosely waved the muzzle around. It always took him a minute to gauge the weight. The shooting range was outside so The Baby wore a sun hat and SPF 50.

Depending on the particular shooting course, The Baby might have to be placed on a simple stand, several feet off the ground. Sometimes he laid down and fired from his stomach. Sometimes he wore aviators and a tiny bulletproof vest. His detractors claimed he was just showing off.

When he was ready, The Baby held the trigger with two hands and positioned the Glock 17 right in front of his chest. The crowd exhaled into silence.

The Baby squeezed off a burst of bullets. The glass bottles exploded in triumphant succession. The crowd lost it. The handler cleared out the broken glass and set up an array of fruit for the next trick.

One of the top-rated shooters in the country, Mackenzie Thurgood, cordially invited The Baby to a tactical handgun match. The winnings would go to charity, but the competitions would be scored nonetheless, and a winner crowned. The Baby’s representatives accepted.

Thurgood had a mullet but it was tight to his neck and well-oiled. They did a joint press conference. “Does going against Mackenzie Thurgood make you nervous?” a reporter asked.

“Poo poo,” The Baby said. Everyone laughed, including Thurgood.

The competition was close.They traded victories throughout the day. People online speculated that they had a deal in place to tie. Others said The Baby was too competitive to allow for such a thing, as a shooter hardwired for perfection could never intentionally miss.

In the middle of the competition they stopped to each drink a Bud Light, the day’s sponsor. The Baby’s Bud Light had been filled with formula, but it had a tinge of light beer flavor coming off the aluminum. The Baby liked it. He raised the can when he was done and the audience clapped.

The final challenge consisted of moving targets meant to mimic carjackers. Points were deducted if any of the family members inside the car were shot, but it was not a disqualification.

The Baby tottered towards the starting area with his gun dragging on the ground next to him. However, before he could begin, The Baby became distracted by a balloon—a cartoonish replica of himself—that had slipped off the wrist of a child in the crowd.

“Me, me,” The Baby said, tracking its movement with a raised gun.

The Baby stomped his feet in a tiny semicircle to follow the flight of the balloon. His neck was craned so far back that he almost lost his balance. He pointed at the balloon as the endless blue sky swallowed it up. “Me me.”

Under the spell of fixation, The Baby dropped his pistol. A shot fired, clear and loud. Even at a gun range, it sounded different, like the noise generated by a strong skin-to-skin slap. The crowd gasped. Thurgood plastered a hand over his chest and took a few steps back. He slumped over and sat in the dirt, hand still affixed to his chest, as if preparing for the Pledge of Allegiance. Thurgood rushed little breaths out of his mouth. A cool sick sweat had covered his face. Eventually, he used his left arm to push himself up to standing. Blood seeped through trembling fingers. Nonetheless, he pushed his hat back and smiled gum-deep.

“Welp, you sure beat me on that quick draw, Mr. Baby,” he cracked.

The Baby looked down at the gun like it was the first time he’d ever seen it.

Alex Juffer is a graduate of the MFA program at Southern Illinois University. Recently, he has worked at Southern New Hampshire University, the Loft Literary Center, and the University of Minnesota, teaching literature, creative writing, and public speaking. His work has been previously published in Epoch, Cleaver, Monkey Bicycle, Maudlin House, and more.