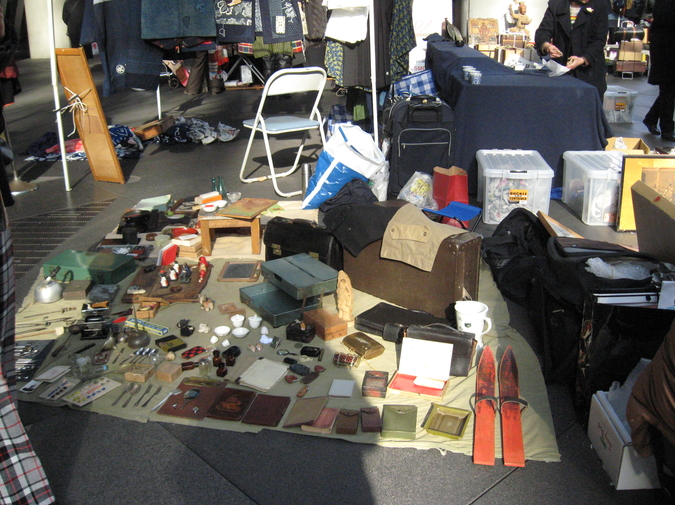 On the day we come with Daddy down the mountain, Momma wakes us up early while Daddy's still asleep, pulls out white poster boards, markers from the closet, and together, we draw babies. Heads with black eyes, bodies curled, hands in mouths, a blue cord running from their bellies to somewhere off the page. Momma does the writing, block letters in red, colors them in with diagonal stripes, her pen squeaking with each stroke.

We do this on the floor, so we have more room, and Momma has her pink Bible open in front her for the verses she writes down, though she knows them from memory. We memorize her favorites as part of school, practice them before bed, whispering the verses of Philippians, Galatians, and John, as Momma listens, kisses us good night.

We don't say the verses now as we write them, but Momma is singing one of her worship songs, quietly, so that she doesn't wake Daddy. She sings the song slower than we do at church, but I love her voice. It's smooth and glides over the notes the way the singers sing on her worship tapes. The song she's singing now is one that she's played on the stereo many times.

I don't sing with her. I don't want to spoil the moment where Daddy is asleep, and we are alone with Momma. The air outside is quiet, the neighbor dogs still, snow pristine as Momma sings of what the Holy Spirit is like, of water that's alive.

She blows the ink dry, holds the boards up to see. Daddy stirs and her singing quiets, gradually fading to a whisper, her mouth moving less and less, and becoming silent as Daddy gets up.

He takes a shower, gets dressed for another day looking for jobs, and we all pack the car with our posters, drive down the mountain where the snow is gone, the ground is dry, and sun is warm. Daddy drops us off with Momma's friends from church, a group standing with posters of their own. Behind them is a brick building with a green sign, the outline of a woman just above. Underneath her, it says hope.

We pray together, hold our signs up, the verses, the babies we drew and cars drive by, some honk, some yell, others hold their hands out from their windows, a finger upraised. The day grows hot and my arms get tired and my sister and I take turns holding the same sign. I look to the drivers' faces as they drive by and many don't look back, but some do, and I start to sing like Momma does, hoping they'll hear.

The song is from one of the movies Momma got at a sale at the library, one where they sell their movies for ten cents each. We watch it when Momma reviews the ten commandments and my favorite is the song for sixth commandment. I sing loud and my sister joins in on the parts she knows, hums through the rest.

I look to the building behind me where a truck pulls out of the parking lot, and Momma and her friends point their signs toward them. I continue to sing, wonder if the girl inside killed her baby the way Momma said people do when they come here.

I close my eyes, lift my head to the sun, sing loud, so that she can hear.

I picture the way the cartoon characters sing the song in the movie as crayoned drawings of babies, children of all colors fill, then fade from the screen. Black drawings of guns and bombs replace them when she sings of not killing, of respecting life and following God, a rainbow the characters in the movie call "the love light," and I imagine the darkness in the building behind us.

My sister loves the love light song, and we sing it together now as the girl's truck fades from view, our voices in different pitches, but saying the same words.

We sing the same refrain until we see Daddy's car come back, and Momma rolls up our signs. Daddy pulls over, waits in the driver's seat, car idling, as we put the posters in the back, and Momma opens the side door.

We get in the car, and Daddy says he got an interview and starts to drive down a road that leads away from the mountains.

"We have to celebrate," he says, "as a family," and I can tell he's happy. He talks to us in the rearview mirror, pats Momma's leg, and makes big motions with his hands when he speaks, leans back in his seat when he laughs.

He pulls into a parking lot and it's a restaurant I've not seen before. The windows have curtains and there's a garden near the steps to go inside. Momma pauses before she opens the car door. "Are you sure?" she asks Daddy, quietly, so that we won't hear.

Daddy's response is loud. "We deserve it. Come on, it'll be a treat."

We do, and the inside is fancy, candles on each table, waiters dressed up, and the lights dim. Music plays over speakers I can't see, and Daddy strides to the podium where the host waits, tells him he wants a table for four, looks back at us with a smile, gives Momma a wink.

We sit at a table by the window and when the menus come, I look for the prices as Momma had taught me to do, for the meals that are cheapest, but I don't see the numbers anywhere. Momma's breaths are shallow as she thumbs through her own menu, and I can see her casting nervous glances at Daddy, at the waiter coming to our table. Looking to my sister beside me, I poke her side, so that Daddy doesn't see. "Share?" I ask, and she nods.

The waiter comes, a man whose hair is slicked back, his suit pressed flat, and sets a basket of bread on the table, pours oil in a saucer. He asks for our orders, and Daddy takes our menus, says he wants a steak for everyone.

"The finest cut," he says, enunciating each word with his hand held up, fingers out except for the thumb and forefinger that touch. "And a cigar," he says. "The best."

The waiter leaves, and Momma leans in, speaks low, but I can't read what she says.

Daddy leans back in his chair, laughs. "Of course. Besides, we'll have lots of money once I get this job."

The steaks come, and the waiter leans down near Daddy, a box of cigars open for him to pick, and he chooses one in the middle, waits as the waiter lights it. I had never seen Daddy smoke a cigar, and he looks funny with it in his mouth, especially when it keeps going out, and Daddy has to call the waiter over again. As Momma cuts up the steaks for us, Daddy looks to us again, asks how our day went, and we tell him about the signs we made, our prayers with Momma's friends and the people we saw.

We eat, and I watch as Daddy takes in large mouthfuls of steak, bread, talking to Momma between bites. He continues to smoke, and my sister watches Daddy, waits for him to stop talking, to take another bite before she looks to Momma.


"Momma, what's this?" she asks, and holds a fist up, middle finger raised, and Momma darts her hand to cover it, but Daddy sees.

We had seen it today when cars were passing by, and I was curious, too, but the faces of those who used it were angry, shouting at us as they drove past. I didn't think my sister had seen.

Daddy's face changes as his knife clatters to his plate. His leans forward, his eyes hard, and catches her fist, clenching it tight.

"Don't you ever do that," he says, the burn scar on his neck darkening the way it does when he gets angry, and I can barely hear him. "You hear me?"

His grip gets tighter, and my sister's eyes fill, her face getting red, but she holds it in.

Daddy releases her and holds an outstretched hand in front of her face.

"Do that again," he says, his voice still low, "and I will rip your finger off."

He makes a motion with his other hand to pull off his middle finger and for a long moment, everyone at the table is silent.

Straightening, Daddy throws his cigar down on his plate. "We're leaving."

He takes his wallet out, grabs all the money inside, counts it and puts it on the table. "Give me your wallet," he says to Momma, and she does. He cleans it out and sets the bills together. It's all the money we have.

We leave, food uneaten on the plates, Daddy's cigar still smoking, and the sky is dark when we go outside. Daddy drives back, fast, passes the cars ahead of him, and we don't say anything. When we reach the mountain, we hug each curve in the road, Momma holding onto the door handle, my sister and I leaning into one another, skin, clothes touching. Usually, she sleeps on car rides, but she is awake now, wringing her hands, one then the other, gripping tight, so that there are brief seconds of white across her fingers when she lets go. I look down to my own hands, think back to the way Daddy held his hand up, then jerked with the other in a motion to break, pull his finger off. I pull at my own fingers, gently then hard, wonder how much force Daddy would have to use to pull them off, if the bones would have to break before the skin came free, and how much everything would bleed when he was done.

Tawnysha Greene is currently a Ph.D. candidate in fiction writing at the University of Tennessee. Her work has appeared in various literary journals including Bellingham Review and Raleigh Review and is forthcoming in JMWW.