After All Disintegrating as an Active Mode 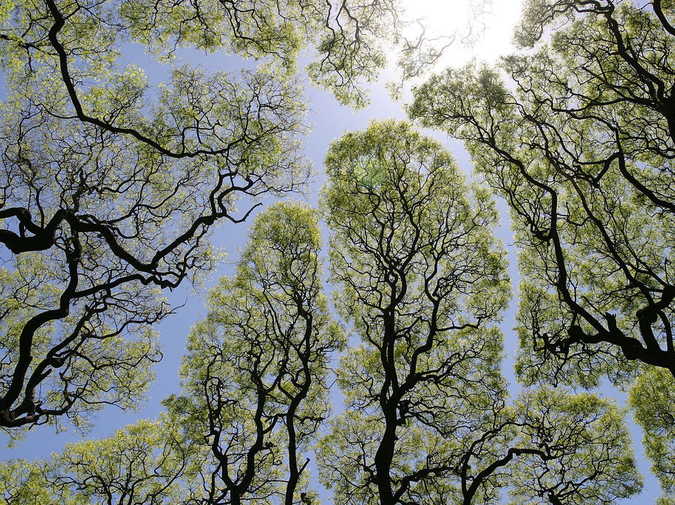 It is very much par the normal course of events to find yourself lying sheathed in an almost translucent blue-and-silver shawl on a patch of ochre dirt land, stroking the ground a little, early of a June morning. So it was with Simão. You may guess he had been drinking; sure he had. There were pinkish orchids in the trees above and glossy bromeliads bending wet and clutching each branch a bird or two with an intellectual and mocking eye.

In the history of human adventure this was all quite meek. Battles have been fought on frozen rivers in which everyone was naked and the squelched and various wounds steamed mightily and the blood froze like a red carpet under the players. At other times let’s be clear whole families were lost as city streets were renamed by a single pen stroke, or under a cracked glass were rerouted into a subterranean channel. Even once it is rumoured that an astronaut vanished from the international space station, though its doors are kept firmly snibbed even in the finest weather.

On inspection, Simão found he still had his wallet in his fist and a cigarette tucked in the curls of his hair. He was well aware that he was a person in a body that had seen more than thirty festivals and that if he stood up too fast the birds might scream at him in their finery and split his head apart. So he got up a little at a time, hands first in rebellious surrender to the earth then securing the shawl around his waist he made his way grimly out the park and through the town. A dog took a fancy and walked alongside him. Simão looked in the dog’s eyes and saw that the world had not ended as earlier had been predicted by certain undeniable signs such as the whole human population falling into one great mass die-off. People are still here! Said the dog’s eyes.

Yes, the news before this story began had not been good. Quietly, the despots had been sharpening their knives, which were comically large and menacing. Loudly, the people had expressed the belief that the earth was kept in a bottle, like some kind of fern. Or that it was made of bread, and very little at that. The movement of people or objects across arbitrary border lines was a conspiracy to starve other, somehow better people of their way of life. The moon was a dissident, an illegal. Simão and his friends had pulled out their hair in disbelief. A very terrible disease or two rolled out; and people murmured, with a touch of uneasy satisfaction, this is it.

Everything had changed though, as it often does in that part of the world, overnight; done with sledgehammers and tiling, indoor paint, song, and the black mould. The people sat in the wall-less cafes and talked about their children and their neighbours’ good fortunes. Such things are on occasion done with envy, dolour or gladness of heart—it only mattered now that they were said at all. The people lay sensually in the road having recently been hit by a car, or crouched around such people lying bleeding in the road holding their wrists and counting with frowns of compassion on their faces. Simão bit his thumb. It was the best of days.

He heard a voice then, telling a story in a foreign language, a fine story that had something to do with him only he had a different name and lived in a contradictory place like and unlike this, and suffered other indignities and made great things. He followed the voice. He followed the voice amid the clamour of the town until the town became a violently enormous city where the tall buildings rose above impoverished people with rumbling carts and richer people poured their lives into black devices and the narrative of the city was printed in complex hieroglyphs on the highest parts of the walls of the buildings, which all read and it was as if centuries had no meaning. It was as if the gods were laughing behind their hands.

The voice then lifted Simão above the apartment blocks and the skyscrapers on language tendrils. Stone and pollution blurred into background. He rose like a representative figure in an oil painting, all delicately fluttering blue folds and suggestions, never confirmed but believable, of corporeal humanity. A handsome man is sometimes an analogous line in a poem you flicked through, or pleasure in a tarot spread. And all this was happening because he had been drinking, and had woken in the dirt.

But, now he thought of it, he had no memory of the night before. Now he thought of it, lifting higher, being lifted from the city like a spoonful of cream, like an astronaut spirited far into the annihilating blue yonder, he had no memory of ever being in his life, and it seemed that the life the voice spoke of was his real life, divided from him by a veil just like the one he was wearing, so easily and shockingly torn if it only could be grasped in his two hands. But he realised at once that his hands were not the hands that could do the tearing. His hands were symbolic; a hopeful set from a set of parts hopefully sketched out at the behest of this voice. Somewhere on the other side of the voice was the truth, but he was hearing its inverse, the fiction.

Simão’s main flaw was that he both believed that fiction and truth were and were not neatly dichotomous. Just as foolish as imagining the sky and the ocean are separate things. He was quite good at imagining a way of being in the world that evinced neither impulsiveness nor lurching distress. He was very reluctant to say what was on his mind, and everything had to be come at by a long and complex series of internal negotiations — in much the same way as it was to look at a beautiful person stand next to an old painting of a person who is beautiful in a similar way to them.

A dog was swimming in the dusky air above the city. The same dog as before or a different dog, it did not matter. Indigent dog with a collar of leaves or ribbons. Dog made of clouds, shifting in the slight wind to become a cobra, or a man on a horse. It did not look at Simão. This clarified the essence of what was happening. Everything, yes, had changed. Simão gazed lightly at this happening, waiting for his own transformative action to come upon him. He waited and at length the world opened right the way around like something had unzipped it. Visible like creation and unlike it, his other self, which he saw as if through a glass, as if through an apartment window that was also reflecting an untouchable variation on his form. His name was not for recording here. He was in colour and flesh and had a voice of his own, one presumes. What he said isn’t exactly transmittable. But he spoke. The world changes all the time, he said, it’s not for you to determine. Now it changes again.

Bravery is ever in short supply and a change is often a change for the worse, or a change into something so close to the original that it galls to look upon, just gives one the morbs. Nevertheless, behind the story was the man who had here been called Simão, who was now like many other human beings flickering into being in his own bed. Something also shook in an existential manner by the window outside our man’s studio; depending on how he understood it, a dog, or a cloud, or a city tree full of clever birds.

He was then not entirely as he had been before; at least, he had dallied in what the first voice had wanted him to dwell (let’s say). Let’s say next upon waking he jammed a hand under his pillow, seeking comfort or some tie to the fading former reality, and what did he find? Not a miraculous blue-and-silver shawl; the pressure of his pillow, particular as real life. Or maybe he refused to move his hand, and did what he would like, after all. But it exists somewhere, that delicate piece of fabric, just like the rich dirt of the country he had departed. As a political allegory, perhaps. Or something of the body, the tenderness available to masculinity that might be profitably engaged.

Helen McClory lives in Edinburgh and grew up between there and the isle of Skye. Her first collection, On the Edges of Vision, won the Saltire First Book of the Year 2015. Her debut novel, Flesh of the Peach, was published by Freight in Spring 2017. There is a moor and a cold sea in her heart.