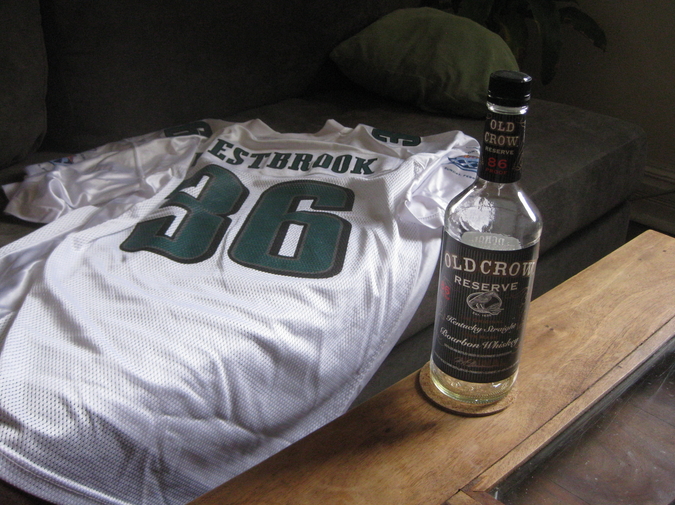 It’s 10:57 Albuquerque time, eight minutes before kickoff, and I’m already flustered. I hosted a party last night, which means I woke up this morning with a clogged kitchen drain and beer bottles on every flat surface, pigeons eating castoff Doritos in my backyard, strange cars lining the street and strange bikes in my living room, a case of soda still cold in the cooler on my back porch, and not a single decent alcoholic beverage anywhere to be found.

The problem is not what you might think. I don’t typically drink in the morning, but watching the Philadelphia Eagles sober is like dancing sober or bowling sober – you’re taking a big risk that at some point you might actually see what you’re doing objectively and suffer the cascading realization that everything is meaningless and we’re all going to die. I could make coffee, like a decent person, but I bought this mammoth bag of Costco coffee the other day that was supposed to be piñon nut but is actually hazelnut and it’s an atrocity. 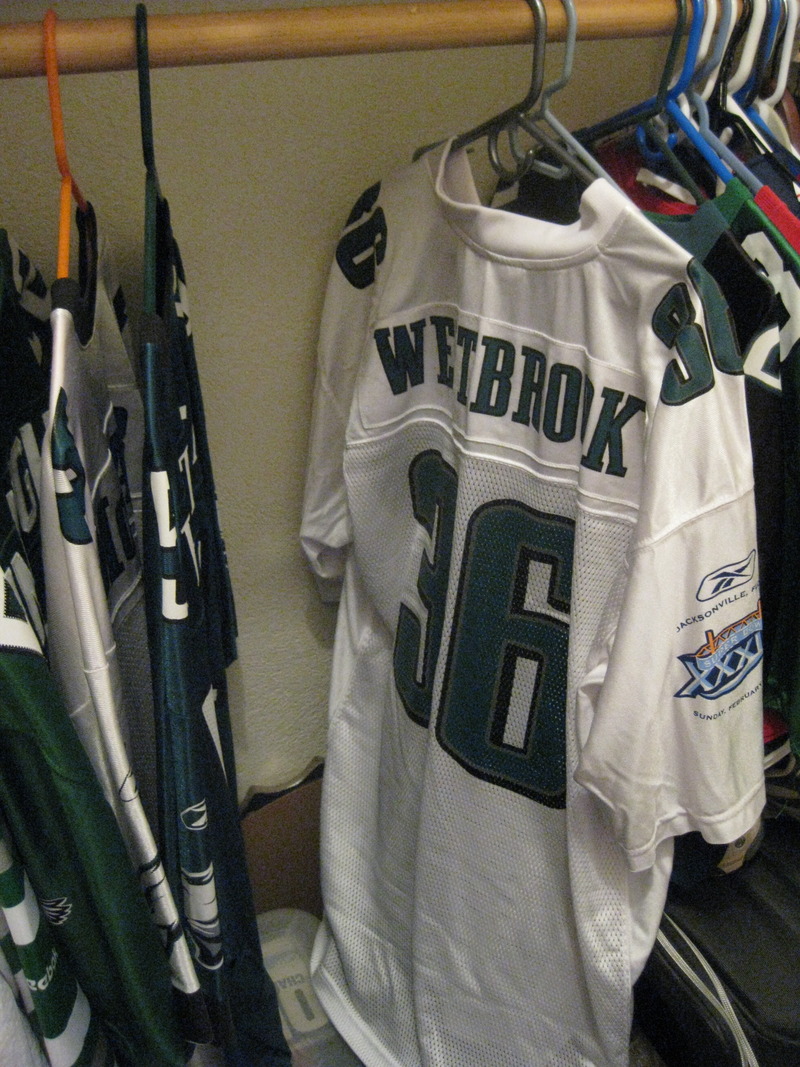 Even worse, I woke up late and had to rush my jersey choice. The first jersey selection of the season is critical, like naming a baby – screw it up and little Jean-Luc is getting his ass kicked all over the playground for the next seventeen weeks. In my haste I went with my Brian Westbrook’s Super Bowl XXIX commemorative jersey, a jersey which, now that I think about it, might be bad luck. They lost that Super Bowl. Let’s not talk about it.

On TV, Michael Vick comes out of the tunnel. By the time he gets to the sideline he will already have beaten a pit bull, broken a rib, and thrown an interception. The fridge is full of condiments and almond milk. The beers in the backyard are warm. Somebody, presumably an adult, left an unopened bottle of strawberry-flavored Arbor Mist on my kitchen counter, but just because I’m 31 and wearing the jersey of a recently retired running back and searching for alcohol first thing in the morning doesn’t mean I don’t have any dignity.

That’s when the bottle of Old Crow Reserve catches my eye. I bought it last week and it’s been sitting in my wine rack waiting for a fitting opportunity to be tasted. And I can’t think of anything more fitting for Old Crow Reserve than getting sloshed into a red plastic cup at 11 a.m. on a Sunday while teams from Cleveland and Philadelphia play a football game.

The Reserve comes in a black-labeled version of the Old Crow plastic-capped bottle, is six proof stronger, costs two bucks more at my liquor store, and smells like a hooker’s orthopedic insole. Supposedly it’s new, an upscale version of Old Crow, which is sort of like if Arbor Mist released an Estate Strawberry White Zin. The Reserve seems a little harsh on first sip, hot on the finish. But it helps me deal with the goddamned offensive pass interference flag that negates a long gain on the Eagles’ first series. The NFL’s regular refs are on strike, so they’ve found a batch of overzealous replacements. It’s like if they replaced your city’s cops with mall security guards who immediately started running around nightsticking jaywalkers. Really. It is exactly like that.

Then it happens: third and 15, Vick under pressure, he bobs and weaves and breaks a scramble for the first, and I’m in love again. Paris, that sidewalk café, the sunset walk along the canal. You guys don’t know what he’s really like.

The Eagles fumble. The Browns kick a field goal. The Eagles fumble again. I pick up my football-shaped Eagles official merchandise couch pillow, tuck it high and tight against my ribs to demonstrate the proper technique, and yell “Like this!” at the television.

The Old Crow is better with an ice cube, still a little syrupy, but drinkable. According to the Internet it’s made by Jim Beam.

The Eagles play like dogshit but win on a last-minute Mike Vick touchdown pass after the Browns, perhaps finally realizing they’re from Cleveland, botch a series of easy opportunities to win. The Old Crow doesn’t improve with quantity and eventually, once the Eagles have pulled it out, I go get coffee down the street and go on with my day like a normal person.

The verdict: Old Crow Reserve isn’t good, but it does its job. That probably ought to be its slogan. And maybe the Philadelphia Eagles’, too.