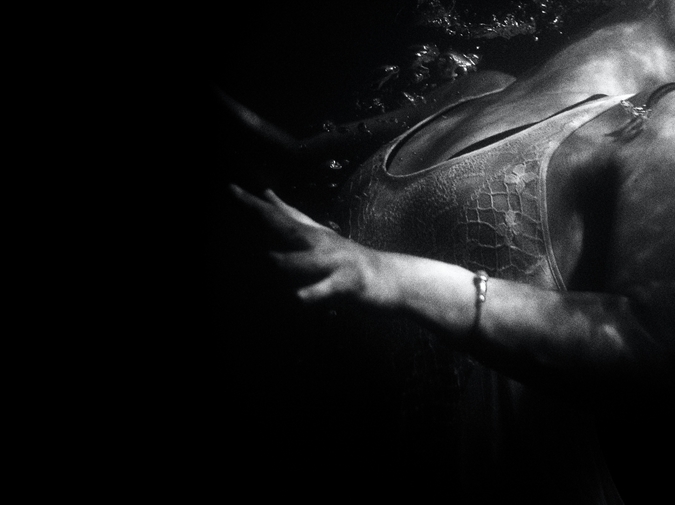 My happiest memories all involve an intense desire to be strangled. Or slapped or punched or tackled to the ground, aching in odd places, black-eyed and loose-limbed and broken-nosed, bruised ribs and bloodied fingers. Sometimes these memories aren’t events at all. Just tiny fleets of imagination, bursts of fantasy. Getting into dream colleges. Getting back into relationships that never really existed. Getting a cat. I’ve always wanted a cat. I’ve always wanted two things, really—the cat and everything else I wanted. I’d pray, when I was younger. I’d pray for these two things, as if it were really that simple, as if I could crack the code by figuring out the right words—God, all I’m asking for is what I want, when I want it. That’s all I need from you, I promise, I promise—and sometimes it was that simple and sometimes it wasn’t.

I didn’t get the cat in the end.

You’re in there, you know nothing. You won’t survive the way you’re used to. You won’t even take in air until you consciously do it—and you’ll forget. If you forget for too long, you’ll die. Water pressure. Your lungs will collapse. Your body will crumple in on itself until there’s nothing left of it—and there’s nothing we can do about it. Do you understand me, kids. Say yes if yes. Say yes if no. No one laughed.

There was nothing I could do about a lot of things, which was why I prayed. My father always said there was no harm in praying, though it seemed to me later that there was—there was harm in everything; everything you did would mark you in a way that was terrible and irreversible.

There were other ways you could die too. In the water, you had to breathe with your mouth. In the water, if you tried breathing with your nose, you’d breathe in water. This would make you think you couldn’t breathe, which was wrong, because you could breathe—all you had to do was suck it in with your lips, pull it from the tank. Suck, suck, suck—that’s all there is to it. But you panic, you forget. This seemed juvenile to me until it happened, and there was water in my nose, salty & dense, water everywhere, inside and out—and I fled to the surface like a corpse. The instructor told me later, go deep enough and surface like that—that steep change in depth, your body a strand of rope stretched thin, thinner, breaking—and you’ve found a surefire way to die.

When I get excited, I forget to breathe again. I’m back in the ocean, back to the salt, salt everywhere, salt inside and out. Sometimes I place my hand at my throat and press—I squeeze until I actually can’t breathe, and this suffocation reminds me that I can breathe otherwise, when there aren’t hands squeezing my throat. It’s so important to remember this. So important to realise there’s pain of two kinds—the illusory one and the real one. And even if you’re always in pain—which you probably are—no one cares about the first kind. It’s not going to turn up on your college applications or your Insta stories or your journals or your medical appointments. The first kind of pain, the illusory pain—it’s just there, water in, water out.

When I’m in enough pain (the real, physical kind; the black-limbed, bruised-eyed kind) my body’s so terrified that it slips into an ecstasy of sorts, which only agitates me further, which sends me craving more pain. Praying was like that. I prayed when I was desperate, but the hope that praying gave me only increased my sense of desperation, doubled it. Now I wasn’t just concerned about whether I’d get what I wanted; I had to worry about whether God existed. Or even worse, whether God cared enough for me to do something about it. I’d watch out for some small sign (a curtain moving without wind, a flash of lightning that struck too sharp, odd shadows, odder reflections) and then I’d pray to see all this. God, give me the insight to recognise—

I can never subject myself to enough pain to send myself into those euphoric states—I only taste it, or I sense it approaching—I see all the signs, like that constriction in my throat before I’m about to cry. I haven’t cried in a while, but the constriction happens when your vocal cords expand and contract at the same time. They expand to let in air so you can breathe and contract when you try to swallow sobs.

I try to punch myself but I can never bring myself to do it. Slapping is okay, but it’s not enough. I throw myself on my bed until my back aches and then I smile. All I’ve ever wanted is for someone to hit me as hard as they—

Naturally, before I jumped in the water, my father signed forms. I stopped counting at the seventh time it said I agree to take all responsibility for the injury or death of my ward-—

I don’t get why anyone would think they can swallow sobs, as if you can just house it in your body like an egg until it’s ready to hatch—but you’re never ready to hatch, you just want to stay in the water forever until you’re breathing it all in, all out, your entire body water. My body rushed to the surface for me, but there was death either way—if I stayed in, I drowned; if I came up, I drowned. Sometimes when I’m really sad, I think to myself—what are you feeling now? what are you feeling now, talk to me, what are you feeling now, talk to me—and my hands are at my throat already, squeezing, squeezing, and I’m saying, God, all I’ve ever wanted—

We’re all so confused, even our vocal cords

I didn’t get the cat in the end, but I didn’t die in the water either, which—I suppose—is a good-enough thing.

Shreya Vikram is a writer based in India. A Dorothy West Scholar, she has been recognised by the Adroit Prizes for Prose. Her work is forthcoming in Smokelong Quarterly, Rumpus, Up the Staircase Quarterly, Atticus Review, Ruminate and elsewhere. You can find more of her writing at shreyavikram.com