A Kind of Miracle 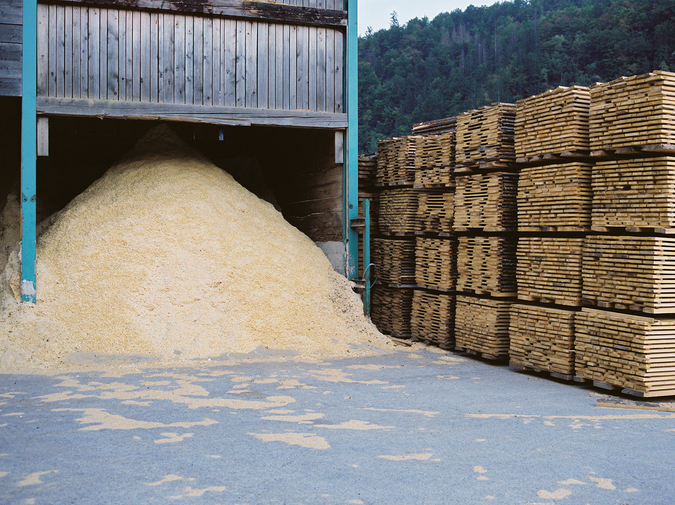 Before Marlon and I go down the hill to check on the pregnant cow we set the large cauldron full of water heating on the single burner. It will be hours before the water boils. In the pasture the cow lays behind her newborn calf, brown with a white spot on his forehead, fur wet and matted. We try to get him to walk but he won’t, and so I carry him, heavy even on his first day of life, up the hill and lay him on a bed of hay in the cow pen where it’s safe. It’s a slaughter day, and later a few students will be allowed to observe, an exception to a longstanding rule. Marlon, breath puffing out in the cool morning air, says to no one that if the students cry, he will cry too. This isn’t a process you want to see again through new eyes. For now we are still alone. The water isn’t hot enough yet and, besides, the cows need to be milked. When we’re done we carry the milk in a metal jug further up the hill on our shoulders, trading off when our backs begin to hurt, and after breakfast we return, stand in the center of the stable, watch the steam drift up off the cauldron.

Edgar looks so casual with the ax. It rests on his shoulder, rust eating away at the blade. Sixty years old, broad-shouldered and strong, his goal is to knock the pig unconscious without killing it, so that the heart will help in draining the blood. Too hard, and the blow kills the pig outright. Too soft, and it suffers.

There is a small pile of feed on the concrete floor. The pig hesitates on the threshold between the pen and the larger stable, soiled water trough behind him, metal chain hanging from the ceiling and swaying just slightly in the breeze coming down the mountain. They always hesitate, the pigs, when they see that pile of food out of place. They’re smarter than we give them credit for.

Marlon is off to the side, holding a foot-long knife that we spent the morning sharpening. The cauldron is simmering now, sitting atop the camp-style burner being fueled by methane, which runs via direct line from the biodigester. We point out the efficiency of this system each day to the tourists, all that waste going in one end, gas separating out to be used for cooking, and then, at the end of the line, a small trickle of water, clean and clear, returned to the dirt. A kind of miracle. I’m in the background, flanked by the students who wanted to see where their food comes from. The song ‘Bailando’ plays quietly from the radio in the corner of the stable, for the thousandth time. The calf tries standing, legs long and thin and awkward, then settles back on the hay to watch. The pig is four months old. He doesn’t have a name. He moves to the center of the stable. He doesn’t eat the grain, as though aware that that’s not the point of this exercise. Edgar, expressionless, takes the ax off his shoulder, swings.

When the blunt end connects with the forehead of the pig there is a wet sound, a sickening sound, metal to bone muffled by a layer of flesh. The pig drops to the floor. Marlon steps in and stabs to the left of the heart by two inches. The heart continues pumping, begins to drain blood out of the hole. For a moment everything is as it should be, pig motionless, bleeding, Edgar with the ax back on his shoulder, Marlon staring down toward his feet, knife glistening red, me in the background, just ahead of the students, one eye on the scene and one on the group, looking for someone who might panic, cry or scream or try to help.

Then the pig begins to shriek. A familiar sound. The heart goes and goes and goes and the hole next to the heart leaks and leaks and leaks while the pig screams. The floor is getting slippery, and Edgar and Marlon are circling, looking to make things right. The legs of the pig shoot out involuntarily in a type of seizure, strong enough to crack bone. We all know this, all except the students, who are being kept a safe distance from their food, and the calf, impassive behind us, whose life to this point has been an exercise in waiting and watching.

Edgar swings down toward the forehead again, and this time there is an audible crack. Then there is stillness for a moment, precious and delicate. An hour from now the pig’s flesh will be in a cooler waiting to be delivered to the kitchen, its innards buried in the field next to the stable, its heart in a bag tied at the top and sitting next to the burner. Edgar’s wife will make soup.

But right now the pig wakes up again. If anything, the shrieking is louder than before. Marlon steps closer, almost slips in the blood, plunges the knife back into flesh, two inches to the right. A kindness. The pig goes silent mid-scream and Marlon steps back, next to Edgar. We will have to drain the blood ourselves, a slow process, the pig hanging from the ceiling. Bailando has frolicked its way through the bridge and into the final chorus. Behind me there are four students and one calf, all staring. The calf is the first to turn away.

Evan Senie is an MFA candidate at Colorado State University and co-host of the Colorado Review Podcast. Find him online at evansenie.com or on Twitter @senieevan.