A Heart and a Half 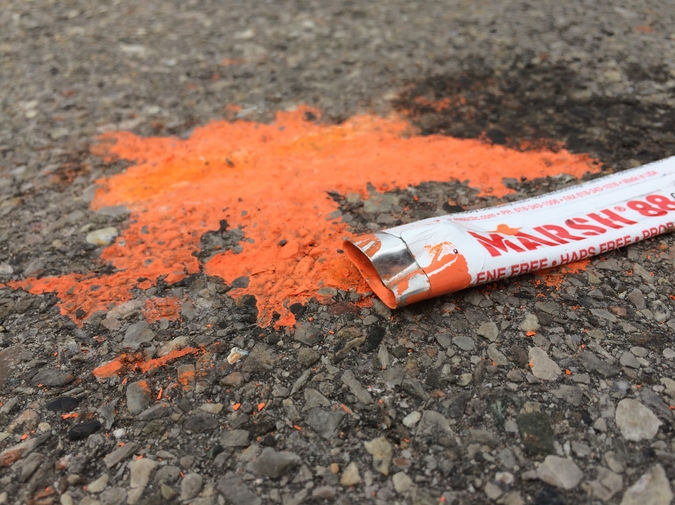 Out by the park, I say, I’ve got your blood in me, and you look at me funny, like you are waiting for this to be another mediocre joke, and it is, somehow, but I don’t know the punchline yet. We’re walking when I say this. It’s winter-solstice-cold, but we’re still young, like we’ve always been, horribly, blasphemously young, young enough that we shouldn’t feel these broke-body aches, not yet, not here, in this city, on your birthday.

I’ve got your blood in me, I say, because at this exact moment I believe it. I feel my one hundred thousand veins all full up with some true part of you, heamatopoietic cells born from your very center, your spongy marrows, like our son never quite was. And as a response, you make a soft noise, Ms and Hs and Ms, a hum I feel through the tines of your fingers. Then, silence: this elephantine decade between us. The knowing and the never unknowing filling in the hollow and round-belly letters of our words, bruising this clumsy and inadequate diction of regret. Eventually, you make more Ms and Hs, the clouds of your breath vanishing in the arms of skeleton trees, and I realize how hard it is to look you in the face, today, on your birthday; that I’d rather look in the faces of all the hundred other pretty-teeth women in this city, by this park, on this bitter cold morning: there is no one easier to love than a stranger.

And suddenly, I know you are going to tell me, when you finally speak, with your nicked-glass voice, that your blood is no good. That it cannot even beat a heart-and-a-half; that I’m better off without it.

I’m telling you this because I never understood until now, because, what you say then, really, I’ll remind you, is: My body is not a sorrow.

This came back to me now, today, because of the taste of my own blood. I’m here, three time zones from that city, that park, splayed among the broken bottles and cigarette butts of the train yard: three rooted knots of teeth kicked in, spit to the burnt soil, the copper sap oil-thick and pooling in my throat, my head still fuzzy with adrenaline. Somewhere coal cars couple, traffic murmurs along the service road, bruised-knuckled men hyena-laugh: the concrete and steel and violence that will outlive us.

I lay and gasp and long for the sweet of you—the peach salt of your skin, the din of that love—and feel ashamed of my greed, that petty-jealous hunger, to share what you shared with our almost-son, to be blood.

Do you still wonder about his hands? the shape of his knees? the color his eyes could have been?

I think I know now what I should have said out by the park. I should have said, I’d like to crawl inside you and die. I’d like to suffocate. I should have said, Like he did. But how could I have known that one day the shower would whine off and I’d watch dazed as you dried your hair while hulking strangers shouldered your things to a yellow and rust truck, one box at a time, one limb after another, till it was just me in that blue room, the mobile half untacked from the ceiling, the towel still wet, and after all these years, a part of me still waiting.

Still waiting even though I know that by now we’re all new: a billion dying cells, dying and dead and gone, split and replaced, a skin shed and left for the memories of others, to clutter up the darkest corners.

I should be free.

Shouldn’t my sorry body—wasted beside these tracks, in this swelter-city and these women that are not you—have the will to stand? Shouldn’t it be more than some body you never read. Some blood you never drank. Some bones you never ate. And shouldn’t we be more than strangers, speaking foreign tongues and having foreign sex on the summer solstice?

Gary Joshua Garrison's fiction has appeared in or is forthcoming from Southwest Review, Bayou Magazine, and Word Riot, among others. He lives in Missouri with his wife, two torpid cats, and several wilting houseplants.