A Few Thoughts While Shaving 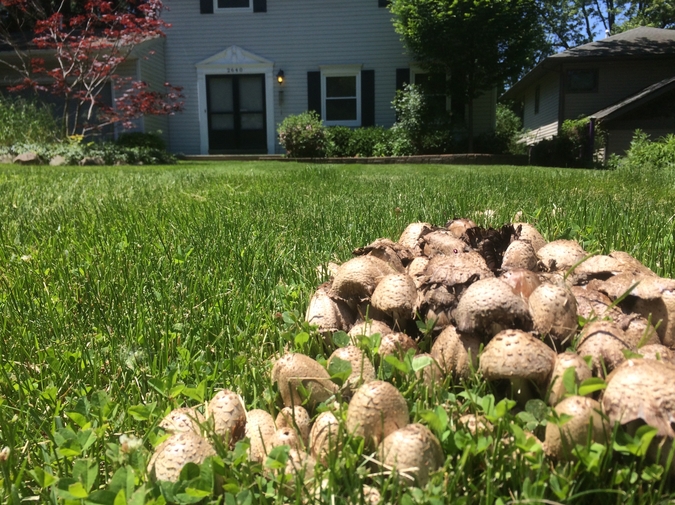 It’s getting harder and harder to shave my pussy, let alone the tight star of my asshole. At this point in my pregnancy, a leg up and lifelong sense of my own topography are required to circumnavigate the globe of my belly. A hand mirror would be good, but this isn’t the 70s, though it might as well be, since in a proverbial sense I just took off my panties in a room full of like-minded people.

My husband shaves his beard with my razor every morning. The blades are dulled by the time they get to me, but I don’t mind, really. He’s worth it. He even thinks I can make it as a novelist, a belief I have not been able to shake, despite the odds.

We’re planning on two kids, and as this boy burgeons within me, I’m considering whether to ask my doctor to harvest my tubes moments after birth, if it happens that I deliver by Caesarian after a full day of unmedicated back labor, like the first time, last year.

Disaster looms. Murphy’s Law and all. I can’t even write what I’m afraid might happen. It’s smart to keep a generator. That’s what I learned growing up in hurricane country. That, and get a ring on your finger before it’s too late. The good ones get gone, and what’s left is damaged beyond repair. Or maybe that’s me.

Will I have time to write, or won’t I? That’s not a question that kids answer for you. It’s a discipline, like joy, and I’m working on it.

I didn’t think I’d get to make these decisions. Twelve years ago, I woke shaking from anesthesia to a nurse who told me they took my right ovary while I was out. Didn’t ask, slipped a sack around its bulk and began chopping, working with a camera and a knife and a noose tightened around the mouth of the bag.

My hospital room filled with bouquets. I shocked a college friend by tossing the carnations. He didn’t know I was capable of such ruthlessness. He should have seen what I did to the drafts of my first novel, but by then, we were no longer speaking.

After weeks of healing up, I shuffled to the stationary store, wincing with the pull of each stitch, taking the sidewalk so slow that people parted and coursed around me, and for the first time, I felt true kinship with the old.

I had to rest on a bench halfway down the block. Hand on my swollen stomach, I stared into a café. At its door, a starched waitress looked me over. You should eat, she said. Think about the baby. I smiled, the smell of warm garbage rising around us. Dumpsters still make me nostalgic for New York.

The point is, I was given time to develop nostalgia and have children. Ovarian cancer is deadliest in the young. By what must be called a miracle, no small mercy but a goddamned miracle, a cyst grew on my left ovary to sound the warning bell with painful farts and bloat while, unbeknownst to the many scans that preceded my surgery, a tumor grew over my right ovary like a second skin, a shroud.

Turns out my surgeon was the curious sort. Once she cut out the cyst, she turned her camera on my other ovary – took a tour through the neighborhood, so to speak – and I can only imagine the shock and dread of seeing what slipped past the tests, and perhaps a moment of self-congratulations before she readied another bag to pass through the hole she’d opened at my bellybutton.

She didn’t save the tumor for me to inspect. She said it looked like cauliflower, but gray.

I was given time.

During my first pregnancy, dark patches of skin surfaced on my forehead and upper lip, where they bob like kelp in the sea. Lines have moved in around my mouth and eyes. My first birth scar healed red. It smiles, eclipsed by my planetary torso.

My bout with cancer was over quick. No chemo, no radiation. The tumor was borderline, not quite benign, but not yet on the attack. I think of it as a dandelion head teeming with fluff, cupped slow and careful before the gust.

After the swelling subsided, everyone thought I looked great, by which they meant skinny, and I was. Released from my post-grad internship by editors who sent a card but no job offer, I booked a colonoscopy and an unpaid reporting assignment in Buenos Aires. I coasted on the savings from my first internship, that cushy cul de sac, having learned frugality from both sides of my family, the military line and the immigrants. My forebears knew how to duck a dictator and surface in a new country. Like them, I was eager to work.

Soon after, I became a beat reporter at a daily paper. Business, then politics. Which was exhausting, as one might imagine, deadlines rolling in without cease, the exhilaration candied with stress I chose for myself as though my body had not already warned me. Even now, years after the newspaper closed, my eyes are shadowed. I drive myself hard, draft after draft. In the dark hours, my elder son cries and reaches for me, his sobs echoing to his brother through thick fluid. I haven’t slept the night since he was born.

I am learning to accept myself. I hear that’s the first step toward love. And I need, so desperately, to love these boys right. If only for that reason, I will do this thing that I once found unfathomable.

Besides, my face looks like it’s fixing to stay this way.

My dad ignored the lump in his throat for months. The tumor’s shadow cuts across his neck in a picture of him on the boat in the Everglades, his head to one side. Just before the diagnosis, he was swarthy and powerful. He emerged from chemo pale and thinned. Radiation burned his throat so bad he toted a thermos of milk for years.

He’s strong again. We’re fighters in this clan. My kin have a habit of leaving trauma behind. By which I mean moving on. But of course, you always carry it with you.

When I was fourteen, my mother sent me back across the country to my dad’s home in Florida. Just for the summer, to spend some time with him since the big move. When I got back to California, her hair was different. Coiffed, with shiny bangs. She was bony, and in the dimmed light of her bedroom, her smoky eyeliner made her look like a movie star.

Of course, she’d had a double mastectomy and started chemo while I was gone.

At first, I didn’t want anyone at school to know she was sick. I hate being pitied. When the news got around, I felt weak and went to lie down in the bleachers during volleyball practice. I told no one about the papery space suits we were made to wear for visits after her bone marrow transplant. Someone accused me of using her surgeries to delay turning in papers, which was true. Nothing sharpens the mind like a deadline.

That may be why I’m so productive while pregnant. I will not give up on this manuscript despite fatigue that settles over me like fog. I have to sit down midway through my showers. Good thing there’s a bench. I move on to my legs, what I can reach of them, while my toddler plays with plastic dinosaurs, sponge letters, a yellow bucket he fills and empties, again and again.

I know. How can I shave with him in the shower? When else?

I weaned him when he was fourteen months old, and I deep into my second trimester. Nearing birth again, my breasts have readied for the suckle, heavy with golden drops that well onto my thighs. To transcribe my family history of treacherous insides feels like begging questions I can ill afford to pose.

Submitting to one’s own potential demands constant parley with the loss of control. Labor taught me that. My first inkling was when I pooped on the body pillow my sister lent me. Oh, I said. Okay.

I threw up dozens of times in the hours that followed.

To catch the wave of pain and stay above it. To breathe it down. To rock back and forth, standing, kneeling, in the bathtub, on the bed, down the hall, arms round the neck of the nearest person who can bear such weight. To fill the room with sound. To recognize there will be no end to pain until life is brought forth, slick and wriggling, from a slit of some kind.

For this sole purpose, I would have given of myself unto death. If there comes a choice, save the baby, I told my husband. Don’t say that, he replied. You’re both coming home with me.

Nothing worth doing comes easy. I have plumbed my whole being for the hope needed to bring these treasures into the world. They are teaching me to yield to joy.

I tap my razor onto the wall. Our son spreads the foam across the tile and draws a sun in the bristles.

Over time, I have come to understand that there is no deserving of happiness, only the great fortune of receiving it. By this measure, I am rich, given a vocation and years to see it through, granted one son and pledged another, gifted promise that lives within, kicking and kicking and kicking.

Kristen Millares Young is a writer and journalist whose work has appeared most recently in the Guardian and the New York Times. Kristen serves as board president of InvestigateWest, a nonprofit journalism center she co-founded for the common good. @kristenmillares