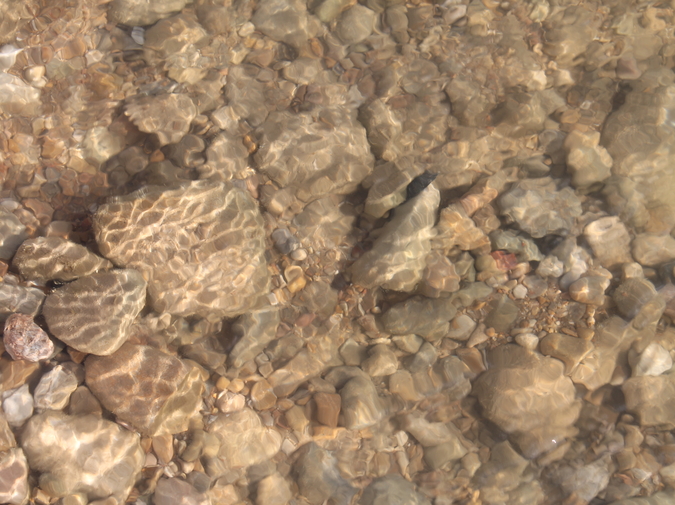 Swim with a rock clutched between your teeth, apple-like. Have a friend do the same. Bang your rock against his rock. It will look like bad CPR. Sound is loudest underwater when it’s the last thing you hear.

Retrieve the long, white balloon from the corner of the patio. Return it to the man who made it a comet. Challenge a friend to hold your drink. Challenge your friend to drink from a balloon. Challenge the balloon man to transmigrate heavier objects. Now try disappearing. It’s easy. Hide in a conversation that you keep bringing back to sports.

Your uncle made you stand over the fry pan and tell him when the rice grains sizzled. During Jeopardy! commercials, he flicked the television off, closed his eyes, and began counting. His faith in repetition was astounding. Or was it prayer? You mulled the small movements of his lips.

There’s a colony of drunken flies on the counter crawling in and out of a wine-trap. This is exactly how we ended up with so many lobsters: the technology was just bad enough. I place a cup of lime-juice next to the wine and thus begin one of humanity’s great experiments. I lie in bed all day and listen to the whir of photosynthesis. It is one of the fakest- sounding real noises. My least favorite hypothesis—autumn—gives us trees filled with nothing but pigeons.

I’m busting out, says the last test-taker
to the proctor. He speeds through
a condo complex where two men
fish a possum from the pool.
The possum’s nose is almost piglike
and therefore almost human.
Across the street a woman lifts a wreath
and breathes deep. She tastes it too.
There’s something over-caffeinated
about the holidays. The escaped boy
plucks the sweetest tendon from
the ham bone. He’s waited a long time
for this, yes, but others wait just as long
for ice cream on a week night.

Bill Carty lives in Seattle and writes in blue chemistry notebooks. His poems have been published recently in Poetry Northwest, Octopus, Page Boy, and Sixth Finch, and his chapbook Refugium is available from Alice Blue Books. He is a current fellow at the Richard Hugo House and will be a 2013-14 resident at the Fine Arts Work Center in Provincetown.