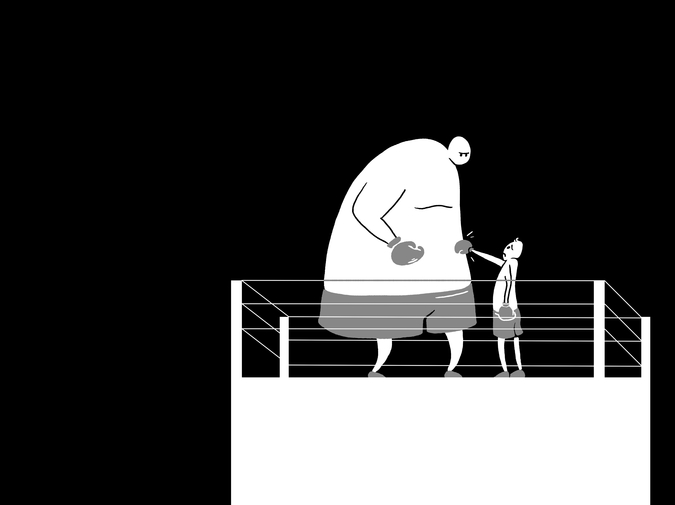 When tenderness runs out there is tenderness,
Jonathan says.  We hand-in-handed but days
ago to the hiss of ocean spray, the salutation
and valediction of the sea a frothing churn
of sincerity and so, so much sandy detritus.
Pier poles know only the tongue of walkways
and forget words board by board after the stress
of so many steps.  The coast we tread is written
in sibilance.  Keep your tongue close to your
palate, keep a flat affect, deduce the next step
such that sand dollars surface with your toes,
your crab shell nails, and temper your tender
expectations: the sea will stop broadcasting,
the sea will have its tongue cut, the sea
will churn dumb and recede not this tide
but maybe the next, or maybe the next, or maybe the next.
Let it not come to this.  When the water is gone,
sip the bottom-scum.  If the water goes, we will drink
only day-to-day words stagnant in our tide pools.

Cue the 8-bit music
and don your sweat suit.
You’re running the causeway
today.  I’ll be the coach on bicycle.
The ocean will pixelate behind us
as the sky darkens to virtual rouge
and you level up ready
for Soda Popinski or King Hippo.
Exercise prepares us for life punches
by giving us more super-strikes.
The way to recover from a punch is to punch back
for there’s always a Mike Tyson around the corner
waiting to chew your ear off
with pettiness: no end-level baddie
but a constant attrition of daily drain.
His secret ability is to make you think
he’s only waiting at the end.
There’s always a Mike Tyson around the corner
waiting to slam you with bills, dishes,
nervous exhaustion, papercuts, stale granola,
toenails in bed.  So run the causeway.
Exercise so you don’t get gassed dodging,
weaving, throwing haymaker after haymaker
at the world at life at pretty much everything
we deal with during the day to day
that’s never as simple as A or B.

S.P. MacIntyre was born in Los Angeles. His fiction has appeared in The Rattling Wall.

Bob Schofield (illustration) is the writer and illustrator of the ebooks The Last Days of Tokyo and The Inevitable June. He makes a webcomic called Another Tower. He often tumbles. He likes what words and pictures do.