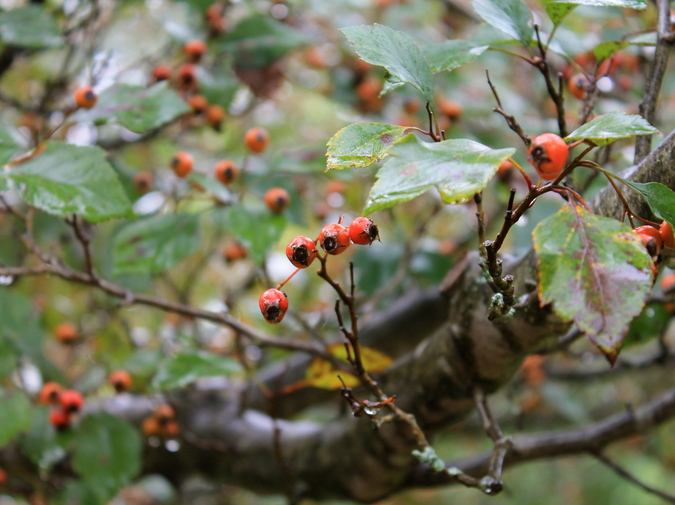 I want to say this
simply: I was out
near the river; the trees
were bare, and would be.
I saw no blacksnake
in the undergrowth,
but that doesn’t mean
it wasn’t there, all mouth
and narrow appetite,
nosing the dirt.
I could feel all
I was losing: I was
a hollow tree, enough space
beneath my sternum
for a nest. There was no one
to hold me but the world,
the empty air. Couldn’t
it be love that makes
the cardinal stand,
a fresh wound
against the sky?
It could make you
sing that way—
desperate,
terrible.

I want to say something
about the wild strawberries—
how they were all along the path
and seemed new. The book says
April and May, but this
is the red heart of June, and there
they were, so bright, unusually small.
We weren’t sure what we
were seeing—even after I kneeled
to touch one and noted the surface
studded with seeds.
You could walk by them
at a fast clip and not notice.
But this baby won’t quit crying—
I think a tooth is trying to bloom
in his inconsolable mouth.
They’re what I think about
in my second hour of rocking
as the baby flexes his back
and lifts his mouth closer
to my ear. The baby says beauty
is ephemeral, and the Earth
rewards us when we pause
before its fruits. Go ahead and write,
he says—tell the people
what you know. It’s entirely possible
those berries are already gone.

Karen Craigo teaches English to international students at Drury University in Springfield, Missouri. Her work has appeared in the journals Atticus Review, Poetry, Indiana Review, Prairie Schooner, Puerto del Sol, The MacGuffin, and others. Her chapbook, Stone for an Eye, is part of the Wick Poetry Series. Her chapbook, Someone Could Build Something Here, was just released by Winged City Chapbook Press.