When Gills Gets Sent Down 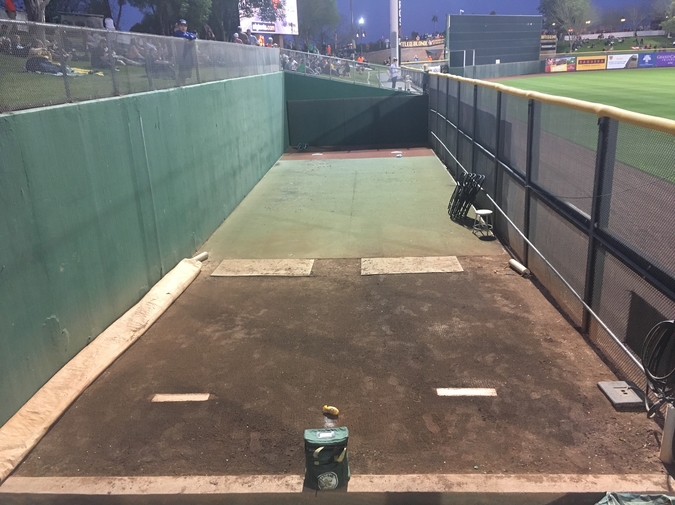 Darrell Gills does not disappoint. He comes into the clubhouse with his cleats slung over his shoulder and he reaches into his underwear and pulls out a baggie of the hairiest shrooms I’ve ever seen.

The last time Gills was with us was in April, when no one’s hopes were dashed. After Gills got called up, everything turned to shit. In June, our designated hitter fell off a jet ski and broke his neck. In July, our centerfielder knifed our shortstop over a hand of cards. Last week our mascot accidentally set his foot on fire, charred it bad enough that they had to amputate.

Leo waddles out of his office.
“Gills,” he yells, “you bring us anything good?”

Gills tosses him the baggie and Leo washes down a shroom with some blue Powerade. We all do the same. Everyone ties their shoelaces before they look like snakes and while we still can.

We play Clearwater tonight, the last game of a three game homestand. After tonight, we will clean out our lockers, pack up our duffel bags. Gills is here on a rehab start -- after he pitches tonight he’ll jump on a plane to help the big club with their playoff push.

I’m a right fielder now, but I used to pitch. I was pretty good, made it up to AAA a few years back. Once I got there I had trouble with my location. Shitloads of trouble. Like I couldn’t get anything near the plate and whenever I did, I hit people, mostly in the neck and face. It was embarrassing and dangerous and I was sent to number of sports psychologists and regular psychologists and once to a shaman who waved sprigs of dried rosemary around my head in a figure eight pattern. None of it worked. At the end of that season, I thought I was going to be released, but the club sat me down and told me they wanted me to try the outfield.

“You’ve got a rope for an arm and you hit decent enough,” they said. “How about we send you to rookie league and see how it goes?”

I went to rookie league and hit the shit out of the ball. Killed it in Class A too. This spring, they bumped me up to AA. I did well enough in April and May, but since then I’ve been in a horrible slump. I can still hit a fastball fine, but I flail at anything off-speed, so that’s the only thing I ever see.

Tonight Leo gives the lineup card to our equipment manager, Warren, to fill out. He’s a college kid, the owner’s nephew, here until fall semester starts. Ever since Leo got word he was going to be demoted, he’s let Warren manage the occasional inning or two.

“It’s all you tonight,” Leo tells him. “I don’t want to do any of it. I don’t want any of the bullshit. I just want to sit on the dugout steps and watch the fat clouds float across the night sky.”

Warren taps away on his laptop, scrolls through charts and graphs that distill every player on our team into numbers and percentages.

“I’m planning on starting Henderson at shortstop,” he tells Leo. “Is that okay?”

Leo’s eyes have gone wonky, one’s half shut, the other is opened too wide. He’s staring at Warren’s forehead like it has grown horns.

“Son,” Leo tells him. “I don’t have two shits what you and your spreadsheets decide.”

In the first inning, we’re up 2-0 after our third baseman, Entenza, bashes a double off the left field fence. Gills strikes out the side in the bottom of the frame, sits down next to me in the dugout.

“The catcher’s glove looks soggy,” he says. “It looks like I’m throwing the ball at a waterlogged loaf of bread.”

I’ve started to see seeing things too. Tiny bubbles tumble out of the corner of his Leo’s eyes, a cicada lands on the dugout stairs and morphs into a crow.

Gills strikes out the side in the next inning. He’s only supposed to go three innings so Warren calls down to the bullpen and Dulono gets warmed up.

“There’s this fun clicking sound in my jaw,” Leo yells out to no one in particular, “it reminds me of my grandfather’s grandfather clock.”

I stand in the on deck circle before I trudge up to the plate. I faced this pitcher a month ago. That night he struck me out on four pitches. Tonight it only takes him three.

In the sixth, Clearwater bats around not once, but twice. Four bloop hits, then back to back homers. Suddenly we’re down 9-2.

The next inning, Granland walks six consecutive guys and Ratchmont gives up a grand slam. We lurch back to the dugout down 17-2.

Gills unlaces his cleats, shakes everyone’s hand goodbye. There’s a Lyft waiting in the parking lot to drive him to the airport.

“See you soon,” he tells me, even though he knows he won’t.

It’s the ninth inning and we’re down to our last pitcher, Belisle. When he warms up his elbow pops and he crumples to the ground, moaning.

“You used to pitch, right?” Warren asks me as the trainer helps Belisle to the dugout.

The beads of sweat on Warren’s forehead have formed two interconnected circles. Now they turn into a cross. I keep trying to slide my hands into pants pockets I do not have.

“Someone needs to mop up,” he tells me.

Warren spits a sunflower seed onto the ground and I watch its life cycle play out in front of my eyes, a sprout grows to shoulder height, blossoms, then wilts into dust.

I nail the first batter in the thigh, the next one in the neck, but then I strike out the next two. At this point, there are 20 or 30 fans sitting in the bleachers, all middle age men, all dressed in windbreakers.

“End it already,” one of them yells.

I get the next batter to a full count and then I throw my cutter. He swings, pops it up. Reynosa, our shortstop, yells “mine, mine, mine” but I wave him off. I shield my eyes from the grandstand lights and drift with the ball as the wind pushes it foul. The ball is a tiny dot but grows as it falls toward the earth -- grapefruit size, basketball, boulder. It’s grown way too big to catch as it nears me, but I do not flinch, I do not run away, I stand firm, I hold my glove up anyway.

John Jodzio's work has been featured in a variety of places including This American Life, McSweeney's, and One Story. He's the author of the short story collections, Knockout, Get In If You Want To Live and If You Lived Here You’d Already Be Home. He lives in Minneapolis.