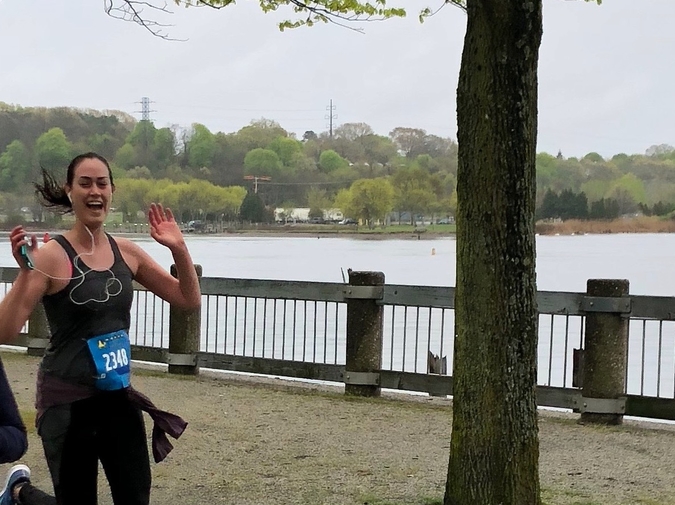 I know how to recognize a Prius: the smoothly angled form, Toyota logo right in the middle, and the slightly superior smile of the driver who knows he’s better for saving the environment. It’s not because I particularly like the car or am interested in cars in general, but it’s because of the driver of the car that I’m primed to look for this eco-conscious four-wheeler.

This particular driver of a Prius was a boy, I’ll call him Paul, I met him my sophomore year of college at the birthday of a mutual friend. And actually, I was more into his friend, who was this guy with wide, slightly wild eyes who put his arms around our shoulders and made everyone sing along to Bohemian Rhapsody.

But after that night, I kept seeing Paul around, even though I really wanted to see his friend. I’d run into him in the basement of the library and he’d insist on helping me with my computer or he’d stop me in line at the dining hall to compliment my dress. But these hints didn’t really add up until I ran into him at the spring weekend concert, the event where everyone agrees to suspend all studying and rational thought to drink from 9 am until midnight.

When my friends and I ran into him, I was craning my neck to look for his friend when he shuffled up to me. He pointed behind us, where his friend was, like he knew who I was looking for, but then said that his friend liked my friend Cady. Then he looked me straight in the eye and asked, “Who do you like?”

I was a bit shocked by his insinuation and tilted my head down to avoid his gaze. But then he whispered in my ear, “I am so attracted to you.”

And you have to understand that up until this point no one had ever had or, at least, had pursued crush on me, so it made me feel pretty special to hear him say that. I even pretended I hadn’t heard him right the first time, so he would repeat himself. Then he asked if he could kiss me. And I said, “Sure,” mostly because I felt obliged to, after he’d revealed how much he liked me. I wasn’t actually that into him, but at the same time I didn’t actively dislike him, and I figured I may as well go crazy if everyone else was.

We made out throughout the concert, but after, I didn’t see him at all. Then one day I got this text from him that said: Hey! I saw you in the library earlier, but forgot to say hi. How is reading period going?

I had been in the library that morning, but had left around noon. I got the text at 8 pm. And when I was there, I had not seen Paul at all. Plus, no one really “forgets” to say “hi,” like you don’t need to rehearse it.

Then again, it wasn’t a “send nudes” text. He was clearly nervous and didn’t know how to start the conversation, and I’d never had anyone who was so interested in me that he would send me an hello that was eight hours late. We ended up having a short conversation, but it trailed off as my interest waned.

But he certainly did not trail off. Like, did you ever have a jack-in-the-box as a toy when you were growing up? You crank the handle and you know that eventually it’s going to pop out, but that doesn’t stop it from scaring the shit out of you every single time. Well, that’s what this was like, he started popping up where I least expected.

For example, I was working in a donation collection program at the end of the semester and we had a competition to take the most ridiculous photos we could. I had found this pair of elephant spandex and a glittery corset that I was posing in, when he walked out of the dorm carrying some boxes. My face was bright red as he told me he was moving out and was off to Boston for the summer.

So by graduation, I had totally let my guard down. My sister was graduating that year, and during the pre-graduation dance, I huddled by my family watching thousands of people streaming by, when who else but Paul passed right next to us. I immediately ducked my head away to avoid any interaction, but he’d still seen me, and texted a minute later asking if I wanted to get drinks. It was precisely at that moment that my mom asked for my phone. Hers had died, and she wanted to keep in touch with the rest of the family so we wouldn’t get separated. I quickly texted him back that my family was here and explained how I had to give my phone to my mom. Then I turned on Do Not Disturb, just praying it would work.

I felt my stomach twist in fear that she would find the message and wonder aloud “who’s Paul” with slightly teasing curiosity. I didn’t really have an explanation for her because I couldn’t really explain to myself why he was still in my life. Luckily, I got through that night without any texts showing up and disappeared into the crowds without seeing him again.

After that, we had a summer without contact, so I thought he would have forgotten me. But, I wasn’t so lucky. I remember the night I heard from him again, because I had just run into a girl who had gone to my high school. We were walking and catching up so I was distracted as we crossed the main street of campus. That’s when he texted me, but I didn’t see it until I got back to my dorm.

The text said: Hey! I think I just saw you cross the street (I’m in the red Prius). How are you?

I recounted it to my roommates, rolling my eyes the whole time. We laughed about how desperate he was. But later that night, I texted him back about how my year was going, because I was a bit desperate too.

Still, I wasn’t desperate enough to keep the conversation going much longer. But it didn’t seem to matter because I still kept seeing him. I had started running that year, and a week later, I was running across the street and giving my customary “thanks for not hitting me” wave when I looked up into the driver’s eyes and saw it was him. In his red Prius. Seeing him jolted me forward so I sprinted the last few blocks to my dorm in a slight panic. But when I looked back, he wasn’t following me.

Then that weekend, I saw him again as I ran down my normal route on the main street of our campus. This time, I sprinted with my eyes straight ahead, pretending I was too engrossed in my music to notice him.

From that day on for three whole months, I saw his red Prius everywhere. This wasn’t like the coincidental run-ins from before, this was consistent. I’m a pretty predictable person, because I love routines and scheduling, and he was able to turn these routines against me—predicting when I’d turn that corner or cross that street.

And for the most part, I treated it like a joke (I still do to some extent). I called him my “personal trainer,” because seeing him pushed me to run faster. When I talked with friends, I’d read his texts aloud and say that at least I’d have an alibi if I ever needed one. We’d all laugh it off as an awkward boy with a massive crush who went a little too far. I didn’t let on that I was a bit scared, because I didn’t really think I deserved to be.

Part of the reason was what others were telling, or more rightly, what they weren’t telling me—that I should be scared. I’d told mutual friends of ours what was happening, and they said he was just looking out for me and didn’t mean any harm. But the other part was what I was telling myself—that I should be grateful for the attention because it meant someone was interested in me.

But at the time, I wanted someone to like me so badly that I was willing to overlook all of these issues. I didn’t stand up for myself, because I didn’t think I deserved better, and I went along with a lot that I never thought I would. And that, years later, is what still haunts me.

Molly Magid is a master’s student and podcast host living in Christchurch, New Zealand. She grew up in Denver, Colorado and is, admittedly, a mountain snob who loves running, hiking, and biking. Her work has been published on Ravishly and The Refresh.