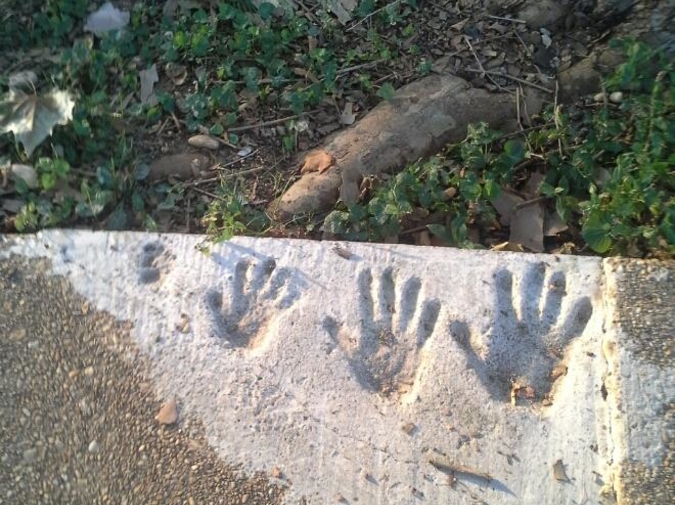 and is never found again,
my mother's heart dies.

I follow her, a chick follows the hen
it sees when crawling out of a hatched egg.

my mother into her new love. My sister,
seeing the clouds walk across the moon

from the window of her new fate
turns her face to me.

Her eyes, those of a woman
in labour of childbirth.

I stop pressing the pads
of an electronic bribe

the new man gave for my mother's
nightly noise. My sister walks

towards me; my sister's left hand
walks on my skinny cheek.

Oluwa mi oo, my sister's left
hand colours my mood into the pink

of her palms. The pink of her palms,
drenched with tears over the death

of our parents' love.


It was the sound
machines make
that tore
out of my grandmother's
mouth, when her dreams
grew flesh: her first daughter
became her ancestor.
The night
folded around her face;
she left to lie
in moon's palms by the road.
Her eyelash brut like leaves
in a Lagos
afternoon.
A woman walked
under my grandmother's feet,
wearing her children's
hands on her waist
like multiple belts--
her hands on their shoulders.
They walked
across my grandmother's
body: mother and children,
laughing and laughing.
My grandmother's eyes
on their back:
their bodies were made of water

D.M. Aderibigbe was born in 1989 in Lagos, Nigeria. He holds a B.A in History and Strategic Studies from the University of Lagos. He's the author of In Praise of Our Absent Father, an APBF New Generation African Poets Chapbook Series selection. A recipient of 2015 honours from The Dickinson House and the Entrekin Foundation. His poems appear in Alaska Quarterly Review, Colorado Review, cream city review, DIAGRAM, Hawaii Review, Normal School, Poet Lore, RATTLE,  Spillway among others and have been featured on Verse Daily.  His essays appear in B O D Y, Blueshift Journal and Rain Taxi. He lives in Boston where he's studying for his MFA in Creative Writing at Boston University as a BU Fellow, He knows God loves you