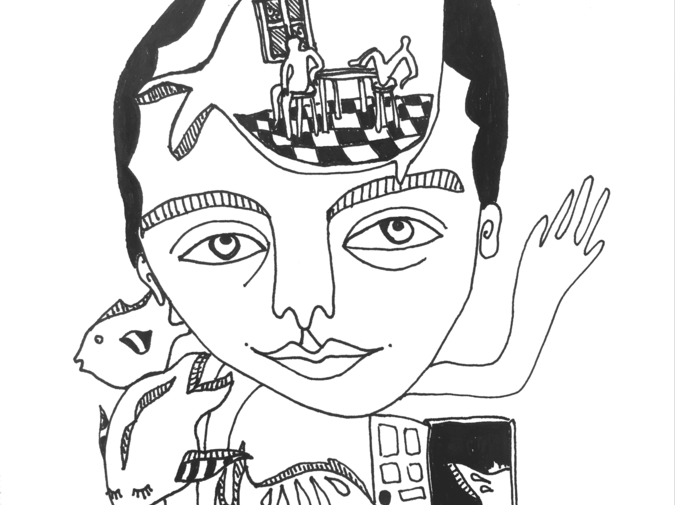 This Kind Of Alone Will Help Me

My doctor told me, tomorrow I die.
Oh well. I threw my lover down a well.
I ran Father over. Hid Mama’s pill.
I’ve never been good at taking advice.
Others mind much, but there’s not much I mind.
I’ve no regrets, so I’ll perish in Hell.
Rejected from Brown. Didn’t try for Cornell.
Being awake is the worst part about being alive.

A tiny man plays me his giant trombone.
One thousand rubber ducks fall from the sky.
There’s nothing I love more than being alone.
I never made sense, so sense never made me.
If I ever loved you, I forbid you
to outlive me.

The moonfish goes out for a walk-in, thinking of how deadly it must feel to be swallowed. It has been made apparent that everyone wants to swallow the moonfish, including the moonfish herself, she tells her mother hen. The moonfish speaks of herself in third-person in the presence of older perverts. This is because she is a third-person in the presence of older perverts. Sometimes the moonfish thinks of herself as a shrinking hospital, other times she just feels like a glass. But the moonfish is not a glass. She is the moonfish and nothing else. She has a pink body clock that no one else can see. The mean boyos tell her that she is faking having a body clock. I am not faking having a body clock, she tells the mean boyos. It is not there, therefore it is. The mean boyos laugh in her face-lift and call her a floating head-cheese. This reminds the moonfish of how heavy it is to be alive. The moonfish feels so heavy she floats.

I find comparable worth in the night-club: Sky-Hook, she tells her mother hen. Her mother hen laughs and tells her to get inside her bed cover. The moonfish dreams of becoming a firelight. The moonfish also has nightshades. The moonfish is always weeping into her bed cover. She wakes and weeps inside a tomb. She wakes and weeps inside a battery. She weeps all over an ape and weeps inside the throat of Father’s Day. She can feel herself being swallowed down its throat even though she has never been swallowed there. The only throat she wants to be pushed down is her own. In her bed cover she whispers: I want so much small inside of me. I want so much small inside of me. I hate feeling big and small altogether. Slowly, she feels herself crumble inside her body clock, being consumed by so much which is or is not actually there.

Izzy Casey is originally from Los Angeles, California. She is receiving her MFA from the University of Iowa and is the poetry editor of the Iowa Review. Twitter: @uglylibrarian.