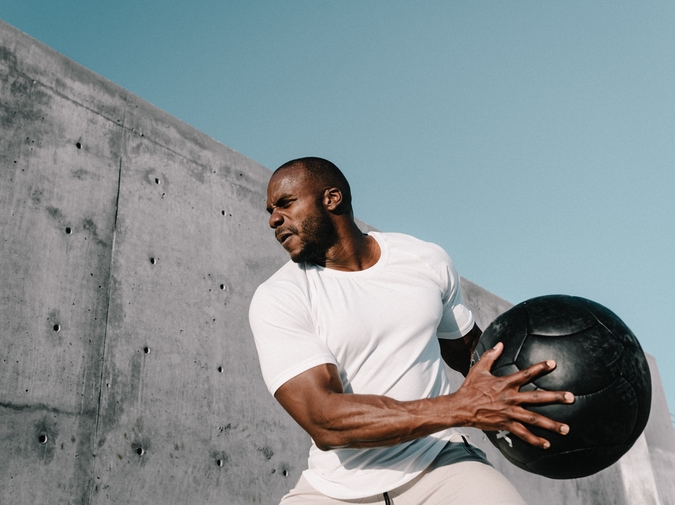 Hector loved, loved, loved having a black friend, but he could never admit it. He couldn’t accept being like those women who collected flamboyant gays and flaunted them around like exotic pets.

Dominic was everything he could never be. Effortlessly suave, funny, and ripped—dude had a fucking eight pack and still ate pizza and burgers.

Dominic ran the gamut of cool: Will Smith smooth, Morgan Freeman wise, Deebo tough. One time some thuggish-looking motherfucker wearing a durag bumped into Hector and said, “The fuck you staring at?” When the dude got in Hector’s face, Dominic slipped in and dropped the fucker with World Star perfection: dude froze up like a mannequin and collapsed onto the sidewalk, his right leg sticking up in the air like a ghetto sundial.

It was the most gangsta shit Hector had ever seen—up until Dominic checked that the dude was all right.

Hector would adopt Dominic’s simple elegance. He replaced his comic book and band T-shirts with slim-fit button ups and polos, wool trousers, and tan Oxfords. He even upped his sneaker game, ditching his Vans for a collection of Yeezys and retro Jordans.

At a bar, just being in Dominic’s orbit was enough to make Hector more interesting, cool enough to land him some girls—far from the no-booty-getting lame ass he once was. But once around Dominic’s friends, his cool evaporated, and he shut the fuck up, too intimidated to add anything to their conversations after the “ninja, please” incident.

But that didn’t stop him from roasting Dominic’s blackness.

“How’s it being the only black man who shops at Whole Foods? You on a first-name basis with the security guard who follows you around?”

“Do girls mind when you use your EBT card to pay for dinner?”

Hector took Dominic to his friends’ parties and watched them take turns hopping on Dominic’s jock. Around Dominic, his friends developed blaccents and threw around words they never used in ordinary conversation: thicc, finna, yeet, trap, bae, Gucci. Hector thought it all so pathetic.

Hector never confided much in Dominic, didn’t ask him about his family, his thoughts on current events, his feelings. Just the latest game, his newest kicks, the girl from the other night. So when Dominic’s brother died, Hector let him be, gave him all the space in the world.