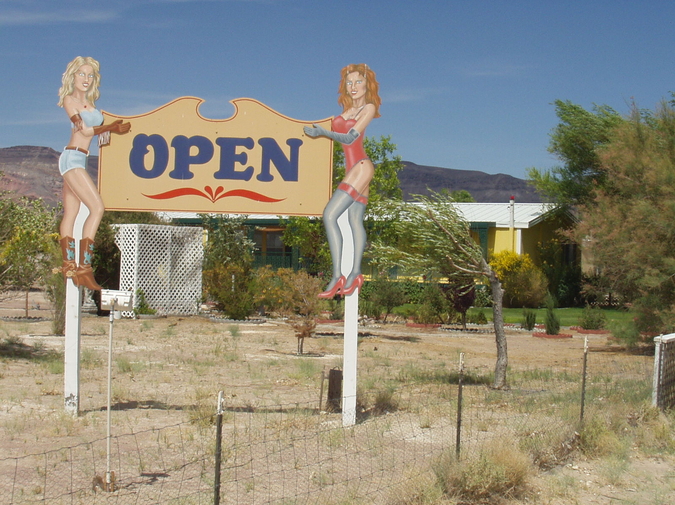 I didn’t believe tumbleweeds were real until I saw one
just like ghosts or gods or anything: I’ll believe it when I see it.
Somewhere I fused leaving & searching into the same thing.
Is it ridiculous—move out West, buy a cowboy hat,
kick a nicotine habit, pick out a harmonica in the wrong key?
Sydney & I once sat on the hood of her car in New Mexico,
pulled over on the highway. Not one pair of headlights hit us
for two hours worth of staring at the moon. What’s a modern day
highwayman? That song played on loop for us for an entire year.
We hopped low barbed wire & walked through brush & yucca
to kick up dust & point finger guns at each other to imagine
what it might be like: a midnight shootout. Bandanas, boots, & handguns.
Sydney & I were the same—leaving & searching—to shoot
at her was to have shot myself. I threw my body into the dirt,
performed a good & honest death. She pulled me from the ground,
we walked back to her car & Willie Nelson started to sing his part.

For the Walk from Jackson Ward to Oregon Hill

You stole a skateboard on your way to me
the night you came over wasted: the tail end
of a bender though we’d never call it that.
You must’ve cruised down the hill: top
of the Cherry & Albemarle intersection—
sweet wind on drunk cheeks,
& slight drips out the corners
of your eyes from brisk & memory.
All I know is—whatever you hit—
you showed up at my door with a bloody forearm,
then sat on the edge of my bathtub while I kneeled
& poured the peroxide down your arm
we watched it bubble & fizz & turn to pink drips
down the drain & you pressed your forehead into mine,
dried sweat to lotioned skin, & whispered thank you
for taking care of me & I nodded & took you to bed.
In the morning we laughed at how hungover
you were & laughed more when you asked:
when did you get a skateboard?

I followed her down the cliff in dirty white chuck taylors,
which I took off & then put back on to cross two streams.
I watched where she put her feet on loose rock & followed
slowly & there was no one other than us to feel the late
summer breeze zip through the dips of Elk Mountain,
where we inched & scooted our bodies where river turned
waterfall & fell into a big blue-green punch bowl.

Rocks wobbled under my feet & I stopped. I watched her
move so easy ahead of me & shift around to say it’s okay
if you don’t want to come this far but I want you to.
But I did—I joined her at the lowest edge & we listened
to the rush. It felt right to witness & be. The sky was good.
Too late in the day for a sunburn. We sat there until it was
right to move. We drove home under a halved moon.

Allie Hoback is a second-year MFA student in poetry at Syracuse University. She holds a BA in English with a minor in anthropology from Virginia Commonwealth University, where she was a literary intern and copy editor for Blackbird. She is the current nonfiction editor and former managing editor of Salt Hill Journal.