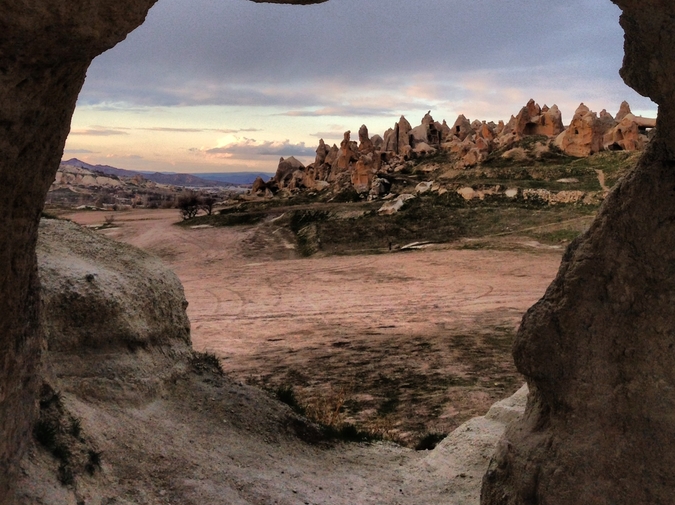 I heard two screams from my bedroom. Outside,
my brother had killed his best friend. That day
the clouds stayed put. The trees swayed under
gentle winds, but not enough to disturb the birds,
and the sun shined so brightly on the cars. I remember
thinking it’s rare that passion and proximity correlate
so strongly. My brother and I lived so close for so long
in the house, but the passion we had for each other came
in waves, cooled to familiarity that remained even if
it dulled when we both left the house. Each day
we spent in each other’s presence after that was
a discovery, not quite on edge but never without one.
We tip-toed up to remembering what we forgot
we’d always know about the other, calling each other
the names no one in our adult lives would know,
but not knowing what to say having used them.
Would you eat a salad if I fixed one? Is that how you eat?
My brother killed his best friend with a word or two
I couldn’t hear. He fell so slowly into the street.
When his body finally hit the concrete, it burst into
a tidal wave, the broth of which split in two and rushed
in opposite directions. The asphalt drank my brother’s
friend through small cracks it made on its surface.
I stayed outside watching, thinking they would close
when my brother’s friend had gone completely,
but vines crept through and kept them open.
They spiraled as high as my knees, bloomed blue
and red-orange flowers, and I thought, at least
he got it easier, at least he could go on being all the things
one can be in this life when they’re no longer a friend
to my brother. My brother’s words couldn’t kill me.
Sometimes I wonder if it’s my fault my brother
doesn’t share words with me before knowing better.
Perhaps there aren’t any. I guess I should be grateful.

I cast a wide net in Hell for my brother.
I was both the person who held the net
and the bait inside it, my arms craning
back and throwing forward, letting
the string reel through my hands,
and holding it against the current
when it landed. The Hell he swam in
and his swimming and my pouring in
a kind of nourishment, and that,
whether good or bad. In the past,
the ambiguity had always done the trick.
I told myself the difference Hell made
was that this time, make or burn,
it would be the same to both of us.
I’d hoped to lure my brother in
knowing I wasn’t what he wanted
while knowing I was all I had
toward that purpose. He wouldn’t
want Hell more. I wouldn’t have
to trap him as much as bring him home.
I was always afraid when we were little,
wanting to go where he went but still
afraid to pursue the violence, being told
not to follow him. That trained-in anxiety
never left me in my older age, in Hell.
I couldn’t be abandoned for never being
with him. He taught me there’s so much else
in the world to be with. I don’t think
he understood. I followed him so closely
back then because the world was one
I didn’t recognize when I couldn’t see him.


The World at its Beginning

I suppose every Hell is one
the Earth has already enacted.
We’re told
little of the Earth
was unfrozen
during the Ice Ages,
that the world’s origins
were molten,
those swirling flames
still running deep
below the surface
and at the core,
that the bacteria
crowning the round runs
of the vents
shooting water and sulfur up
from the sea floor
most resemble
the organisms that rose
the world’s
flesh endowed
life forms,
and that the first
of the world’s green lands
had a wildness of abundance
we humans cut back
over hundreds of years
to make us comfortable,
to give us a culture
we’d come to document
at least as much
as we lived.
There wasn’t a time
I didn’t have
a brother. By the time
my eyes opened,
he was already here,
but there’s so little
time between us,
he also can’t remember
a time before me.
Our origins blur
into a single birth
between us
and so between us
is a world
and its beginning.
I tell myself
there’s not a world
without my brother in it.
I tell myself
I’d follow him anywhere
to keep the world
from ending.

Dustin Pearson is the author of Millennial Roost (C&R Press, 2018) and A Family Is a House (C&R Press, 2019). He is a McKnight Doctoral Fellow in Creative Writing at Florida State University. The recipient of fellowships from Cave Canem and the Virginia G. Piper Center for Creative Writing, Pearson has served as the editor of Hayden’s Ferry Review and a Director of the Clemson Literary Festival. He won the Academy of American Poets Katharine C. Turner Prize and John Mackay Graduate Award and holds an MFA from Arizona State University. His work appears in Blackbird, Vinyl Poetry, Bennington Review, TriQuarterly, [PANK], Fjords Review, and elsewhere.