They Reminisce Over You 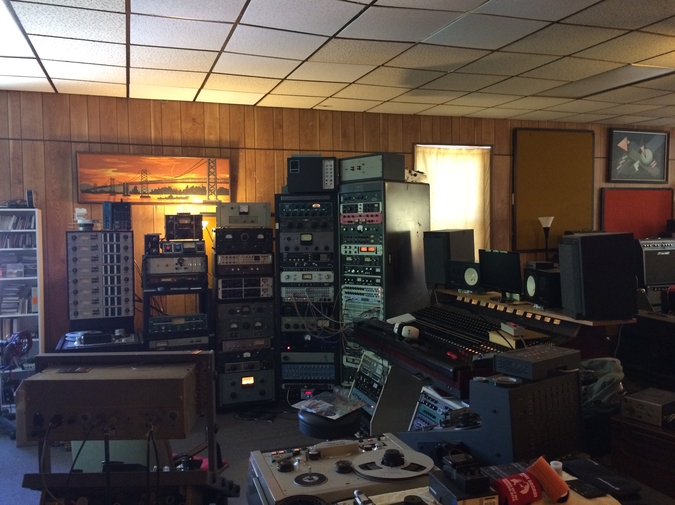 Corbin was listening to Pete Rock and CL Smooth’s T.R.O.Y. and thinking of Trina McIver when shot inside the bodega on Fourth Street. The song’s jam intro had ended, and the first mellow riff of the saxophone solo kicked in through his black bubble headphones right when Trina, wearing a concrete-gray puffy-coat that blended in with the city behind her, opened the store glass door. Long dookie braids snatched to the top of her head, pulled her eyes into slim cat-like slits or Egyptian Cleopatra eyes, gold door knocker earrings bumped her cheeks, and the music in his ears animated her steps into a summertime breeze, the antithesis of the air outside.

His headphones smelled of the Sportin’ Waves gel his uncle got him using—Bitches love good hair, Jack. Muthafucking Christopher Williams-light-skin-good-hair-having and shit. Learn to sing ‘stead of playing with them records and beep bopping. Singers get all the bitches. This morning, Corbin stood in the bathroom mirror and washed up in the sink. The hot water wasn’t working, the kerosene heater flicked and faded. Cold beat him woke when he lifted his shirt and washed his underarms, pulled open his sweats and rubbed Irish Springs on his quivering balls. His breath smoked around him as he pushed air in and out through his teeth to amp up like a boxer readying for a fight. One last breath before he dipped his head in the depths of the freezing water. His fade, a good quarter inch high, needed to be wet for the curls. His mama banged on the door, yelling she had to go work, and get out that bathroom, and when did he spend so much time putting on clothes, must be that girl, and I swear Michael Corbin Francis Junior, you bet not come in this house with no got-damn babies!

—I reminisce for a spell, or shall I say think back…

The last sentence he heard before pop pop and falling forward.

His black bubble headphones stayed put, the music melodious in his dying ears, and if he does die, it would, at least, be while listening to a masterpiece.

The saxophone repeated and mixed with the police sirens. His hand still in his pocket palmed a Panasonic cassette player. Corbin had enough strength to turn the ridged dial up and block out the noise.

The scent of grape soda lip gloss, the sticky softness of her mouth over the right side of his face while the other pressed cold tile, the heaviness of her arm across his back—Trina was there.

The first time he’d suggested they meet at the bodega on Fourth she’d asked, who skips school to go to the library? Sweaty gum had sliced between her teeth before she popped it, and Corbin learned to count her gum snaps: the more she popped, the less her interest. Calculus class: a pop a minute, AP English: silence.

There on the bodega floor, he heard nothing but this song.

She sat next to him in both classes, purple lip gloss, a plastic pencil, and textbook in front of her—not one of those chicks who pretended to be dumb because she thought it was cute.

In the summer, her legs browned the shade of a worn penny.

Skip class to go to the library? she’d asked.

Nah, not the library, the archives, he said, wishing he wore glasses like MC Serch because he was about to drop some knowledge.

Digging through crates, Boo. You’ll be my assistant.

He’d been thinking of Trina, the new sample—a doo-wop song with strings and background vocals he wanted to layer in a mix for a local M.C.

Didn't see the three cops pointing their guns or the other black man running down the street and into the bodega.

Didn’t notice them at all until the man ran into him, pushed him on a shelf, and the shots had already been fired.

—After 10 years without no spouse, Momma's gettin’ married in the house. Listen…

A couple months ago, she’d let him in between those thighs. A soft fuzz covered them, and she apologized for not shaving as if he gave a god damn. He felt dumb thinking about Trina and marriage and kids and shit, but the song put it in his head. Or maybe it was her screaming. Or maybe she’d lifted the speakers away from his head, whispered with soft, sticky fluttering lips that wet his earlobe:

—Use your condom, take sips of the brew. When they reminisce over you, for real…

He let the song soothe him, matched his fading heartbeat to the drum beat overlapping the original sample, an obscure cover by Tom Scott of Jefferson Airplane’s Today. The lyrics to the hippie tune:

Today, everything you want,

I swear it will all come true.

Someone, one of the cops who shot him, grunted while pushing Trina off of Corbin’s body. The sudden lightness caused his breath to quicken. He prayed they’d leave his headphones. They were part of his body.

He hoped Trina would hold his mother’s hand when they tell her he’s gone.

They will wear airbrushed t-shirts to his funeral. Hundreds will attend.

His uncle will sell his mixer and drum machine for too little money.

Trina and his mother will watch old tapes of him rapping in talent shows, talk about how he was going to make it, he would’ve been a star.

Trina will take their son to the archives, place sweaty bubble speakers over his head, play this song for him, and tell him about his daddy.

—When they reminisce over you. Listen.

An outro of the saxophone riff and an echoing choir wailing like the ghosts, like ancestors still not forgotten, lulled Corbin to rest before the music faded, and the tape rolled click to an end.

Tyrese L. Coleman is a writer, wife, mother, attorney, and fiction editor for District Lit, an online journal of writing and art. Her prose has appeared or is forthcoming in PANK Magazine Online, Buzzfeed Ideas, the Tahoma Literary Review, The Doctor T.J. Eckleburg Review, The Stoneslide Corrective and elsewhere. She is a recent graduate of the Writing Program at Johns Hopkins University. Reach her on Twitter @tylachelleco or at tyresecoleman.com.