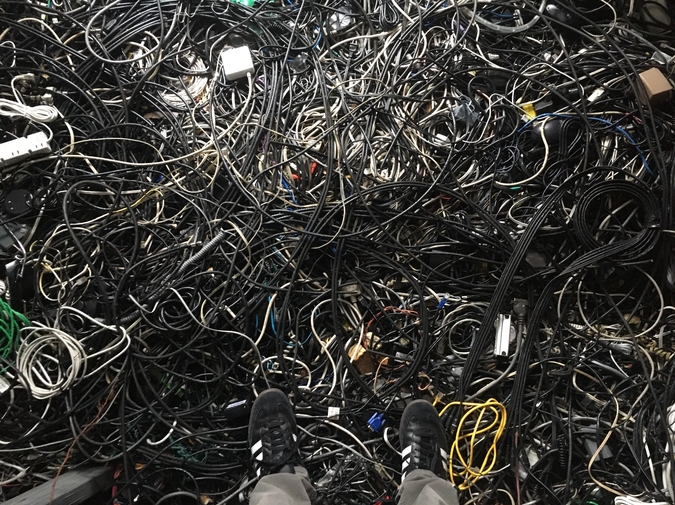 I was at a party, one of those parties where everyone is drinking heavily, like they are trying to accomplish something. Me, I was trying to calm my nerves. I don’t know what anyone else’s end goal was, if they had one beyond drunkenness. That was goal number two for me.

We played some sort of card game where the cards all meant something different while simultaneously meaning exactly the same thing. I mean there were different directions for each specific card, but the end result was always to drink.

One of the cards was to ask a question. Everyone had to answer it, and then drink. There wasn’t a lot of thought—nor did there have to be—behind the rules. Everything seemed to be based on how awkward the conversation might get and how drunk would one have to be to no longer care about the awkwardness.

Oh, it was the Fourth of July. That was the excuse for all the drinking. And I was out with a new girlfriend at her friend’s place. I didn’t know a soul but her. That’s why I was nervous.

People went around answering the sex question. My girlfriend said the beach. I thought about her getting fucked on the beach. Took a long drink of beer. The next person said they’d slept with someone in a car at a drive-in or maybe a drive-thru, I can’t remember, and then more people said high school gymnasiums and shit like that. By the time it came to me, I knew what I was going to say. The town dump. Of course I made it up, but people reacted like it was real.

We drank more and, later, climbed up on the roof to watch the fireworks. Nobody but my girlfriend talked to the guy who had sex at the dump. The displays of blasted light came from all around us, but the big ones flew up from the river bank, where the fire department had gathered their stores. We oohed. We aahed.

After the fireworks, everyone left but me and my new girlfriend and the host. We all cracked another beer. The host asked me if I was for real about the dump. “Of course not,” I said, laughing. She said that she made hers up, too. My girlfriend said she did as well. Outside, a few more fireworks cracked, set off by the neighbors. On any other night, the sound might’ve made me jump but just then I sat there quiet, calm.