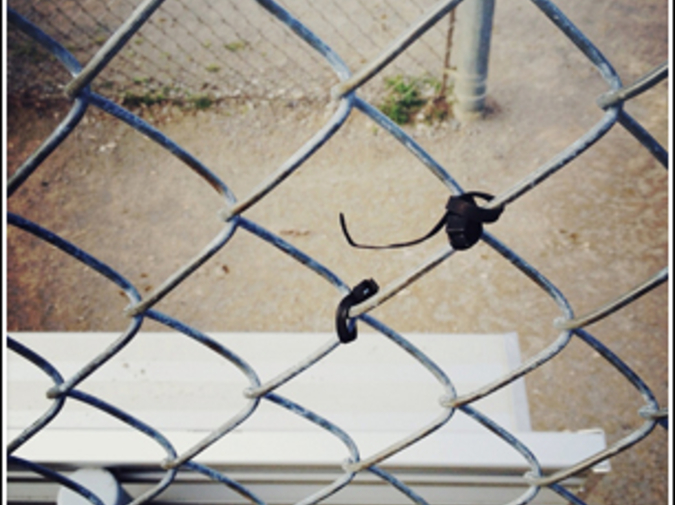 Girls, sweating in their polyester knickers, await their turns at the plate. Ankles clacking, mouths breathing, “We want a pitcher, not a belly-itcher!” Coach Agliolo frowns.

Bench 1 watches, blows a bubble that snaps, licks the film from her upper lip. She leans to Bench 2 to send a secret down the line: “She’s throwing high.” By the end, “Sheila bought a thigh.” “She bought a what?” End says, her training bra itching like catcher’s armor, a Sunday dress. At home her Barbie sits sideways in a box of toys, longing to bake a cake and press up against Ken.

Two outs, and On Deck becomes At Bat. She steps to the plate, raises her club, thinks Rover is coming over. Boys from her school play two fields away, as distant as taxes.

The pitch comes high, and she can’t resist, her discipline shot by Monday through Friday. The pop-fly arcs toward the shortstop, and the team is up, clutching the chain link, screaming despite the odds, “Run! Run!”

The ball lands in leather and the groan is collective. Heads down, the girls scurry for their mitts, rush the field to take their places, their rightful places.

Kara Vernor lives in Napa. Her stories have appeared in Necessary Fiction, Word Riot, Dogzplot, and elsewhere. She was the 2011 recipient of the Estelle Frank Fellowship for Short Fiction and has a story forthcoming in the Los Angeles Review.