Rub Some Dirt on It 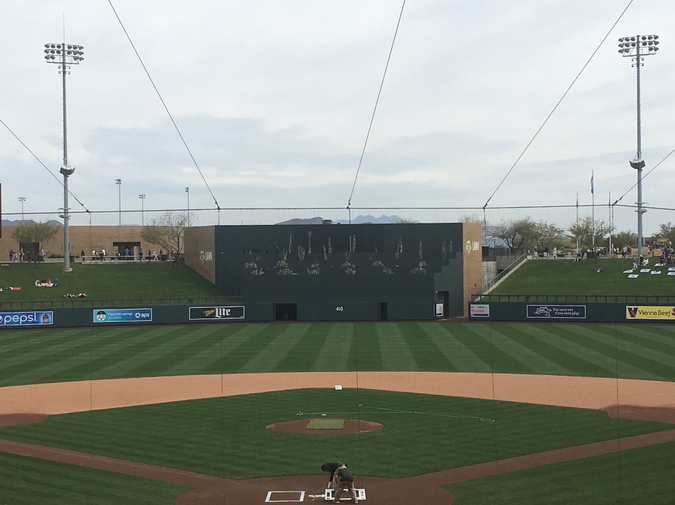 I peed my pants when I pitched in my first year of Little League. Not every time, but in the big games, the ones when we played good teams, the teams that had the most parents and families in attendance.

My father had died the previous November. Since the time I was 2 or 3, he had pitched batting practice to me nearly every day in the summers. He was a barber who owned a barbershop across the street from the second-story apartment we rented in Erie, Pa. My mother handled all the considerable tasks regarding housework and getting me ready and off to school every day. But during summer breaks, I lived at the barbershop.

There was a narrow yard behind the one-room building. Whenever there was a gap between my father’s haircut appointments, I would pester him to play wiffle ball in the backyard. It became my favorite pastime. Nothing else felt like hitting a ball just right with a bat. “1-B,” as the entry bracket of Little League for nine- and 10-year-olds was designated, marked my first experience with organized baseball. Unfortunately, my father didn’t get a chance to see me play.

In 1-B Little League, the coaches put anyone on the mound who had a good arm. In truth, I had no business being a pitcher, especially as one of the first-year players. If I could have controlled where the ball was going, I might have been able to control my bladder, too. But I couldn’t. My pitching technique and aim were undeveloped, and I needed lots of swings from the batters in order to avoid walking the bases loaded almost every inning. I also could not control that rush of nervousness I felt when everyone in the dugouts and grandstand had their eyes on me holding the baseball before each pitch, waiting for me to throw it, a rush that would shake the pee right out of me.

As luck had it, our uniforms were white with green trim, not urine yellow. Whenever I felt the pee leaking out, I covered the spreading dark stain in my crotch with my glove and reached for dirt from the mound — there were no rosin bags in 1-B, unfortunately, which could have provided a powdery drying and masking agent. I had heard the phrase “rub some dirt on it” from our coaches to address minor injuries, so I applied this advice to my particular physical problem.

The result was a muddy mix that made it look like I had shit myself from the front, a talent that would be worthy of entry into what was probably my favorite book at the time, the Guinness Book of World Records. I believed my “mud crotch” would at the very least create confusion in those who saw it, a smokescreen that would cause most spectators to scratch their heads but never guess that what was really going on was that, I was peeing, while pitching.

I never told anyone. In retrospect, I’m sure this was not the first time anyone in Little League had ever had this problem. But I didn’t bond much with the other kids on my team. The only player in the league I felt a kinship with was Paul Mackowski. He was big for his age and his uniform always seemed unwashed. He wore thick glasses that were always on crooked, had spittle in the corners of his constantly smirking mouth, sported wild, uncombed hair stuffed under a cap that was always on askew and falling off his head, and always brought the reckless energy of someone who had just been violently woken up. He was known as the fastest pitcher in the league but also feared as the wildest — some of his pitches would soar past the catcher and go straight into the fence of the backstop. Mackowski and I played on the all-star team that year and formed an immediate, but brief comradery that I recall consisted of sharing chewing gum and talking about Mad Magazine comic strips.

Fortunately, I managed to pitch over the next few years without peeing, until hurting my arm and moving to third base. I grew into a good hitter and earned an invitation to a Baltimore Orioles combine after my senior year in high school, though I never made the trip. But my nervousness, while no longer urine-inducing, never quite left me. It fueled negative habits, impulsively swinging at bad pitches, pivoting my weight transfer too soon, lacking the patience to see plays develop more clearly. It robbed me of confidence.

And yet, when it came to hitting a baseball, I always liked my odds. I only needed to win a few times out of every 10 chances to be considered a success. Where else in life could I do that?

I valued my small triumphs in baseball, but its humiliations provided the lessons I carry with me to this day.

Because, in the end, we all pee on ourselves sooner or later. When you’re adult, you just learn to wear black pants.

Sam DeLeo's baseball pants eventually dried out and he hitchhiked west to Denver, Colo., where he has worked as an editor/writer for the last 20-plus years. His work has appeared in Glass Mountain, Paste Magazine, Culture Matters, the London-based fiction magazine Talking Soup and the poetry compilation Urania, among others.