Prompting Myself: A Taste of My Own Medicine 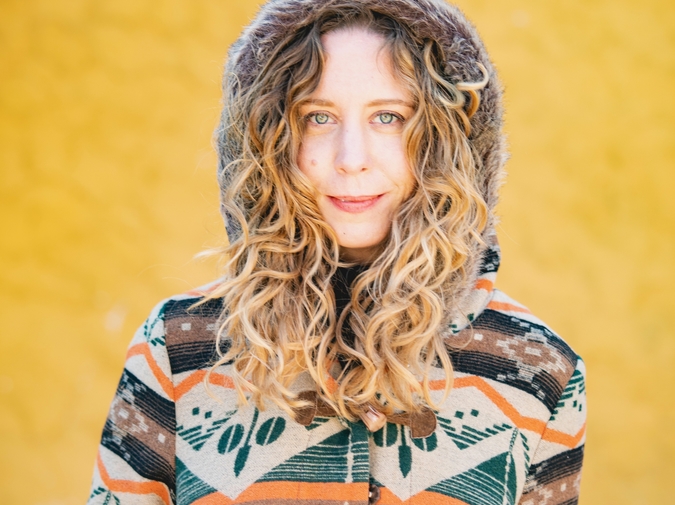 In the creative nonfiction classes I’ve been teaching for seven years I give out many prompts, exercises, assignments. But I don’t do the prompts myself. Instead, I go pee, answer an email, get a glass of water, or get the next assignment for class ready. My students attempt the exercises, and even share the exercises out-loud, right after they’ve written them. You could say they are brave, or, don’t really have a choice. Lately, I feel like I’m a fraud because I can dish the writing prompts out but I can’t take them. So below, I have attempted to do my own writing prompts:

What I Won’t and Will Miss by Nora Ephron

I give this prompt normally on the first day of class, as an icebreaker. The students read the original, then write their own.

What I Won’t miss

The purple wrappers of ovulation tests

Throwing away dead flowers, the way they look in the trash can

The idea of Fox News

Parents who give their kids a hashtag

Parents who give their kids a hashtag before they’re born

What I Will Miss

The smell of daffodils

Soundtrack to Singing In The Rain and Little Shop of Horrors

Pouring half and half in my coffee

A day without obligations

Drinking wine in the sun outside with friends

Walks with coffee and a friend

Sharing shirts and dresses with friends

Snuggling in fetal position in bed with a book

Traveling to other countries

Jumping in a lake

Jumping in a pool

Trying on a dress and having it fit perfectly

Getting into bed at the end of the day

Our honeymoon in Marrakech

Walking around towns I’ve never been to and finding a bookstore, high on coffee

Letter of Recommendation. I give this prompt as a lesson in writing about seemingly nothing but getting readers invested in it. I usually show them the example “Sick Day” by Sheila Heti and LaCroix Sparkling Water by Mary HK Choi. One of my students even got hers published in the New York Times. Do I sound bitter? Just kidding. Here are my two sucky attempts at Letters of Recommendation:

Should I begin with the color? The box is an unnatural purple you don’t see anywhere else, which is what makes it so special.

It’s a little ironic that I like Good & Plenty, because on the box it has a little circular boasting that it is a fat free candy. One, who cares? If you’re eating candy, you’re eating candy. Plus, I like fat. Fat is good for me. Over the years I’ve realized if I have an extra five pounds or so on my body, my skin is clearer, hair is healthier, and body, of course is curvier. I take fat in my coffee and tea with half and half and I eat full-fat yogurt with berries in the summer for breakfast. Fat doesn’t scare me.

That said, it is an added bonus, to sit there and eat a fat-free candy.

I was listening to the Forever35 podcast a few months ago, and Good & Plenty came up. The co-hosts, who I respect and admire, began making fun of Good & Plenty. They called it not only a mom snack, but an eighties mom snack. Luckily though, on the next episode, my soul mate wrote in and began her email with, “How dare you.” She goes on to call Good & Plenty the “coziest” snack.

Maybe this was when I decided to stop hiding my love for Good & Plenty, and begin shouting it from the rooftops.

As an adult, I never had “my candy” go-to at the movies. I’d usually just sneak in a seltzer and get popcorn without the fake butter.

Now, married and with a 9-year-old stepdaughter, I go to many Friday night movies. Part of the fun of living with a child, is their excitement around candy at the movies. They wonder aloud if they will get Junior Mints or Reeses Pieces.

No doubt Good & Plenty is meant for an adult palate. Of course my dad liked it, because he likes Sambuca and fernet. When I was at the height of my substance abuse in my twenties, I’d eat a bunch of black licorice in lieu of doing opiates.

Also, when you eat Good & Plenty, people don’t ask you for any. You get the entire fat-free box to yourself.

It wasn’t my idea—I stole it from my friend. After years of trying other lipsticks: FACE angel veil. Mehr is my MAC brand. There was years of a Covergirl lip gloss and then there was a Baby Lips obsession but that color was too teetering on hot pink.

Enter my friend Elizabeth, who I have watched dot Dr. Pepper on her lips uncountable times. I always thought her lips looked nice. A natural color, just a tiny of red, a tint of gloss. It somehow always looked like she had lip liner on.

I don’t have good lips. They are thin, especially my top lip, but I like wearing lip stuff as to not look dead. This is a habit and idea I got in my head in high school and has been hard to let go of.

There are two kinds of women in the world: those who have dozens of MAC lipstick and those who don’t. I do not.

You can’t beat the Lip Smacker’s price or the Dr. Pepper taste. Sweet but not too sweet. I haven’t asked my husband what he thinks but he hasn’t complained. It’s shiny but not too shiny, like the summer I was into some lip gloss and my mom said it looked like my lip was bleeding. It isn’t sticky. It moisturizes. It doesn’t fade. It brightens your entire face. Most importantly, for all you broke artists or you cheap as fuck people: it’s $2.99. I bought a three pack that came with 7UP, root beer, and Dr. Pepper. Do not make this mistake. No one in your household will want the 7Up or root beer.

I ordered a three-pack, a Dr. Pepper, 7Up, and cream soda; I figured my husband and his kid would like them too and the three of us could start some new trend, like it would catch on like LaCroix. But no one wanted the others aside from the Dr. Pepper. I recently was raving about it to my girl friend, Noelle, and she said, “Shut up, I have that in my bag.”

Write From An Altered State

Write from an altered state. Okay. I guess you could say my state is altered because I am gushing blood and earlier had cramps that dragged me out of bed. My state is altered because I’m on my third cup of coffee and my fingers are moving swiftly. I’m in an altered state because I’ve been home since March 11th and today it is April 29th. I leave for walks. A friend told me we are all in shock. One of my friends said she couldn’t believe I got on the bread-making train. That goes to show, I don’t even know who I am anymore.

This is a prompt to get the students to…go deeper. It is a prompt from a Lidia Yuknavitch lecture which is on Youtube. The prompt goes like this:

OK, even considering doing this prompt gives me anxiety. Some of my students absolutely love the process of this prompt and some hate it. I’m in the hate camp. If I were in a writing class and the teacher gave this prompt I’d probably just doodle my name over and over again. Hard Pass.

I Remember by Joe Brainard is one of the oldest writing prompts in the book.

I remember being in New Orleans

I remember having my period in New Orleans

I remember wearing a red shirt

I remember the weather in New Orleans was gorgeous every day

I remember my brother-in-law’s girlfriend saying, “I think this is probably the last trip we will take for a while” and thinking that couldn’t be right

I remember not sleeping well

I remember going to the wine bar Bacchanal, and eating the most luxurious burger

I remember giving him a bite of the burger

People I Don’t _______ to anymore. This is a prompt inspired by Chelsea Hodson’s essay, People I Don’t Talk To Anymore. My students and I read her essay, then I tell them to write their own, but instead of “talk” they can replace it with anything.

My mom, unless we are on vacation, which is happening less each year as we are both married, and even if we go camping, we sleep in separate tents.

The person I dated briefly in Portland. Last week someone messaged me on Instagram a photo of my first book they bought somewhere. They told me it was signed to that person, from me, and I said, “Guess he didn’t want it in his house anymore.”

My cousin. The last time was in Paris.

That one person who never wants to see themselves written about again.

The person I slept in vans, on floors, and twin beds with.

The dog, Sid, I housesat in New Orleans early March.

All of those cats in Portland.

The liar with the good heart.

The guy who I dated for like two seconds but felt the need to block me on Instagram.

Chloe Caldwell is the author of the novella Women (SF/LD) and essay collections I'll Tell You In Person and Legs Get Led Astray. She is currently working on a manuscript about her period, THE RED ZONE, which is a tough sell to editors and agents, alike.