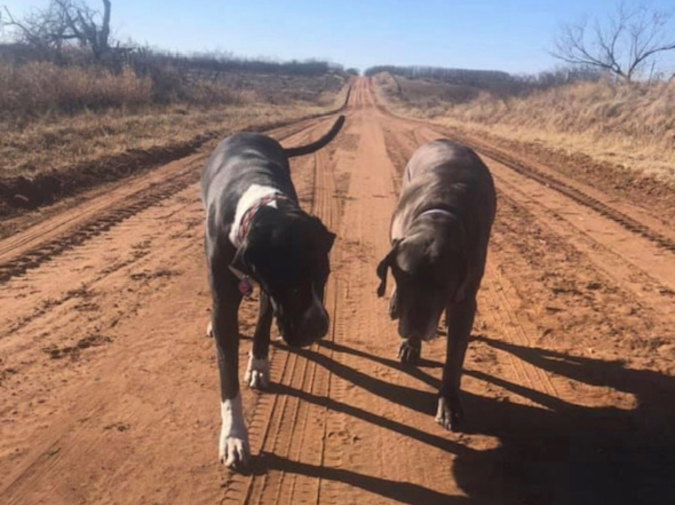 The first gynecologist I saw after serving ten years in federal prison delivered the news while she was still down there, swabbing away a few cervical cells, “You’re a bit atrophied.”

As if I didn’t know.

I want to date, but using my real name on these apps makes dating tricky—if not humiliating, disappointing, and dangerous.

The Internet, like prison, kills privacy. Even horndogs and hookups do their homework. A quick Google search tells all: I ran drugs, I stole a few hundred guns in New Mexico that someone else then sold south of the border. I am an ex-con.

After serving my sentence, I lived in a halfway house in Las Cruces, New Mexico. I played it smart there, rejecting all the young halfway house dudes and their not-so-smooth moves, eating up their attention only to boost my ego, which was fragile. Eventually, given permission to leave limboland and its sketchy odds and temptations, I headed home to Albuquerque. There, I lived under house arrest for six months, legally free from 7 a.m. to 7 p.m.

Walking down San Felipe Street at high noon, sunlight on my cheeks, my shoulders, my thighs, I would catch a stranger’s eye, track how they took me all in, head to toe. No, not toe. Ankle: the imagination caught there. My ankle bracelet told a story, and one thing prison teaches you, no doubt, is just how wild the imagination can run.

Guys will run, I thought. This janky electric tether.

Realizing there was no way to keep hidden the hideous band of plastic that was so obviously not my mother’s costume jewelry, I decided to ride out my singlehood and celibacy until every inch of me was free and clear of the law. Time flies, I guess. After almost two years back home, with my mojo undergoing major FOMO, I called a guy I had once loved madly and gotten naked with all the time, on and off, since the Eighties. There is freedom in familiarity, and my longtime love/friend-with-benefits became my first beneficiary in a decade. Thank god, because it hurt like hell and I told him, “That was awful!”

What had been a breathtaking walk in the park for him, was for me a fatigued slog beneath the desert sun, with any and all oases long swallowed up by environmental stressors. So, I put the ixnay on the sex. The gyno had told me I was collapsed at my core, and it seemed mentally and emotionally I was too.

Before prison, before becoming a coke head—maybe while I was a coke head who eventually dabbled in meth, who can remember—I experimented sexually: threesomes, bondage, sex in inappropriate places, you name it. Before blowing a few thousand brain synapses and then sweating time away working the chain gang, I could orgasm walking down the block and catching that stranger’s eye. Now, I have to talk myself into getting off.

“I beat breast cancer while imprisoned.” I told a friend. “I will get my sexy back!”

“You were always a magnet,” she said. “We will rebuild your coercivity.”

She shook her head. She recommended I buy three vibrators.

I bought the vibrators online, and they sat in the box they were delivered in for one year. “It might motivate you if you move them to your bedside table,” my friend insisted. She was wrong: two of the three vibrators are still in their packaging (so much plastic!) and the one that I did open, I used a handful of times.

I don’t write “I have the libido of a sloth” in my online dating profile. I don’t use my real surname now either. Dating is hard enough. I want a friend. I want someone with a similar background to the one I had—loves animals, Formula One, and the desert outdoors—before I screwed everything up. I want to better myself. Most of the men who have met me since I stopped using the name that appears on the Internet alongside the labels: felon, convict, drug addict, have been very nice.

Their pleasantness, of course, sparks little desire; but I don’t want a bad boy either—the few I have accidentally let slide through my fairly rigorous post-prison dating prerequisites have bought me a meal and a cocktail, and then said, “Let’s do shrooms!” or “Can you still get good blow?”

Been there, done that. And nothing bores me faster than old “one time when I was high” stories, because nobody was higher than me, and nobody was more stupid. A less drug addled me would have gone into that Quonset hut and only taken the papers I was seeking—the papers that proved the money I was due. All those guns, I never would have let anyone touch them.

I have no interest in going down that road again. I am a grandmother of two now and I have my Great Dane, Blue Frankenstein, a clone of Blue, a dog whose death led me to near suicidal depression a year before the failed paperwork robbery.

You get out of prison and you feel like there’s a neon light flashing FELON over your head. You feel naked, and that nakedness feels really awkward—because it is exposure. With so many boundaries purposefully erased by years of eating garbage food, of taking your morning constitutional in plain sight of your roommates, of adapting to the unjust system, there is a learning curve and some shoring up to be done. After I got out of prison, I had lost weight and my skin sagged, so I got a tummy tuck. Another dear male buddy helped me dress and undress my surgical wound, unwrapping and wrapping me. I needed that kind of wrapping in my dating life, for my emotional wellbeing and healing. But who and how, for the long run—I am an ex-con.

The first few dates I went on, I had no clue how to act. I didn’t know that I didn’t owe anyone my whole life story right away. I didn’t know that telling guys I hadn’t had sex in ten years would turn them on, the way a convict’s obvious limited access to sex made certain prison guards twitchy near the showers.

Prison toughened me up some, but instead of telling these guys, “Hey, I don’t really want to relive the heyday of my stupidity,” I gave them what they wanted. I told them about my cross-country drug dealing “adventures.” I told them about almost getting shot in cold blood in Mexico. “Ha ha ha,” I laughed, the whole time wanting to break free from the table, wanting to shout, “How about we live in the present and lift ourselves up? For God’s sake, guys, ten years changed me.”

Logan Ury, author of How Not to Die Alone, tells readers who are interested in learning how to date smarter to “f*#$ the spark,” and she is spot on: I am old enough, and free enough, to recognize the perils of instant gratification and the value in the “slow burn.” I just want a little burn!

In January 2021, I was driving home from visiting my daughter at Bryan Federal Prison in Texas. She went in a year before I got out and has eight years remaining. We had twelve months together. My daughter is still in her twenties, so maybe she’ll bounce back easier than me, post-prison. But there is so much more I wish I could save her from. Since Spring 2020, I have been driving back and forth between New Mexico and Texas to stand with a group that has been protesting and advocating for safer Covid-19 protocols for the incarcerated.

I was distracted when I got pulled over for speeding.

Red flashing lights in my rearview could have sent my PTSD over the top, but after a day at Bryan, all my fight or flight energy was spent. Blue Frankenstein and his grandson, Tuco, who go with me everywhere and together represent more than three hundred pounds of dog, went ballistic at the officer’s approach.

“They’re friendly,” I shouted out my rolled down window. “They’re just big.”

The very tall and very broad-shouldered officer nodded and asked me, very honey-voiced, if I knew how fast I was going. I did not. He requested my documents. I obliged and watched him strut back to his vehicle and run his background check. What he could see of me was more than the Average Joe scouring the Internet could see, I’m sure. He took his time with my records, and then moseyed back to my window to let me off with a verbal warning.

“Remember,” he said, “a police officer in Texas was nice to you.”

Part of me wants to speed back to him, and to my libido. But my days of breaking the law and magnetizing trouble are behind me. I watched that age-appropriate law-abiding-and-upholding Texan pull out and drive off, and then my dogs and I slowly made our way home, to our sanctuary, to this place of privacy and space that is entirely my own, with its untouched vibrators.

Christine Fadden has been published in Gulf Coast, PANK, Painted Bride Quarterly, the American Literary Review, New South, and elsewhere. She currently resides on the Olympic Peninsula, where she runs, hikes, and plays competitive pétanque. Find her online at www.christinefadden.com.

While serving a ten-year sentence in federal prison, Sheryl Anderson took a job aptitude test that indicated she was best suited to a position in “sales” or “transportation.” Accurate! She had been busted once while running and selling hundreds of thousands of dollars’ worth of weed across the United States—and then busted again for running guns. A breast-cancer-while-incarcerated survivor, Sheryl volunteers at the Albuquerque Center for Peace and Justice and is working on establishing F14ev1, a nonprofit that revolves around STEM and Formula One auto racing.