It's Pity Sex for the Both of Us 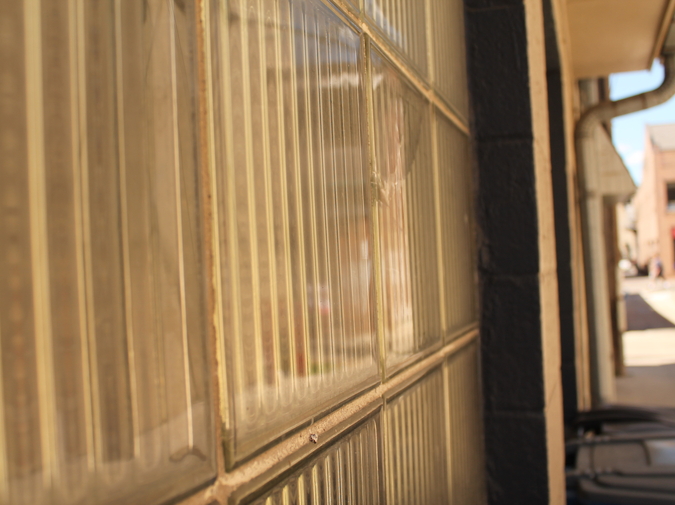 It’s pity sex for both of us, me and Karen and her glass eye, in a motel room off the interstate.

I turn off the lights and we grope.  I only have sex in the dark because my balls are shaped like parallelograms.  In the dark no one can tell but in the light it’s pretty fucking obvious.  The last girl who saw them thought they were rhombuses.

Luckily Karen likes it dark too.  She’s about 45 and she’s got leathery skin.  Then there’s her glass eye.  She keeps popping it out of the socket and wiping it down with a lens cloth.  She says it gets itchy when the pollen count gets this high.

“Sometimes I take it out during sex,” she says.  “Some guys like that.”

Karen takes out her eye and sets it on the nightstand.  Then she wraps her legs around my ass.

“Your balls are so goddamn pointy,” Karen tells me.  “They’re really digging into me.”

“I’ve never heard that before,” I tell her, even though I’ve heard that a lot.

Soon we’re finished and we’re feeling around on the carpet for our clothes. The motel is near train tracks and the train horn blares as it barrels past our window.

“We should do this again sometime,” Karen says.

She writes her phone number down and then kisses me goodbye.  When she leaves, I feel a pang of sadness in my parallelograms.  Sad we’re never going to see each other again, sad that our paths crossed in the first place.

I get up and turn on the light.  The room looks like a tornado spun through here -- the sheets twisted into knots, condoms strewn everywhere.  While I pull on my pants, I see Karen’s glass eye on the nightstand.

It’s not the first time I’ve had a woman leave something behind as an excuse to meet up again.  Usually it’s only a pair of earrings or a necklace though.  I look out in the parking lot.  She’s still sitting in her idling car.  I could still chase her down, but I don’t.  Instead I pick up Karen’s eye and roll it around in my palm.  It’s not as round as you might think.  It’s actually more egg shaped.  I roll it around for a long time, feeling its weight and when Karen drives off, I stick it in my pants pocket and walk out to my car and drive away in the opposite direction she went.

John Jodzio is the author of the short story collections, “If You Lived Here You’d Already Be Home” (Replacement Press) and “Get In If You Want To Live” (Paper Darts Press).  He lives in Minneapolis.  Find out more at www.johnjodzio.net.