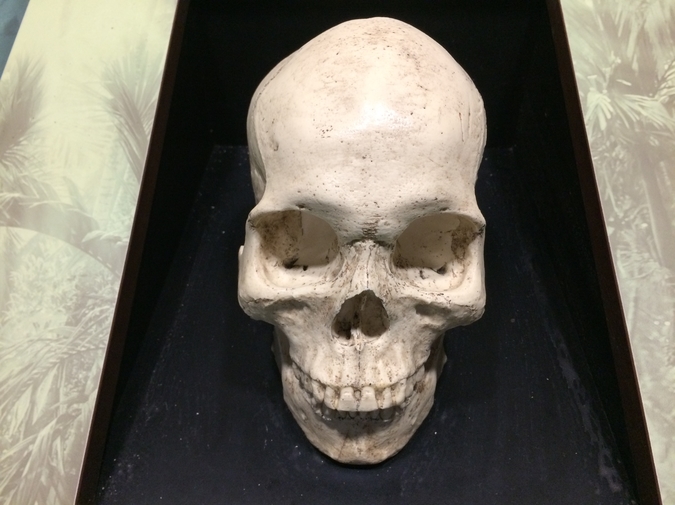 Jonathan and John, until recently, both worked as hosts at Mama Vincenzo’s Ristorante Italiano. Jonathan and John both have brown hair, reddish-brown beards. Jonathan and John both need eyeglasses to read up close but don’t need eyeglasses all of the time to see just anything and everything. Jonathan is mute. Jonathan is tall. John is able to speak. John is quite petite. John is an extrovert, loves speaking. Jonathan is 6’2”. John is 5’4”. Mama Vincenzo’s Ristorante Italiano requires a host dresscode of charcoal gray pinstripe suits with mustard yellow pinstripes and mustard yellow pocket squares to match the mustard yellow pinstripes. The sleeves are too long by design. It is a glamorous and modern look. John is attached to the back of Jonathan with Velcro. John and Jonathan both wear fedoras. John and Jonathan both utilize vaping technology on their ten-minute breaks at their place of employment, Mama Vincenzo’s Ristorante Italiano.

Mama Vincenzo’s Ristorante Italiano is located in hell. Formerly Dante’s, the food is quite salty. The chicken is only available blackened. Iodine poisoning is implicit in any shrimpfish selection. Off-menu prohibited. The atmosphere is one of family. In a family, the rules of the outside world are null and void. Jonathan and John are forced to work together in their Velcro-wed state. Jonathan turns to allow John to speak to patrons of the restaurant. Jonathan spends much of his time turning to allow John to speak. Jonathan accepts the tips from the patrons and pockets the tips for himself for selfish reasons that sent him straight to hell and that keep him in hell forever engulfed in burned alfredo fumes and actual flames. John tells everyone about Jonathan’s constant, petty theft. But there are no consequences for one’s actions in hell. In this way the pleasure is the pain; don’t you know?

It is always nighttime at Mama Vincenzo’s Ristorante Italiano. But on this night, it is hotter than ever before. Each subsequent night it is hotter than ever before. Jonathan and John require hydration to be their best professional selves. But alas, there is no water in hell and there is certainly no water at Mama Vincenzo’s Ristorante Italiano. There is only refrigerated Franzia Chianti for anyone to drink at all including the fish in the aquarium and the cat that nibbles from the dumpster after the last light has been turned out and the doors all locked and the leftovers labeled lazily with wrong dates. No one knows what day it is. There are no calendars in hell.

Anyway, on this night it is hotter than ever before. The family of the restaurant is thrumming with its enlarged heart and sodium-bloated fingertips on the pulse of its own enlarged heart. There are complaints. The food is burned. The service is lacking. John has a hoarse throat and this makes life harder for both John and Jonathan. Many people have mistaken Jonathan for John and this embarrasses the mute Jonathan and angers the vitriolic John. The fact that Jonathan and John have very similar features makes the situation all the more confusing. The fact that everyone is wasted on Franzia Chianti makes the situation all the more disruptive and all the more even more confusing. There is confusion and upset in the coatroom.

There is no need for a coatroom in hell. We have already discussed the weather situation of this locale. However, Mama Vincenzo’s Ristorante Italiano has a dresscode for its patrons as well as those in its employment. In this way, everyone in the family is bound in cloth-made respect. Coat and tie are required. However, the coatroom is available for people to hang their coats for comfort reasons. Just because we are in hell, it does not mean we need to forego physical comfort in some basic and important ways. The coatroom has caught on fire because John has set fire to the coatroom. John is a self-defeating little man in this way. Though, he is really quite gifted with hosting. If he would just put a little more effort into his self-awareness. But alas, John is in hell for a reason.

The coatroom is on fire and no one in management has ordered epinephrine in years and no one in management has separated the shellfish from the rest of the food for allergy reasons. The smell is quite terrible and three patrons have died of deadly shellfish allergies on this night alone. Two have expired from iodine but only one tonight from smoke inhalation. This fact is quite assuring. John and Jonathan are mad at one another. John and Jonathan ask management, can we be separated? Management responds: Family doesn’t give up. The bond of the family is unbreakable. The bond of the family is Velcro. Don’t you know this?

Jonathan and John are utilizing vaping technology on their ten-minute break. Strawberry-kiwi candy faux-smoke mingles with the actual smoke of actual flames in hell. John tells Jonathan to hold his arms tight against a strong, load-bearing surface. Jonathan grabs a telephone pole. John blackmails a patron. He sees a man spill his Chianti on the white carpeting of the ristorante. He says to the patron, I won’t tell Management and you won’t be banned from the ristorante if you do me this one, kind of weird favor. The patron nods. John has the patron, name of Johnny, clasp hands with John as if they are family, which they are. Jonathan holds tight onto the telephone pole and Johnny pulls tight in his family clasp in the opposite direction. There is a terrible tearing noise, as Jonathan and John are finally ripped apart. Johnny wonders: What have I done?

Now free, Jonathan and John turn to face one another. They are shocked and also not shocked by the family resemblance, though they both resent it, as they resent one another. Jonathan and John are fired from Mama Vincenzo’s Ristorante Italiano. The flames climb higher. Their mutual anxieties mount. Family never forgets, but can forgive.

Kate Jayroe is from Little Mountain, South Carolina. She works at Powell's City of Books, serves on staff with the Sewanee Writers' Conference, and is co-editor-in-chief of Portland Review. Other work by Kate appears in Word Riot, Maudlin House, Joyland's Medium, and elsewhere.