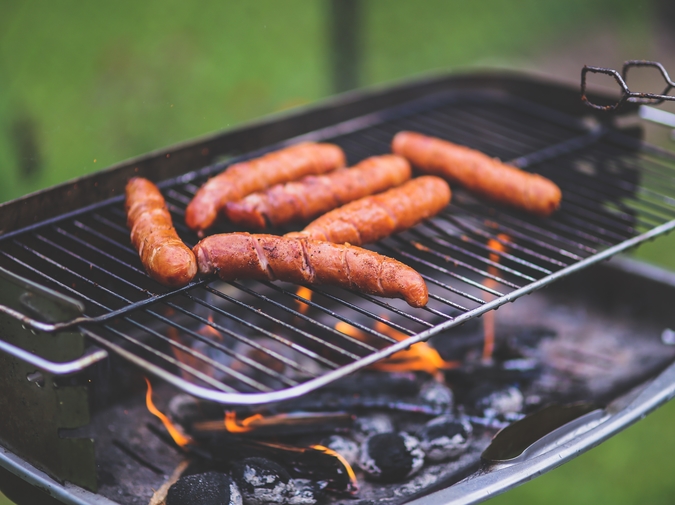 With his cleat, the shortstop smoothes the dirt in front of him. He pounds the pocket of his glove and flexes the webbing. It was a solid throw. The runner had barely made it halfway up the line. A routine ground ball. A routine out.

It is May. The sky is blue. The sun is not in his eyes. The bleachers are filled with kids and parents, a typical Saturday afternoon crowd. Those on the teams who will play the next game anxiously loiter near the gate, ready to take the field when the game is wrapped up. The smell of grilled hot dogs is in the near distance.

It’s the bottom of the sixth and there’s one out. The batter in the nine spot, a boney ten-year-old, steps into the box. He takes the first pitch for a strike.

The shortstop has had a good day. He’s two for three. Two singles. One, a solid hit to center. That nice hollow sound off the sweet spot of the aluminum bat. And although the other hit barely escaped the infield, it had put him on first, which eventually led to him crossing home plate for the go ahead run.

The shortstop thinks he had four assists and two putouts. Later in the evening, when he gets home, he’s confident he will recall all the plays he made. As is his habit, he will record his stats.

But before that, he will buy two hot dogs with the dollars hidden in his sock. He will pump brown mustard down the center of each hot dog. He will sit with his teammates and watch the next game and discuss their current winning streak.

A swing and a miss.

The ball is tossed around the infield. Though no one needs to be reminded, the shortstop and his teammates yell out, “Two down!”

The shortstop turns and surveys the outfield. He places his glove over the brim of his hat and squints. He turns and faces home. He smoothes the dirt, pounds the pocket of his glove, flexes the webbing, and shouts perfunctory words of encouragement.

The first pitch hits the backstop. There’s no need to worry; the bases are empty.

But from the stands he thinks he hears the jangling sound of a certain set of keys. He hears them again. Despite all the other sounds from the bleachers, he knows what he heard: the keys he no longer hears every day, the keys whose departure the shortstop welcomed.

There is no reason for him to hear those keys. The part of him that doubted their presence is soon proved wrong by the voice from the stands.

This is not part of the agreement. He had not been told.

The shortstop had made plans. That’s why the dollars are in his sock. That’s why he said he wouldn’t be home right after the game. He has plans. No one can just come along and change someone’s plans, no matter who he is.

The pitch is high and outside.

“Ball four! Take your base.”

The shortstop grinds the toe of his cleat into the dirt and spits.

“Make the play at first or second,” he thought he heard his coach yell from the dugout.

There’s the runner at first, ready to go at the sound of the bat. The shortstop turns to the outfield and squints. The walls of the outfield, covered in local advertisements, are fences. The whole field is enclosed by fences.

The hot dogs would be bought, but not with the dollars from his sock. The shortstop would pay with his time. He would also pay with something he’s already lost.

His plans would be changed.

He hears the pitch make contact with the aluminum bat. The ball is heading up the middle.

Thomas Genevieve is a teacher living in New Jersey. He has been writing fiction, with a specific focus on short stories, for about six years. His work appears or is forthcoming in the Broadkill Review, the Baltimore Review, the Green Briar Review, Adelaide Literary Magazine, and the Sierra Nevada Review, among others. When he is not writing, he maintains a steady diet of the cultural arts.