A Snake in the Basement 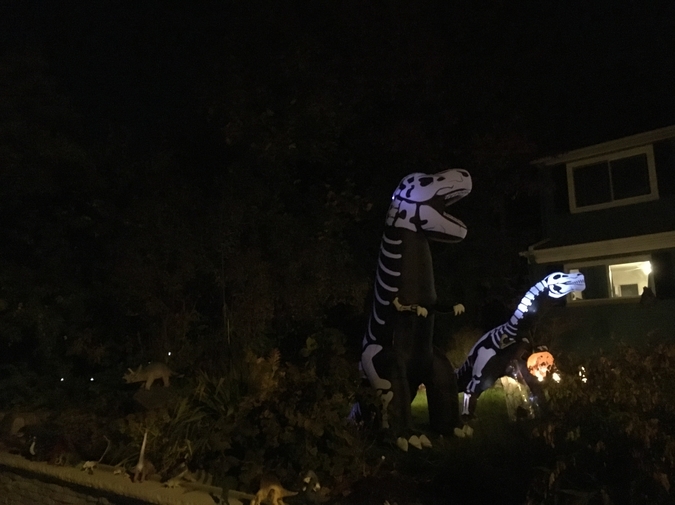 I think there’s a dead snake in my basement.

I say “I think” and not “I know” because I’m tired of looking too carefully at corners. I give every hotel a thorough bed-bug inspection, ever since that time in New Orleans, when I awoke with a rash and learned too late how to peel up the corner of the sheet to catch the bugs unaware, how I then spent the rest of my vacation spraying Raid into my clothes and the corners of my suitcase, how, when I returned home, I left my suitcase outside in the cold upstate New York winter and put my books in the freezer because the only way to kill bed bugs, to really, truly eradicate them, is to freeze them to death.

Now I spend all my time looking in corners. Are these sheets clean? Is that a roach? How much insecticide should I spray in this second-hand furniture before I allow it into my house?

Is it any wonder, then, that when I set my moving box down on the basement floor, I didn’t have it in me to bend and examine that particularly wormy squiggle in the corner?

On a work trip, my boss and I drive through central Missouri on highways lined with carcasses. We speed over the top of a fresh bloodstain.

“Whose job do you think it is to remove the bodies?” she asks.

“The bugs,” I say, and shrug off her question.

It appears I think nothing of bugs on bodies when they stay where they belong: outside, removed from the possibility of contact with me.

In AP Bio I was awarded a superlative for being a most eager dissector of cats, and I will observe the progressive decay of roadkill with interest. The dead rat by the corner coffee shop, for instance, is still there, two weeks after I first saw it, albeit much flatter now.

In Phoenix, I seek out a shop called Curious Nature, which specializes in taxidermy, skulls, and the occult. My intestines constrict as I bend to observe the two-headed chicks and the rare, two-faced kitten in a jar (for sale for $549). I hurry out of the shop feeling sick.

I’ve never known myself to be squeamish. I worry that I’m not as curious as I once was, not interested in what’s possible, unsettled by the macabre.

I question my reaction to the kitten in the jar later that night, as I experience my first serious bout of food poisoning. Perhaps that twist of the gut was a simply a sign of the sickness to come.

Maybe it’s that I can’t bear the thought of my house infested, my body invaded and outside of my control. After we discovered the bedbugs, my vision narrowed to the spots on my arms, the bugs in the bed, the thought of bringing them home and never again being without dreams of itching or the red sores lining my limbs. I could do nothing but exterminate. My partner bought beer and I bought Raid and we watched TV as I soaked our clothes and suitcases in pesticide.

But what of the snake in my basement? If it even is a snake (it is, I know it is).

I’ve never been able to abide snakes. I’ve always been impressed by snakes. I was born the year of the snake. Shed snakeskin is beautiful. The memory of a live snake’s skin on mine makes me shudder. I could stare at the snake skeletons in the Museum of Natural History for hours.

My parents, too, were born the year of the snake.

When I was small, my mother made my father pick up a garter snake so I would learn not to be afraid. I watched as the snake then bit him.

Maybe, when my father died a year or so later, a part of me blamed the snake.

When I tell my partner about the snake in the basement, he doesn’t believe me at first.

“I’ll show you,” I say, and take him into the basement, a place I hate for its dangling lightbulb, porous limestone walls, poorly lit corners. I am sure there are roaches down there.

I have to look at the snake now, the flat line of its body, give it more than just a glance from the periphery. I point it out and stand back.

My partner bends from the waist, picks up the snake, and dangles it at me.

“Stop!” I shriek, and we laugh. He tosses it back to the corner, a few inches from where I first found it.

“We’re just going to leave it there?” I ask, and he shrugs.

“What else would we do with it?”

I can tell right then we’ve decided to keep it, that keeping the dead snake in the basement was the only option all along: I want to be unsettled, but only on my own terms. I will take an infestation, but only if it won’t spread.

When we go back upstairs, my partner does not wash his hands.

Lindsay Fowler champions weird writing in all its forms. She holds her MFA in fiction from the University of Maryland and is working toward her PhD at the University of Missouri. Her work has appeared in Pigeon Pages, Monkeybicycle, and Psychopomp, amongst others. Find her on Twitter at @lafowler8.