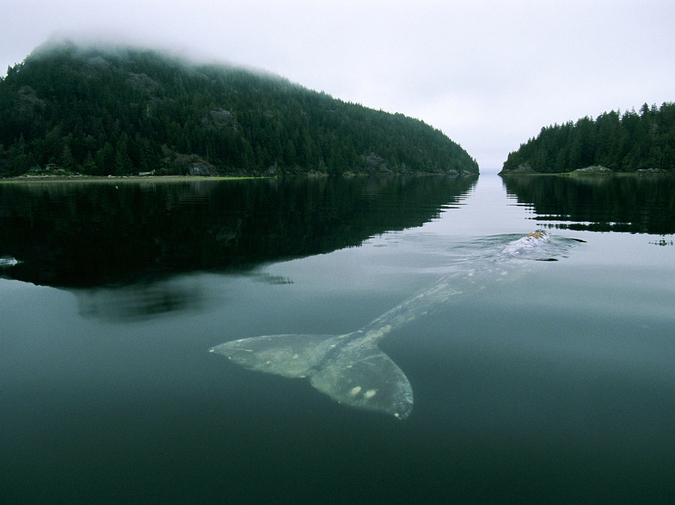 Fourteen Letters to a 52-Hertz Whale

Wherever you are, I hope you're being careful.

Dear 52-Hertz:  Would it be weird if I came to the ocean to visit?  I haven't figured out the logistics of this, but it'd be cool to hang for a while.  The problem is, I don't know how to find you. I could get to the beach, but then what?  If I swam out to meet you, I'd get eaten by tiger sharks. If you swam to the shore, you'd get stuck and die.  Once, there was a video going around the internet of a beached whale and it was dead and the villagers didn't know how to get rid of the carcass.  So they tried to blow it up with a bunch of dynamite.  That didn't work out too well for them.

It was kind of messed up, actually.

Dear Whale. It was stupid of me to mention that other whale getting blown up with all the dynamite and everything. Totally insensitive.  Sorry.  I have no grace. I've been told this before.  That I have "no grace."  I apologize.  Just trying to make conversation.  I'm no good at this. Sorry.

Hey. Do you ever dress up as other animals?  If so, what kind?  It's almost Halloween out here. I was just wondering.

Dear Whale: Halloween was totally lame.  This one little kid came to the door dressed as a dolphin.  But he had a net over him.  And I said what's with the net? And he said, Every year hundreds of thousands of dolphins and whales are killed by the tuna fishing industry because they don't know how to avoid the nets.  And I thought he was insulting your intelligence, so I said: Look motherfucker, you don't know a goddamn thing about whales.  Get the fuck off my porch.

Maybe I overreacted there.

Dear Whale:  Do you ever see people swimming nearby and think to yourself, I could really have some fun with this?

Like maybe you could surface right next to them and then yell something like, Jonah!  I've been looking for you!  And then open your mouth really wide?

That would be awesome.

Do you have any goals or fears?

Do whales believe in God?

Do you ever float on your back and scrutinize the stars and see unexpected figures among them, like maybe other whales? Do you assign them names, and imagine stories for those make-believe creatures as they drift through the dark?  Do those stories lend structure to your days and nights? Do they comfort the nervous waters, constellate the disjointed heavens, and render the marvelous in a manner that you can endure?  Do you believe them?

How cold is the bottom of the ocean?  How crushing is the pressure down there?

Do you ever worry that because your voice is impossible to hear, maybe no one will make the effort?  That you can work really hard and try to be a good person and try to make a difference in your community, but then—at the end of the day—the waves will just swallow you whole?  They will take you under.

You'll disappear from the world.

And you won't even leave a ripple on the surface.

Truth be told, I'm building The Labyrinth,
like the one in Crete, but smaller, more snug, compact
enough to fit in my backyard without encroaching
upon my wife's tomato trellises.  She adores those plants.
Did you know the tomato can treat sunburns?
Did you know there are over seven thousand types?
Did you know there's a town in Spain
that has a tomato-fighting festival each year?
Participants whip a couple hundred thousand of them
at each other's heads.  Don't tell my wife that.
What a waste, she'd say.
What a tragedy, she'd say.
What a savage and terrible crime against an innocent and magnanimous fruit.
She reveres those things.  Which is why a minotaur
containment unit must be installed: to fortify
the trellises against that which raids them in the night.
I thought it was a rabbit, but it's bigger.
I thought it was a person, but it's faster.
I thought it was bad luck and pernicious weather, but it stalks
the perimeter on two legs and grunts like bull.
Is my behavior strange? Have you ever known love?
Strangeness is part of the deal. You will laugh at things
you didn't know were funny.  You will go out in the rain
to buy Malbec, Double-A batteries, mousetraps,
or scotch tape because that's what she asked for.   You will stand
mesmerized, in the middle of your backyard, in the middle
of your life, with a dumb look on your face
and no words in your mouth. And you won't even mind.
You will make a Labyrinth.
You'll protect what must be protected,
build what must be built.

Matthew Olzmann's first book of poems, Mezzanines, was selected for the Kundiman Prize. His second book, Contradictions in the Design, is forthcoming from Alice James Books in November, 2016.  Along with Gabriel Blackwell, he is co-editor of The Collagist.