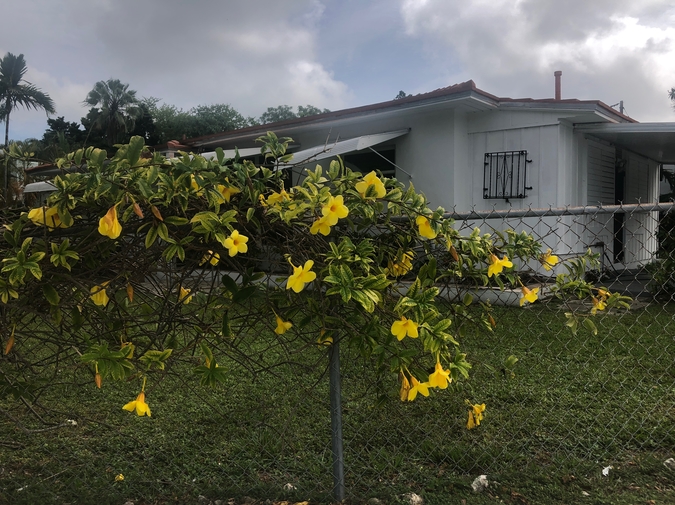 The door is open, I said, just come in. Once I started treating Jake outside of my office, I opened myself up in a way that I wouldn’t have done at my office. As a massage therapist I remained professional, but as a person I longed for closeness with another person. It seemed, after thirteen years in the profession, I had reached a crossroads: being with people without really being with them was getting to me.

At work I felt like an imposter. I greeted Sonia with a smile anyway and reviewed my notes about her past visits, asked her if there were any updates. She said her shoulders were tight. With that I left the room while she got ready. The next day I gave up all my permanent shifts.

Professional massage therapy is big on boundaries, for the therapist and the client. The client’s comfort is the number-one priority, but the therapist should not be out of his or her own comfort zone. I’d followed all the rules. I had a state license. I was nationally board certified. I did not have personal relationships with my clients. I ended my sessions on time. I’d done everything right, but something felt very wrong.

Perhaps outside of the office, I could head in a more personal direction. I sat on the couch reading a book with Carson sleeping on the floor. The door opened and I got up to greet Jake. He hugged me and said, “Mara, it’s good to see you again.” It’d been a while—mostly because I was sending him text messages that he never responded to until I asked him, “Am I texting too much?”

“Yes. Mara, it’s too much texting, please stop. I have better things to do than to spend my day face down in a computer. Don’t take it personally. I enjoy working with you!” I took it personally.

“My place is good in the rain,” I said. George Winston played in the background. It was the first time I’d used traditional massage music with Jake in a long time, but it seemed a good choice since something needed healing with us. He’d been over so many times, usually in the later part of the day or evening. It was a Sunday just after noon because he could never be on time, and as I conducted the massage, I was glad I called him. I couldn’t handle another failed relationship, regardless of the nature of it.

It was rare we had a steady rain like this, but there was that one sailboat out on the Santa Monica Bay, I could see though the window while I worked on him: it was a vessel of hope. Sometimes it just takes one thing.

“Those people were determined to have a good day, no matter what,” I said as the wind whipped across the flat roof of my place, I said to Jake as he headed for the door. Rain was coming down hard, and it was obvious he didn’t want to hang out and drink tea with me.

He’d said to please use his phone for appointment purposes only. So I took to texting him for massage-on-demand. He really liked massage and was on his feet a lot, lived a physical life as tennis pro, but the thing is, I liked the company. It had been years since I had any fun. I had taken seriously to introverted activities, and as I prepared for his visits, I listened to Dusty Springfield, “Son of a Preacher Man,” while I made food and drank a beer.

He lay there on the table and said, “Mara, I’m all yours.” He was such a sweet and pleasant boy. He had a good body—thin but with “tree trunk tennis legs”—but I didn’t feel attracted to him. I did, however, feel like I was dancing with him. I felt as close as I could be to a person without really being with them. There was safety in that. And I know now that it’s because he didn’t like me—he ended our sessions by letting me know that perhaps I should consider that I was acting like a person who was in love with a person who was not in love with them and, in fact, a person who wanted no further contact. He did not consider me a friend. Of course I’d texted too much.

For many years being in a dark room with a stranger who was usually naked but covered with a sheet felt comfortable to me. I mean I was draping, using the techniques I’d learned in massage school. I inquired about pressure. Is it too much? Not enough? I tried to work according to the tissue to get it right. I was controlling the whole thing: the lighting, the temperature of the room, when the client was to turn over. But sometimes when I worked on certain people, usually men, I felt a longing. I wanted to be close to them in a real way.

I didn’t want to get down and dirty with Jake. I had a fireman who lived next door for things like that. I wanted to be friends with Jake, and I fashioned a whole relationship we didn’t have once he started coming to my home to get massages. Of course it was one-sided. I was used to that.

I was raised in a family that was not that big on touch, so it was a surprise to everyone that I not only liked but was passionate about touching strangers. I’d worked in gyms, hotels, and I once had my own office. I had a following but I had no fingerprints because they, like the treads on a tire, had worn down after years of use.

Massage therapy was a way to hide. I was afraid of men, partly because my father was a womanizer. He never did anything to me, but the way he related to women, including me, was as a womanizer. He was a predator. Often he dated women of lesser financial or intellectual status, and he was not able to sustain any meaningful relationship for any amount of time. He paid attention to me in between. He also had boundary problems. He often said what’s mine is yours but was quick to kick me out of the house when a new girlfriend moved in. He usually dated people like Chris, the paralegal that worked for my uncle. He also dated a family friend’s boss. Sometimes I felt like he dated me. One night, as a respite from spending three nights in a row having dinner with him, I invited my friend Jean to join us. At the end they just walked away, forgetting to say goodbye and leaving me to retrieve my car from the valet.

When I moved to California, I’d hoped to leave massage therapy and took a job at a spa desk. It was the only thing I was qualified to do. I was good at booking appointments for massage and understood about all the different types. Everyone in my family hated my dad’s second cousin Allen, who always hugged everybody when he came to visit. It was he whom I eventually slept with when I was trying to expand my boundaries, having moved to California and having had too much to drink one night. Shortly after I started doing massage again. I needed to feel safe around people, and I need to be in charge of that.

I had a hard time relaxing, and I think massage had a soothing effect on me, as the practitioner, but when my dad told me, after thirty-four years of lying about it, that he had another daughter, the effect was I didn’t want to be there for other people anymore. I don’t know how the two correlated, but I didn’t want to be a phony like my dad, who made sure he didn’t tell anyone about his secret until after his parents were dead. The announcement was tumultuous to me. I had the sensation that the way my relationship had been with my father—I’d spent years being with him without really knowing who he was while he harbored this secret and kept in touch with the other family over the years. I felt as if I’d been had. But it explained why I was so comfortable being around people without being with them. And it explained why I conjured up a whole relationship with Jake that never existed. It explained a lot of things, but it did not explain what it would be like to have the real thing, the closeness that I longed for.

Tamara Adelman is a former massage therapist and triathlete, and now freelance writer living in Santa Monica, California. She has a certificate in Creative Nonfiction from UCLA and can be found most days looking out at the Santa Monica Bay as she writes the next story in passionate pursuit of perfection.

She has been published in numerous literary journals including Forge, North Dakota Quarterly, Pendora Magazine, Hobart, Rougarou, The Storyteller, and Willow Review. Additionally, her story “The Finish Line” was featured in the Literary Mama blog, And I Ran. Her essay “Rustic Canyon” made the Notable Essays list on Best American Essays of 2016, which was edited by Jonathan Franzen.