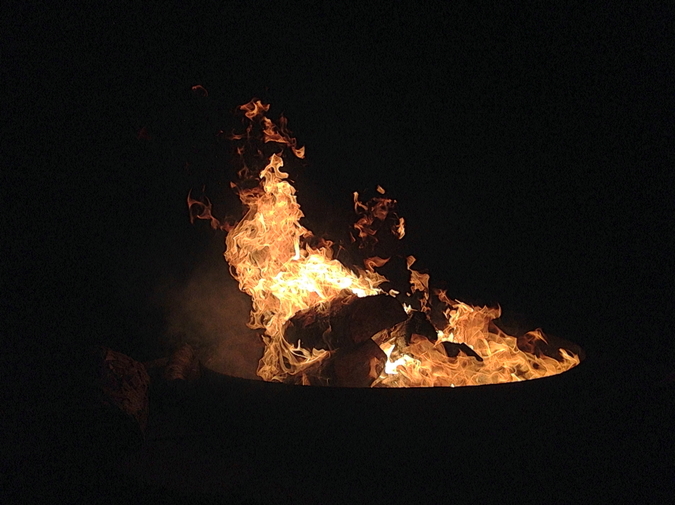 And so two years later I graduated and I updated my CV and I set up my student loan repayment plan and I unboxed my old Xbox 360 and I ordered Skyrim on Amazon. I even paid to have it rush delivered.

In Skyrim you play as the Dragonborn, a prophesied hero in the vein of Nordic mythology, born into a civil war-tarnished land for which the game is named, destined to defeat the dragon/demigod Alduin using the Thu'um: a mastery of the dragon language that only a true Dragonborn may weild.

This is not the game I ended up playing.

Elder Scrolls games allow you to build a character down to the most minute and useless detail. Starting off, I knew I was going to be an archer. That meant I had to 1) be a wood elf and 2) have a lean, handsome face.

I spent 45 minutes finding the perfect jaw width, nose bridge depth, and eye socket darkness combination to convey both youthful mischief and the underlying melancholy of a spirit yearning only for beauty, cursed with a body built for swift, silent death. No scars on the face, because no enemy has gotten close enough to see the loneliness and regret in my avatar's huge burgundy eyes.

For a name, I came up with something so authentic and linguistically thoughtful that I am too embarrassed to write it down anywhere ever again.

After a few tutorial missions where I learned how to use my first dragon shouts and picked up some initial armor and weapons, I was lead to the city of Whiterun, capitol of the Whiterun hold, seat of Jarl Balgruff the Greater. This is where the game intended me to start taking on primary missions and progress through the story and fulfill my destiny as the Dragonborn. I did not do any of those things.

I wandered through Whiterun instead. I visited every shop, talked to all the locals, humored the street evangelists, learned about problems with overbearing shopkeeper sisters and how it sucks to be a werewolf because people want you dead all the time. Instead of meeting with the Greybeards up on their crazy mountain to learn how to master Dragon Shouts, I got Braith to stop bullying Lars by asking her nicely. I found some nice wolf pelts for Addriane so she could make a piece of leather armor to impress her indifferent father. I delivered love notes, bought people drinks at the Bannered Mare, gave advice on how to be an adventurer by trade. I became this local wonder: a stranger who wandered into town one day and started fixing everybody's tiny domestic problems. Even the city guards, clad in their armor and bitterness, warmed up to me after a time.

I thought it was kind of nice, staying in one place instead of tackling Skyrim's huge map just to see everything the game designer's created during the five year production time. Why not finally put down some roots?

So I bought a home in Whiterun. This was supposed to happen later in the game, after I had cleared a bunch of dungeons and sold off loot and started making some real gold. But I had collected so many of the locals' tiny rewards for running their errands that I already boasted a swollen coin purse.

My home was called Breezehome, a name the game chose for me. I did Google “can you change the name of Breezehome?” but no, you cannot. From then on, every single thing I did in Skyrim was to decorate my home and make it cozy, lived in, representative of its owner but not too put together. I had a chest in the corner for casual wear and  a standing cabinet for armor. Small weapons in a bedside chest should I need them in a pinch if there is an intruder (an in-game impossibility). But clutter would be OK too. I allowed myself to just throw some stuff in a corner of the room from time to time if I was, say, over encumbered by decorative goblets and needed to unload before making a quick trip to the Honningbrew Meadery to restock my cellar. The central living room would be a little cleaner, yes, with mounted collectible weapons and some unique plunder placed carefully on the bookshelf. But the study would be for me: a place to stash mammoth skulls, frost fang teeth and witch robes of minor restoration, just stuff I knew I wanted to keep around but didn't quite know what to do with yet. There would always be a fire in the hearth. And every night I would go across the street to the Drunken Huntsman to visit my fellow Wood Elf Elwindir, have some Alto Wine and see what he had new in stock.

Skyrim's leveling up system allows you to become more advanced in skills like one-handed fighting, destruction magic, and pickpocketing the more you use them in the game. My character was maxed out in speech, barter and smithing. The latter only because I decided one day that every piece of armor I owned needed to be unblemished.

Still, outside of Whiterun's walls, the land of Skyrim was a dangerous one. Combat was unavoidable. During my walks to Riverwood and Hunter's Rest and Rorkistead to trade goods, I was often attacked by outlaws or packs of wandering wolves. Sometimes I would see them first and for once use my inherent skills as an archer to deliver devastating sneak attacks. Other times I would spot a figure down the road and, just to be safe, send an arrow their way, only to find the corpse of some poor traveling bard – the victim of my cowardice and paranoia, my inability to fight mano-a-mano like a true Dragonborn. So I started hiring mercenaries as traveling companions.

An in-game year passed. I made my living as a sort of purveyor of jewels, unique weapons and armor. I pretty much cornered the market in the Whiterun hold, still not having traveled anywhere outside of Skyrim's temperate western plains. Every corner, every face, every story was familiar to me.

After a while the game got fed up and had couriers wait outside my home with letters reminding me that the Greybeards were still waiting to train me in the ways of the Thu'um, or that I should at least visit the thieves guild in Riften or the College of Winterhold to learn magic. I wished I could  say to them, the courier, the game, I know what I'm supposed to do. I know I wanted to become the Dragonborn after grad school.

But I had dreams of a different game, one where I could buy land outside of Whiterun and establish my own village, maybe some hamlet where I'd grow and sell nirnroot, keep a small estate on the hill above the one inn, the one shop, and watch it grow. I'd save up enough, invest in a lumber mill or something, take a real vacation, visit the Summerset Isles and hang out with the High Elves. Come back and start a family. The world would shrink. The burden of greatness, of true purpose, would finally evaporate. I'd sit in front of the hearth, stir a pot of grilled leeks and slaughterfish, listen to the sounds of my children, sleep when the sun goes down and rise at dawn, keep my stores full and boots oiled. Never leave the west.

Darren Davis is a contributing writer for Kill Screen. He holds an MFA from the University of Washington.