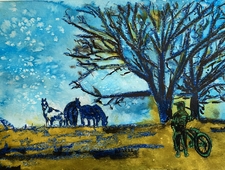 Keeper of the Hidden Sins: Miracles and Michael Clayton 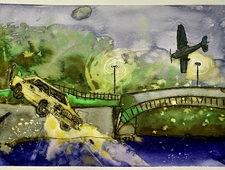 A Terrible Scream: Death and Blow Out

I’ll never forget it. There was a long line of trees to the right of the mound whose trunks had been snapped in half like pencils. The ground was littered with broken glass and bits of paper. And at 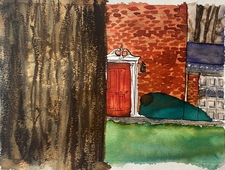 Everything Matters: The Future and Prisoners

In the summer of 2017, my wife and I drove from Philadelphia to New York City for a weekend family reunion. She was seven months’ pregnant with our first child—in the third trimester but still far 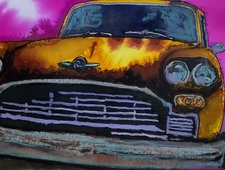 Waiting for the Sun to Shine: The Past and Taxi Driver

In December 1969, the fate of thousands was discovered through televised lottery. All three-hundred and sixty-six days of the year, including the 29th of February, had been typed on one-by-four-inch 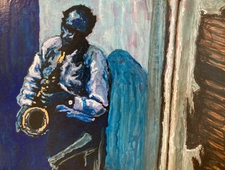 The Devil’s Interval: Memory and The Conversation

I remember the first time I saw The Conversation. I was probably fourteen or so, far too obsessed with the overly opinionated and obstinate author and film critic Harlan Ellison... 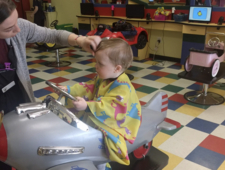 We’ve taken our son, my wife and I, to get his first haircut. He is nearly two, and once I place him in the seat they’ve fashioned from a toy airplane, they play him some Elmo to placate him—oddly 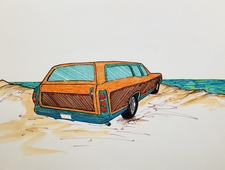 A Hungry Bear Does Not Dance

This is later, after the White House, after he has returned to San Clemente. He has shed the name Nixon, that iron albatross around his neck, and instead now calls himself Milhous. He savors the sound of it on his tongue, rolling it around like a sculptor molding clay on a pottery wheel. He speaks it like an incantation. It does not sound like the past; it instead glimmers faintly with the potential of new life.