Chased by the Muse, Part 1 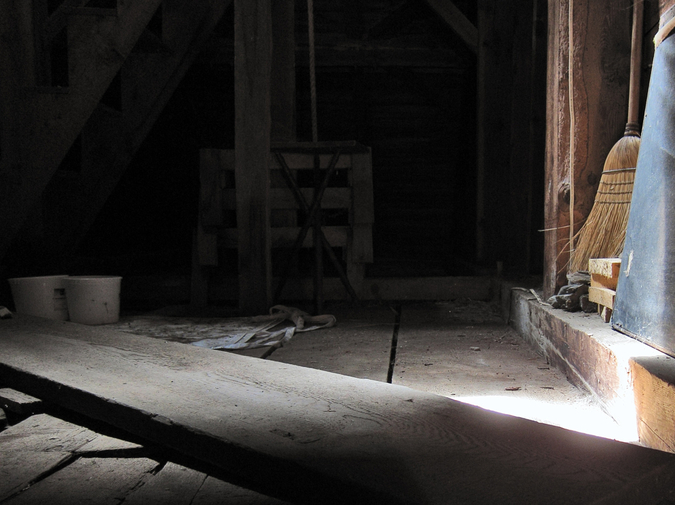 Sing, Muse, of the anger of Odile,

The storm that wrought vengeance on homes and men,

Which caused such misfortune for voyagers and natives,

Setting in motion the adventure that befell our heroes.

No one is going anywhere, he says. You will sleep here tonight.

The hotel manager speaks first in English, then in Spanish. We’ve been confined in this windowless basement conference room for a few hours, and already everyone looks tired.

My husband reaches for my hand, a tenderness he hasn’t lost in eleven years of marriage. We were supposed to spend this last night in Mexico at a cliffside restaurant, watching the sun set over the wine-dark sea. Instead we claim a spot in the corner. We sleep on the floor, packed in like teeth. Hotel staff stand by to make sure no one escapes.

Outside a dragon roars—an ocean overrunning the land. These are not elements, but gale winds and perilous waves, a malevolent, merciless force. As the eye of the hurricane approaches, our ears pop, the doors groan, and the storm crashes with Poseidon’s wrath.

We lay beside strangers, 150 light bulbs radiating heat. The power flickers and the air conditioner stutters to a stop, like the building exhaling its final breath.

Before basement shelters and blackouts, before disappointment and dreams rained out, I hope to catch the muse in Mexico.

We’ve been playing cat and mouse for years, but lately our game is tired, or maybe just distracted. Some days I forget my own age. I keep track only by looking back at flags in the sand: four years since I quit my day job to write, two years since we became parents; five months since our daughter’s birth. This is the first trip we’ve taken without them.

As our plane leaves San Francisco, I tell myself that we deserve this escape—but even my inner monologue is unconvincing. Not since our honeymoon have we sprung for the fancy hotel, the postcard-worthy ocean view, the passport stamp for the sole purpose of enjoyment. Before we had kids, we spent a year in the Philippines, a whole country of people who—except for a tiny, wealthy minority—will never see their homes growing smaller from an airplane window. People who have the word “vacation” in their language but not their vocabulary.

We’ve been stateside long enough to take potable water and hot showers for granted, but that year in Manila still marks us. We—along with everyone else earning over $47,500 per year—are are part of the global 1%. I can never get comfortable with this reality, can never quite balance the scales tipped in my favor.

Now I quiet my inner turmoil with whispers of how good this will be for our marriage, for our parenting, for my writing, which has settled into milk-crusted stagnancy ever since our daughter was born. My husband, whose faith in me is unshakeable, suggested this trip both as an overdue anniversary celebration, and a break from the frantic monotony of the everyday.

I just need a little time away.

A diamond amidst grains of sand.

This is a story of finding the muse in the eye of a hurricane, a story of being lost in a foreign land, a story of coming home.

We arrive at the Westin Friday afternoon, and are greeted with green margaritas and a cerulean sea. I feel something inside slowly unwind, like a loosened screw popping out and rolling under the furniture. I can’t remember the last time I felt so relaxed. No little voices calling, no tiny fingers tugging—no one needing me.

The forecast says sunshine, heat in the nineties, and a chance of thunderstorms on Sunday. The rain seems incidental; we’ll sit on our balcony and read.

It’s Saturday afternoon before we hear the first mention of the hurricane.

You might get a little wet, says a man trying to sell us a snorkeling package.

Sunday morning the sky is crowded with clouds; a few hours later our Monday flight home is canceled.

A memo slides under our door requesting all guests to assemble. We follow a bellhop through the hotel’s intestines, dank back hallways and concrete stairwells. Already the elevators are shut off. Somewhere below, 150 guests sit in a room meant for a few dozen. There’s an empty bottle of vodka on a table and the anxious hum of extraverts recounting other storms they’ve weathered. Most people slump against a wall, their faces glowing smartphone-blue. No one looks like they’re on vacation. And then it hits me—we no longer are.

We are still in denial when we are ushered down the hall to a conference room-turned-shelter, with lounge chair mats and white bedding tiling the floor. We’re compliant, but wonder if the hotel staff are being excessively cautious. Unable to see the storm, we feel curiously uninvolved, like overhearing a neighbor’s TV.

The hurricane’s rumble gradually rises above what the fan next to us can drown out. A wind symphony whooshes and booms beyond the reinforced basement door, and for the first time I wonder if we are safe.

At midnight nearby guests break out the Captain Morgan and a deck of cards, and the hotel manager shakes his head when I ask if he’s going to turn off the lights. We don eye masks, but even with ear plugs, it’s like trying to sleep inside a drum.

When I finally dream, I am fleeing the Muse, a blue-haired goddess whose watery fingers wet the back of my shirt. I wake up gasping in the dark, and have no idea where I am.

The morning after, it’s quiet.

Did you sleep? I yawn. I can tell without turning that my husband is awake.

It could be worse, he says. The honeymooning couple beside us never even got to see their room.

Water drips from the ceiling in the service hallway and workers squeegee puddles into an elevator shaft. The liquid air is hot and thick, worst in the dining room, an airless cluster of tables where sterno lamps heat meals that we consume by flashlight. Spaghetti, steamed broccoli, and yogurt miraculously appear three times a day from a flooded kitchen; later, when we hear about other hotels serving only rice and beans, we will be grateful. But right now it feels like a journey to the underworld.

En route to the bathroom, we pass employees radiating the odors of sweat never dried. Most of them have been working all night. We see in their faces the worry over their families and homes, stories with the endings torn out.

After almost 24 hours inside, time is meaningless, existence reduced to a Sisyphean cycle of sweaty pallets, bathroom trips, and flashlit meals.

Strangers talk spontaneously, as if our reasons for coming here might return us to our vacation. A woman with a gray ash voice asks us what we’re in for. Before we can answer, she says, At least in prison you can shower.

Twice a day the hotel manager dispenses bad news. We feel both resentment and sympathy for our warden.

Every room is destroyed, he says. No one can leave.

There are no flights going out of Cabo. Airplanes are belly-up. The control tower is down. The hotel driveway a landslide. Cars windowless wrecks. We have lost that most basic of modern privileges: our freedom.

We compare our situation to Manila, where we worked for an nonprofit that assisted prostituted women who lived under corrugated metal shacks and neighbors’ scornful stares. There is freedom, and then there is freedom.

Our captivity seems melodramatic by comparison—but it doesn’t stop us from feeling trapped. We are prisoners with an indefinite sentence.

Laura Joyce Davis won the Poets & Writers Exchange Award for fiction in 2013 with an excerpt from THE LOW-FLYING DOVE, her novel-in-progress (the product of a Fulbright scholarship). She was a Kimmel Harding Nelson writer-in-residence (2014), a Pushcart Prize nominee (2009), a Best New American Voices nominee (2006), and a two-time winner of the Mills College Prize for Graduate Fiction (2005 & 2006). Her work has appeared in Runner's World, Shape, A Cappella Zoo, and elsewhere.

Nate Davis is an ad copywriter and editor by trade; this is the longest thing he's written since college. Find him online as @iamnatedavis.