You Are Just a Name I Wrote on My Hand 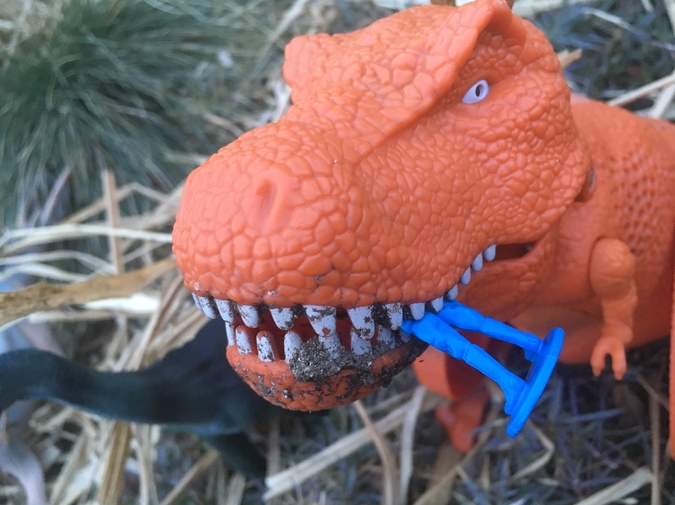 It was a bad habit and his wife would remind him of this when he got home.

Hope, it read, the black ink leeching out in tiny rivulets. If he didn’t wash it off, he might find it the next morning, transferred onto the white, hairless skin of his inner thigh. The name would look like sutures as he stepped into the shower.

He hung up the phone in the History office and conceded defeat. He tried to be philosophical about it. The best revenge, he decided, was not being her.

But come on. “Fat piece of shit”? Was that fair? He looked at the belly piling on his lap, tugging his shirtfront out of his pants. You could pet it, like a cat, or like one of those little French Bulldogs the neighbours had. Sure, he was out of shape, but he also wasn’t seventeen anymore. Or thirty-seven, for that matter. He’d sympathized with his wife over the course of three pregnancies, and it wasn’t like he had a lot of time to go to the gym these days.

But Hope wouldn’t get that. You couldn’t expect her to. Kids don’t even know you’re a real person standing up there. Not that kids even treat each other like real people.

Hey, here’s an idea: how about you don’t spend half the period texting your boyfriend, and then he won’t dump you in the middle of class. Ever think of that? Maybe you talk to him like a human being instead of sending him a bunch of fucking sideways sad faces.

A nose hair tickled at the inside of his nostril.

What was with the phones, anyway? An epidemic. And it’s not like the office did anything about them. You send a kid up, she comes back twenty minutes later with a scribbled admit slip, still texting. No detention, no nothing. That’s why he called her house. He figured he’d cut out the middle man. Of course, the call went to voice mail, and then some robot said, “There is no more room in the inbox,” and to “Please try again later.”  Right. He was going to hang around work and make phone calls on a Friday afternoon. Vanessa was making enchiladas. Given the choice between enchiladas and justice, he’d take enchiladas.

Besides, who knew when there’d be someone home? He tried to imagine the kind of people who let voicemail fill up like that. Was the rest of their life that cluttered? Was their whole house just some overflowing ashtray? He wondered what it smelled like where she lived.

He thought of Hope—her waxy, adolescent body jammed into some complicated outfit, the mean-looking constellation of acne above her cleavage, her cruel, vacant eyes, raccoon-ringed with that black shit girls all wear now. He considered, not for the first time, the weird, sad optimism of her name. He tried to imagine what would happen to her after high school. He pictured her bagging groceries, or working retail. On her last report card, he’d written, Hope needs to develop stronger interpersonal skills.

He thought about running into her, years from now, in the mall, or in a restaurant. Usually, when that happened, even the most awful kids were relatively civil. They softened with age, and he’d always tolerate their little attempts at adult conversation.

“Are you still at the high school?” they’d ask, almost sympathetically, as if he’d been kept back.

With Hope, he wanted to hold a grudge. He wanted to tell her what he really thought of her—let her know that his tolerance had been only professional—but the truth was, in a year or two, he probably wouldn’t recognize her. And by then, what would it matter? By then, a hundred other Hopes would’ve come and gone.

When she stomped out of his classroom, she tried to slam the door, but she didn’t pull it hard enough. It sort of puffed back against a wall of air. He wrote her name on his hand, just as a reminder to call her house, but he knew he wouldn’t really forget. It was just an old habit.

And now, having reached exactly no one, he was worried the inky reminder would work too well. Maybe she’d follow him home. He picked up a pile of marking and straightened it against his desk. He put the papers in his briefcase and snapped the latches shut. Maybe he would dream about her tonight.

He left the staff room and started walking in the direction of the parking lot. In the hallway, a custodian pushed a cart toward him.

“Night,” he said to the custodian.

The custodian plucked a buzzing bud from his ear. There was a faded, murky tattoo on his forearm that might have once been a dagger. “You still here?”

“Have yourself a good weekend.”  He put the speaker back in and continued on with the cart.

Outside, in the warmth of the afternoon, and the impending freedom of the weekend, Hope’s face had already started to fade from his memory. She was a just name he wrote on his hand. When he sat down behind the wheel of his car, he licked his thumb and smeared her into a faint bruise.

Greg Rhyno’s debut novel To Me You Seem Giant is now available from NeWest Press. His writing has appeared in PRISM International, Rhapsody, The Walleye, and Riddle Fence. Currently, he is an MFA candidate at the University of Guelph. He lives with his family in Guelph, Ontario.