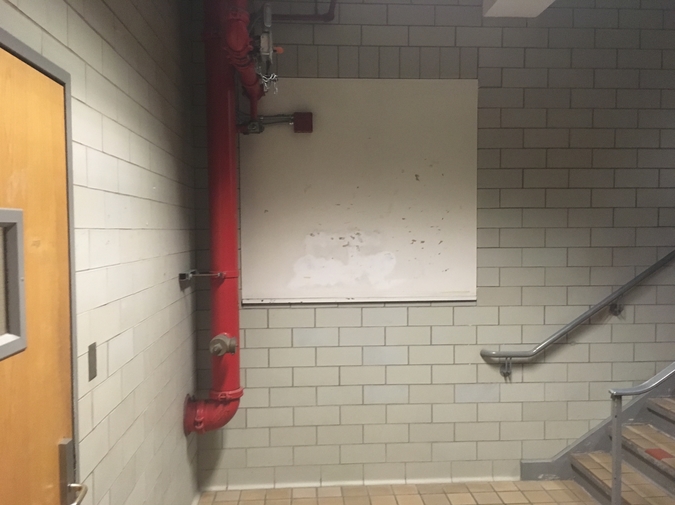 Moe got cussed out for eating in the kitchen. Chef said I never want to see that again. He did a little dance to get around the counter to the other side and stood there with his hand over his mouth, heaving in his pink hoodie. The boss comes because there’s a huddle. Why’s everyone fucking standing around? I’m wiping down the utensils with vinegar and I’m not looking. Sous chef calls and I’m the closest one there but he’s got lazy eyes so how am I supposed to know he’s talking to me. Can I get a jalapeno cheese bagel. He says this a couple of times. Shit do I know I just started working there. I ask if he’s asking me and he says I’m talking to you aren’t I. There’s a guy to our right and that’s where his other eye is looking so the odds are 50/50. I grab him the bagel and he adds it to a tray and gets me to bring it to the bar and the three guys who ordered the tray are so plastered they don’t notice the bagel is the same as the one I just removed from the display. I’m still thinking about “can I get a bagel.”

We call boss big brother because he’s got eyes everywhere. You make a slow turn because you got two foaming Weihenstephaners the bartender didn’t wipe down and he pops up on the sidelines waving and spitting. Sorry about the mess. You make a beeline for the napkin caddy. If big brother could see you now.

There’s no room in the keg fridge. The door closes and I’m shivering. I follow the tags to the right latch and release it. A hissing sound fills the room. I release the handle on the coupler, pop it onto a new keg, push it down, hear the click, and watch golden liquid flow to the fob. Empty kegs go to the back. I lock up and tell the bartender Burdock’s changed and he tells me to get West Avenue as well. I do this a few times until I’ve changed four kegs consecutively.

I usually eat at the bar but today I seat myself at one of the communal benches and Moe plops down next to me. We’re both on break but I feel like I can’t talk. Everyone eats fast and we clean our own trays and it’s back to work. When I clock out at the end of the night my chit says I worked over 10 hours. Before I leave big brother tells me he has a great idea: walk like you need to get to the toilet. I see chef in line at a McDonalds.

When I get home I empty my pockets and hang my coat up. I go up to my room and I’m so tired I fall asleep with everything still in my hands. I count over twenty-four credit cards the next morning. I cut them up with shears. I haven’t taken anybody’s money. You gotta go fast through ten hours. You gotta go go go. Somebody’s gonna get in trouble.

Lily Wang writes from Toronto. She is the editor of Half a Grapefruit Magazine. (socials: @liliecup)