We Have to Go Back 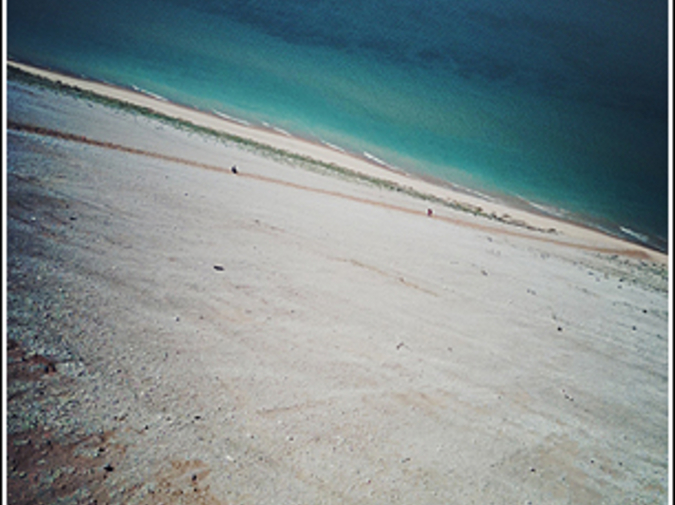 This new Lost will feature you and me and a half dozen other interesting, engaging and gorgeous cast members. It will be touted as “The NEW Lost” and there we will be: gigantic stars. J. J. Abrams will be hailed as a genius having done what no other television person has done before—topped his own super successful show with a completely duplicate yet different show just one year after the first show ended. We will count our lucky stars (whatever that means) that we were chosen to be on The New Lost and we will sleep in the same bed in our expensive company-paid-for-condo because it is big and so soft with all of the mattresses and pillows and down comforters. At night, you will insist we keep the balcony doors open because you like the salt from the ocean breeze to rest between my thighs. I will tell you it gets too cold late at night and that I am going to start sleeping with my underwear on until you agree to keep them closed. I won’t tell you who wins this argument; I will only tell you it was a fun victory.

On the new Lost you and I will share a hut. A hut made out of an airplane wheel well and some palm fronds. You are the brave one and I am the one that looks pretty only when I smile or am roughed up from a danger-evading run through the jungle. But my bikini ass and my amazing personality will lock me into America’s hearts like a nickel-encrusted trophy case made for long, wooden hallways. You are there cleaning the hallway with a machine that shines wood. You are backlit and this is a flashback to your life as a good-hearted, young janitor. I giggle from inside the trophy case. Your hair is so short and clean. Your face is completely shaved. I want to tell you we will crash onto an island in a few months and that your hair will grow long and scraggly and have a beard to match. I want to tell you that you will look more like a criminal than a janitor but it’s still a good look even though I keep teasing that you would look at home in an orange jumpsuit. But I won’t tell you this because I am inside a trophy case that is inside America’s hearts and back on the island it won’t matter anyway because we are famous and we are fighting mysteries.

Using a system of shoestrings, sharpened metal forks and pieces of cuttlefish, you devise a way to trap small animals and the rest of the survivors start looking to you to tell them everything will be all right. They beg to be comforted, every bone of them scared. You don’t like this new responsibility. You are just a janitor on the inside. You do not want to be the new John Locke, the new Jack. You know how their stories end. We go against script. We abandon our wheel-well hut in the middle of the night and expedition ourselves to the other side of the island. We leave a note about going for help and that we will be back. Maybe both of those things are true. Maybe not. All I know is, the paparazzi are now on to us and they hide behind palm trees when we are on our week long breaks from filming. They are trying to catch us being more than friends. They do not know about the bed we share. They do not know that maybe we do things in that bed. But maybe we just sleep. Maybe we just have to be naked against each other in order to deal with all of our newfound fame and fortune because overwhelmed is our new place to live.

Hawaii is a lonely island; beautiful but lonely. We talk about the undecorated lives we left behind; your janitor nights and my librarian days, existing somewhere, back there, on the mainland. That’s what they call it here, “The Mainland,” like Hawaii doesn’t matter. Like it’s not main enough, itself. Like it is a fruit cutter, a wood carrier, a tarp tie-er, a trench digger. Like it’s a tertiary character to the United States. Like it would have to pause the screen and point itself out to its dead grandmother. This makes us feel so small, like pieces of things we used to be.

The morning after that night is when I realize this new Lost is not being filmed with cameras and J. J. Abrams isn’t in charge of the writers that do not exist and are not providing any of the words or situations we are experiencing. I realize that when I recite my dialogue I am only speaking things from my own mind and when we run from the Cloud Monster (new version of the Smoke Monster) we are really in danger and we really might die. I realize that when Jem the Asian lawyer died in a fall from a heroin plane that was trapped on the top of a cliff (redundant from the first season, but oh well) that he really died, that he did not walk away after the director yelled, “Cut!” I dug up his body to be sure. I poked his skin and watched my finger break through; a rotten melon. I wanted to know what world I was living in and, to be honest, I’m still not sure.

You and I go back to the hotel after long days on The New Lost and we sit on our veranda that our janitor and librarian salaries could never afford and we try to figure out just what we should believe in. The conversation goes round and round until we are dizzy with words, until we are lost. We throw our hands up. We decide to take a shower. The water is hot, the soap is silk against our skin and we are so very lucky to be here, together, and that is one thing we know for sure.

xTx is a writer living in Southern California. She has been published in places like PANK, Smokelong, Monkeybicycle, Storyglossia, >Kill Author and Wigleaf. Her new story collection,Normally Special, is available from Tiny Hardcore Press. She says nothing atwww.notimetosayit.com.